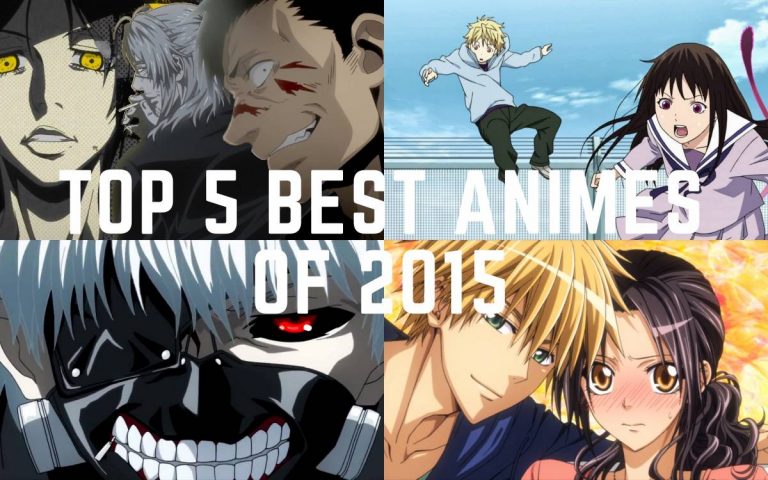 Well, 2015 has been yet another fabulous year in the world of UK anime release titles. For those of you still hanging around waiting on that eagerly anticipated Attack On Titan season 2, don’t fret as there are plenty more shows to check out and here are my top 5 from this year:

Tokyo Ghoul has been one of my favourite shows in the past few years. It seems to strike the perfect balance between action, horror and character driven plot developments. Tokyo Ghoul is set in a world where ghouls (beings that appear human but feast on human flesh and have special powers) live alongside humans in a tense battle for coexistence. The CCG are a force that protect humans and intend to eradicate ghouls. And so begins a morally complex war where no one is exactly sure where the lines between right and wrong are drawn.

Season 2 picks up straight after season One’s action-packed, disturbing end. After undergoing serious mental and physical torture, Kaneki is no longer the shy, naïve, misfit we met last season. He is reborn as a vengeful, powerful badass that abandons his past connections to Antieku and joins the militant pro-ghoul anti-human group Aogiri.

Tokyo Ghoul’s ability to make us care about different characters, whether they are human or ghoul, is where this show’s true strength lies. Yes, the gory fight sequences and beautiful animation are captivating, but what makes this anime unmissable is the way it manages to so easily change your viewpoint through one simple phrase or expression from a character. In short, that’s why this is on the list. It takes great skill to make people care about characters that may at first seem very hard to love.

After the emotional rollercoaster of season 2, we’re left wondering what’s next for Kaneki and how peace can ever come to a world with so much hate, fear and anger in it. But life goes on and as Touka opens up a new café at the conclusion, it is a shining beacon of hope in an otherwise bleak open ending. I’ll be eagerly awaiting season 3 to hopefully get some more answers and so should you.