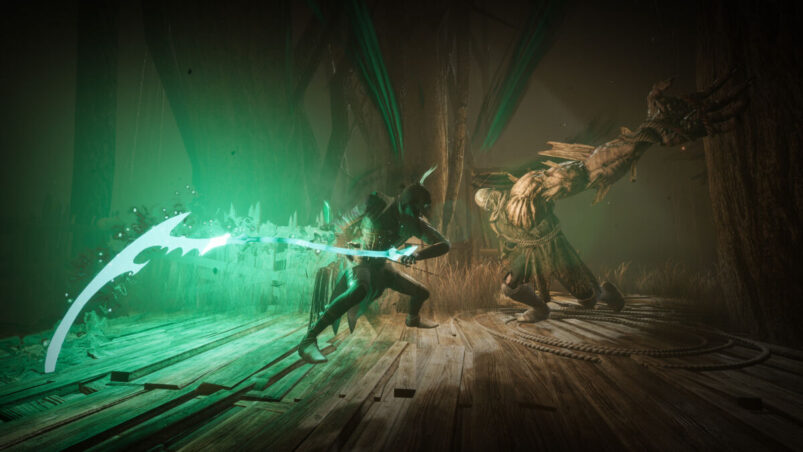 Thymesia is a soulslike that emphasizes super fast and reactive combat. You take the role of Corvus, an interesting man who you’re able to level up and build any way you like. While there are plenty of good choices to tailor your experience to how you enjoy playing the game, there are a few talents that are essential to have.

Corvus gains access to talent points as he increases his base skills of Stamina, Strength and Plague. Until level 24, each point you put into a stat using memory shards found throughout each level will give you a single talent point. There are quite a few talents, but there is a key selection that could be considered essential and should be obtained as soon as possible.

Luck is a talent that should be obtained first above all else. Located in the Strategies tab of the Talents menu, talent will help you level up your plague weapons, since it increases item drop rates from your enemies. This is incredibly useful, since hitting level 5 with a plague weapon unlocks its Extended Action. Early plague weapons such as the Knife and Axe have incredibly useful Extended Actions that will help you throughout the game, as well as helping you level up your personal favorites up easily.

Plague weapons are a core part of Thymesia’s gameplay. When you first learn to wield them, you are only allowed one. Plague Weapon Lvl2 is another skill located in the Strategies tab and is the upgrade option of Plague Weapon. The upgrade will allow Corvus to carry another plague weapon, using a button to swap between your two options. This is another skill that should be taken as soon as possible, and makes for a great first choice since it remains useful throughout the entire game. Thymesia is a game about always being prepared, so the more options you have access to, the better.

Corvus’ ability to dodge will go a long way, and after upgrading your basic dodge you’ll have the option of two paths. One gives you an extra short dodge, but Long Dodge proves to be the more useful of the two. This is mainly because of the ‘Defensive’ buff it grants you after a successful dodge. ‘Defensive’ and ‘Offensive’ are the two main buffs Corvus uses and while Offensive can be granted by many sources such as Claw attacks and plague weapons, Defensive is harder to come by. Both of these buffs stack to 5, giving a 2% bonus to attack power and damage resistance respectively, so having reliable access to Defensive after any successful dodge is incredibly valuable.

Your Execution ability is the move you use on dazed enemies to kill them. Upgrading your twice in that tree grants you Healing Execution, and upgrading to level 2 is the perfect way to keep up momentum while exploring a level. Basic enemy kills normally grant 50hp per execution while using this talent, which adds up quickly when you’re going up against a series of easily killed foes. Elite enemies and minibosses grant 80hp per kill, with level bosses rewarding over 100hp after an execution. It’s also a great way to save potions when you know you’ll be able to score some quick kills easily, which is always valuable in Thymesia’s unforgiving world.

While the talent tree branches out after this talent, level 2 is arguably the most important piece. It upgrades your basic saber combo 5 hits instead of the measly 3, which enhances other talents in the Saber category. Energised Weapon and Sharp Weapons are much more useful when backed up by the extra two hits that this talent grants the basic saber combo, making the talent essential in order to maximize your overall damage. While the branching paths after this talent are much more a matter of personal preference, Saber Attacks Level 2 is a talent you’ll want to prioritize before branching into the rest of the Saber category.

These talents are some of the most important to have in the game. While talents such as Luck may not be useful for your entire playthrough, every other one is. You’ll always want the most HP after every execution, and you’ll always want more than one plague weapon on you at all times. Above all other talents, these are the ones that will serve you the best, especially at the beginning of the game.