The Silence REVIEW – A Battle To Get Through

Because bat, battle? Get it? Whatever. Also this movie blows. 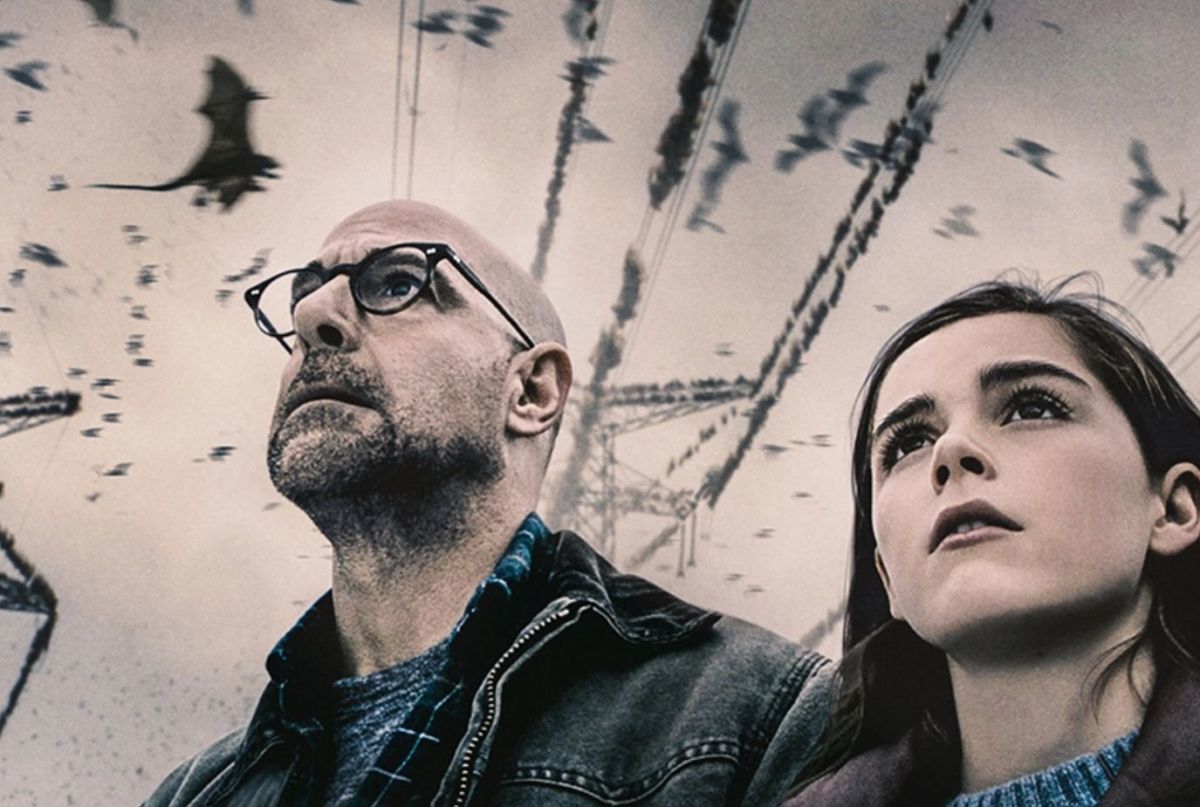 Home
Gaming
The Silence REVIEW – A Battle To Get Through

It’s happened. After a successful run of unique and well-done projects released by Netflix, 2019 finally sees the first big bad IP to be released by the company. In contrast to the likes of Love, Death and Robots and The Umbrella Academy, which follow original premises and handle them with excellent writing and performances, there is The Silence, which ventures too far into familiar territory to be enjoyed properly.

Based on the Tim Lebbon novel of the same name, the story follows the Andrews family as a species of blind monsters known as Vesps accidentally get released and start attacking the population. There is some hope, though: the creatures can’t withstand cold conditions, so survivors have started moving north, safe from the relentless beasts. However, as the Andrews try to make their journey, a more human danger stands in the family’s way, threatening to tear the family apart.

There is a lot to say about The Silence, and not much of it is positive. First of all, there is a group of creatures that threaten humanity’s existence after being unearthed by a team of diggers. Sound familiar? Well, it should, as that’s how the 2002 film Reign of Fire started. Also, these creatures react to sound: make too much noise and you’re dead. But it’s ok, because one of the protagonists is deaf, so the family the movie follows is already used to living in silence. Sound familiar? Well, it should, as it has a lot in common with 2018’s A Quiet Place. And despite all the similarities, A Quiet Place does it a lot better. While that film was handled in a clever and tense manner, The Silence holds the audience’s hand throughout the story and is quite frankly boring.

As far as the creatures go, the Vesps are nothing to brag about. Their design is very basic, looking like pterosaurs and behaviourally feel reminiscent of a similar blind monster: the bioraptors from the 2000 horror film Pitch Black. While other horror movies have added tension by keeping their creatures hidden or only showing fleeting images of them, The Silence just shows the audience the monsters and they are, much like the rest of this film, underwhelming. While films like Pitch Black and A Quiet Place kept their creatures as a constant threat, the Vesps only seem to attack for plot convenience. There is a scene where the Andrews family are sitting in traffic and car horns are blaring. Shouldn’t this be drawing the Vesps directly to them?

Despite all of the problems The Silence has, the cast is remarkable. Stanley Tucci stars as Hugh, who is an extremely talented actor and actually does great as a father simply trying to look after his family in a time of crisis. Miranda Otto plays the mother, Kelly, and while it’s not her strongest performance to date, she does a good enough job in this. Kienan Shipka plays Ally, who the audience will most likely recognise her as the lead role from Chilling Adventures of Sabrina (which is another project people would be better off watching). Though she is a talented actress, her performance in this is serviceable at best.

However, there is one issue with this particular casting choice. Another example of what A Quiet Place did better than The Silence was that they actually cast a deaf actress, Millicent Simmonds, for a deaf character. Not only did this add more authenticity to the film, but it also allowed a minority to be represented properly. Having Shipka in one of the title roles will undoubtedly draw some people, but hiring a hearing actor undermines deaf representation. This is no fault of Shipka’s, but is something the casting team should have considered.

The Silence’s writing is simply poor. The film opens up with a montage before cutting the sound out on the title, which may have tried to introduce tension but comes off as stupid. Also, the human antagonist communicates via writing in a notebook, and at one point, writes ‘shhhh’ before displaying it to the Andrews. However, instead of being sinister, it was more comedic than anything else.

The best way to equate this film is to a product of The Asylum. For people unfamiliar with The Asylum, they are an American studio best known for making cheap versions of more popular films, piggybacking off the success of better projects with little effort – a slimy practice, but one that works. This is what The Silence feels like. Despite being backed by one the biggest streaming company in the world, it feels like a remake of a much better, more original product.

The Silence is one of those films the audience are going to regret watching. While the Tim Lebbon novel has been positively received and is worth a read, the movie adaptation sucks. It feels like a group of film students wrote some bad fanfiction of A Quiet Place and decided to adapt it. However, the movie was also produced by the same people who did the Resident Evil movie series, so maybe it was doomed from the start. The only way The Silence could be recommended is if someone was studying film, and they wanted to compare a bad film to a good one. Otherwise, give this one a miss.

Verdict
The Silence feels like a cheap rip-off of better products. Read the original novel by Tim Lebbon or watch A Quiet Place instead.
2
Cultured Vultures is a pop culture website established in 2013 covering all things gaming, movies, and more. We eat your words.
All The News On The Biggest Games