The Phantom of the Opera – On Love and Sexuality

What can Sir Andrew Lloyd Webber's masterpiece teach us about love? 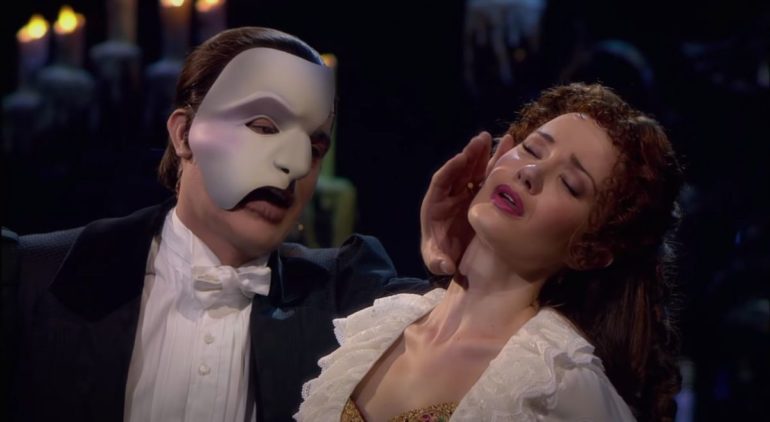 If you are a Broadway fan, you would have heard the news that The Phantom of the Opera was available for viewing over the weekend on YouTube. I think even people who are lackadaisical about musical theatre would have heard the news, and might have even been tempted to catch it to see what the fuss was all about. Nothing beats watching a piece of musical theatre like The Phantom of the Opera in the flesh, but a filmed version offers a lot of benefits as well. I am never near enough to the stage to see all the expressions and emotions the way I can from this online version; Christine’s voice and beauty is even more breathtaking, the phantom even more grotesque after the unveiling.

Over on Instagram, I set up a poll while watching, asking my friends to tell me who they prefer – is it the phantom or Raoul? My friend and I got into a heated discussion about this, for she couldn’t understand why I would root for Erik (the phantom’s name) over Raoul, when the phantom has murdered at least 2 men which we know of, and basically stalked and preyed on Christine. Raoul is a good man who loves her, and he even risks his life to save her – he is better choice in every way. The poll, however, was mostly in my favour, with most on the side of the phantom, choosing him despite the terrible things he has done.

For me, I have never looked at it in a literal fashion, mostly thinking of the two men as symbolic representations of love itself. Erik represents the darker sides – sensuality, sin, seduction, while Raoul is tied to innocence (he was her childhood friend) and stability. This contrast is seen in how different the songs she sings with each men are. Music of the Night is alluring, caressing, a song for her “fantasies to unwind”, and with All I Ask of You we get lighter, brighter tones, a song encapsulating the banishment of darkness and welcoming of the daylight. Christine chooses Raoul because he is the safer choice, and even in the song we see that it isn’t because she loves him more, but looks to him “to hide [her]”.

She is afraid of these darker sides of herself, which is what the phantom brings out in her. You can see it in their interactions together, where she is caught in an almost orgasmic trance only to plunge into fear the next moment because of her fear of the fall. If we watch her actions carefully in her performance of The Point of No Return, the lyrics speak of lust and consummation, and while she is acting in order to unmask him, there is a part of her that desires to give in.

Erik also understands her musical ambitions and tries to fulfill them for her; their love of music is what ties them together. Erik’s origins drip of isolation and abandonment, he doesn’t know how to love Christine except through darkness, because that is the only state he has ever known. He seduces and manipulates her as he thinks this is the way to win her love. He believes she will never love the monster he believes himself to be, so the only way to keep her with him is to trick her into it. But as Christine shows him at the end, love isn’t about being selfish and demanding your own needs; it involves sacrificing or compromising on what you want so that the other person can be happy.

In our post-show discussion, my brother and I pondered aloud on our support of the phantom despite his misdeeds. The conclusion made is that we root for the phantom because, in him, we see our own brokenness and flaws, and deep down, feel the echoing fear and belief that no one will love us if they saw us for who we truly are. At the end of The Phantom of the Opera, Erik forces her to choose, giving her two options that don’t bode well for her either way. If she chooses to stay with him, he will let Raoul live, but if she decides to pick Raoul over the phantom, then Raoul dies. When she kisses Erik, she is allowing herself to acknowledge that she does love him, and in the same breath the phantom realises he cannot doom her to a life with him. In that moment, he is more man than phantom, reciprocating the compassion she has shown him.

It is a redemptive moment, where he allows her to leave with Raoul, knowing that Raoul can offer her a stable life, while a life with him will be that of hiding and despair. The intriguing thing about all of this is the somewhat sequel to this, Love Never Dies, which highlights the love story between Erik and Christine more acutely. I say somewhat sequel because The Phantom of the Opera is pretty much a complete world on its own, however, there is a tiny narrative gap since Raoul returns to the opera house as an older man at the beginning of the musical, and we discover that Christine has died some years before. So what happened to Raoul and Christine in the years after they escaped the phantom’s clutches? Love Never Dies attempts to answer that.

So even though Raoul is the logical choice, we see that Andrew Lloyd Webber himself wanted to create another world where Erik and Christine could have more of a chance at romance. At the heart of it all, we are drawn in by the obsessive and all-consuming state of love that the phantom represents, even if it is the more dangerous choice, and one we will get burned for making.