The Performance: It’s All A Circus, Kid

A reflective night at the theatre. 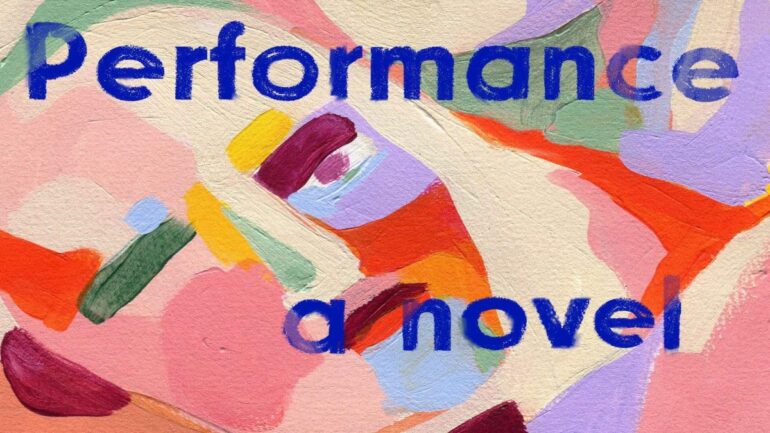 In the middle of Claire Thomas’ The Performance, the prose narrative of three women sitting in a theatre and watching Samuel Beckett’s Happy Days takes a break and their story is told instead through a play script, as the three of them enter one another’s orbits for the first time and become aware of the existence of the other two.

It is a slightly jarring change of pace, but Thomas can’t have intended for it to be anything but disruptive to our reading, in the same way that the interval is disruptive to the play Margot, Ivy and Summer have been watching, and disruptive to their trains of thought. For the first time we are removed from the women, instead of being invited, unfettered, into their deepest thoughts, and see them as other people see them. It is a fascinating use of form. It also reminds us, as does everything in this book – the title, the premise, the setting – that everything is a performance. Our entire lives, a careful deliberate series of choices for other people to see and digest. Where better to do that than at a theatre, where we have brief but memorable encounters with the people around us?

It is a blisteringly hot evening in Melbourne, with forest fires raging outside the cool, air-conditioned world of the theatre. Margot, Ivy and Summer are the three women watching Happy Days, Samuel Beckett’s celebrated play in which the character of Winnie is buried up to her waist and then her neck in earth. Despite this, Winnie is an upbeat person, hoping that one day the earth will crack open and release her. Optimism – or at least the illusion of optimism, despite overwhelming odds – could be the thesis for the whole of The Performance.

Because, despite the oddness of the play that they are watching, and how it allows the women to meander from thought to thought, The Performance doesn’t become downbeat or overly melancholy. Given some of the subject matter, that is quite a feat. Margot is a successful professor of literature, a subscriber to the theatre who knows all of the people that usually occupy the seats around her. Ivy is a philanthropist, uncomfortable with having been given her tickets for free. Summer is the youngest of the three, an usher who perpetually misses the first ten minutes of the play waiting in the lobby with the latecomers. They all know Happy Days well, and so none of them are particularly focused on what is happening on the stage.

Summer, on the other hand, younger and suffering from anxiety, is less inwardly focused. She is well aware of the fires in the world outside the theatre, partly because much of her anxiety springs from environmental concerns, but also more immediately because her girlfriend April is attempting to make the drive to her parents up in the mountains – into the very midst of the fires. Her inner life is no less nuanced than Margot’s or Ivy’s, but she is much less concerned with how people see her than they are; indeed, her one run in with Ivy, where she is suddenly forced to understand that other people perceive and make judgements about her, seems to be a bit of a shock to her system.

The Performance is a strong, character driven narrative, with a laser sharp focus on the inner lives of women and how we perceive one another, and ourselves. How our eyes drift over something that should perhaps be concerning because we do not want to see it, but how the slight tickly cough of a stranger in a quiet theatre can be a cause for much irritation. We are all the main characters in our own play, but we shouldn’t ever stop being aware that other people are the main characters in their own.