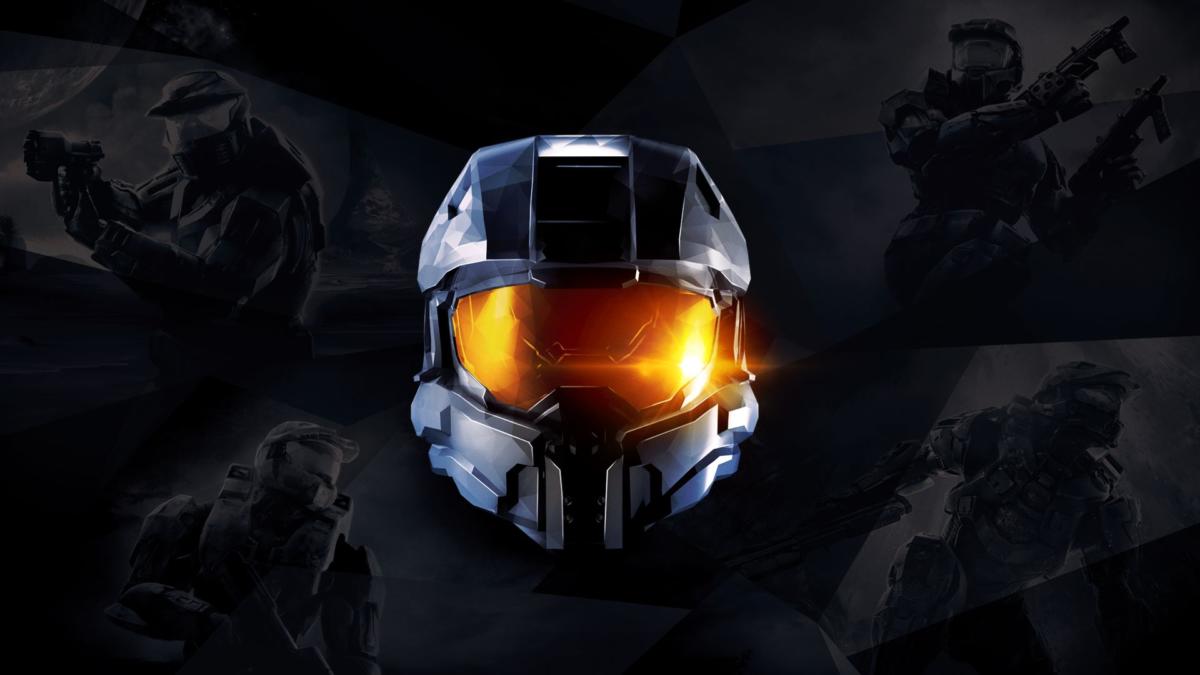 Halo Infinite’s release was kind of a big deal. It’d been over six years since the last new Halo multiplayer experience. On top of that, Infinite is the most accessible launch from an economic standpoint since it’s free to play, and the game launched on PC, Xbox One, and Xbox Series X | S on day one, with cross-play between all platforms. And yet, I’m not really drawn to play it much anymore because there’s already a feature-rich Halo experience on all of these platforms.

The Halo: Master Chief Collection is comprised of Halo 1, 2, 3, 4, ODST, and Reach, and while it first launched on Xbox One, it has since been released on PC and made playable on the Series X | S consoles. But how could this collection of old games hold a candle to the new elements in Infinite? Well, it’s because the MCC is a constant reminder of just how much is currently missing from Halo Infinite.

The State of Halo Infinite

Halo Infinite was one of the most anticipated multiplayer experiences of 2021 and, luckily, it launched with fewer bugs than its competitors. However, that doesn’t mean that it was all hoorahs and Moa meat. Outside of the controversial battle pass and a pricey armor store, there are a number of features common to multiplayer games that are missing or just too broken for the community to currently use.

For instance, one of the biggest modes that had been marketed for Infinite was the new Big Team Battle match type. A lot of people enjoyed this mode over the usual 4v4 match types, but places like Australia were having a ton of issues with connecting to games. Over time, these problems have increased and now affect other countries to the point where people in the UK and US can’t connect to BTB games at all, either.

Of course, there are still other match modes available like Slayer, Tactical Slayer, and Quick Play. However, these modes offer only slight variations on Slayer or, in the case of Quick Play, are a grab bag of modes that the player has no control over. There is currently no way to try to exclusively play objective if you want to take advantage of a full squad. There isn’t even a veto system to put a bit of control into your hands during matchmaking to help decide between another Slayer match or a round of Oddball.

In some ways, 343 Industries was upfront about some features and confessed that Forge wouldn’t be available for players on day one but that they would have access to Custom Games. That should have sufficed and given players a little taste of what the community could do with the custom tools.

However, connecting with friends can be more trouble than it’s worth, and the options that players currently have with Custom Game settings are extremely limited, even when compared to options in Halo 2 or 3.

For example, match types such as Infection, King of the Hill, and Infinite’s new mode Elimination (which has an achievement associated with it) are nowhere to be seen. There are no options to use these modes because they aren’t officially in the game yet. We also don’t have much control regarding weapon spawns or vehicle spawns like we did in older Halo titles.

Alright, that’s all fine. It’s a live service game, so we know it’s going to evolve over time. I can just enjoy grinding the BP and working on improving my own skills, except that’s harder than it might seem. Currently, Halo Infinite doesn’t have a way to track personal stats.

There are third-party sites like Halo Tracker that are picking up some of the slack, but it’s incredibly disappointing that neither Halo Waypoint nor Halo Infinite track stats or have a service record like previous entries in the series or even other AAA multiplayer competitors.

There is also a rampant cheating scene occurring in both social and ranked playlists that has begun to frustrate many online on all platforms due to forced cross-platform play. Hackers can see through walls and make impossible shots across maps. The free-to-play structure of the game not only made Halo accessible to potential fans but much more accessible for hackers as well.

As cool as it is to grapple around a map and hear the announcer say “no scope” when you land a perfect Skewer shot, it’s not enough to make me want to play for longer than a match or two. Part of this might be because I can already play a Halo game that’s filled with the features that I have come to expect from a modern FPS multiplayer game.

Why Is the Halo MCC Still Relevant?

Halo: The Master Chief Collection came out in 2014 and immediately landed 343i in some hot water due to many of its features not working on release. From the cross-game multiplayer playlists to server connectivity and hit detection, there were quite a few basic issues that had to be overcome. Over the course of its life, the MCC has received a ton of bug fixes and additions like the inclusion of Halo 3: ODST, Halo Reach, and Firefight.

The overall UI was improved and allowed for a fairly customized matchmaking experience. You could choose the match types you’d like to search for, the preferred games to include, and a preferred match size to search under.

This experience is in stark contrast to 343’s matchmaking philosophy in Infinite, where you’re restricted to a handful of similar match modes. The level of freedom in deciding your preferences in MCC is night and day to Infinite, and the fans who’ve become accustomed to this user-friendly experience might have suffered a bit of whiplash moving over to Infinite.

Even if you want a more casual experience, there are a lot of match types in MCC, from Action Sack, Grifball, and Fiesta to the Custom Game Browser and Forge. It’s just a lot easier to get lost in this game and that’s thanks to the years of work that 343 put into it. We can finally enjoy it to an extent few of us could have imagined in 2014.

MCC is in a completely different part of its life compared to Infinite, and that’s okay. What once launched as a celebration of the series’ roots riddled with bugs became something so much more over time. The MCC would evolve and, after 343 came back to the game in 2017, everything changed.

Each individual game in the collection’s matchmaking has been improved, new modes and games were added, and cross-platform was enabled between Xbox and PC. Customizable options were expanded for Halo 3, 4, and Reach and introduced for Halo: Combat Evolved.

With all of these additions in the MCC and so few being offered by Infinite, it can be easy to ask yourself, “what happened?” Because there are currently a lot of reasons to play the MCC and not that many to play Infinite, besides the fact that it’s the new Halo.

There’s No Lack of Halo

Every Halo is now playable on the Xbox Series X | S and Xbox One and almost all of them on PC. If I’m craving Halo, I can easily play it and have a huge number of supported options available to me. Few franchises have this many games supported at the same time. Halo 3, a 2007 game, is still receiving new content through the MCC with customizable armor pieces and a new map as recently as fall 2021. The incentive to play a less user-focused game just isn’t necessary here for long-time fans.

I do enjoy the core of Halo Infinite. It has a really solid foundation, but the little things add up, and Infinite gives me little reason to overlook them. It can feel like you are playing a shell of a game. I might even get the argument that people just want to play Halo no matter how they do it, but there are currently better ways to get a Halo experience on all of these platforms.

When I boot up Infinite, and I’m kicked out of lobbies, or I win a match only to realize there’s no incentive to win since they aren’t currently tracked, it’s a struggle to find a reason to play it over other iterations of the franchise.

I can get a similar experience with more features and a more consistent server connection in other multiplayer games, including Halo MCC. So I’m almost completely back to where I was before Infinite launched, playing MCC and its old maps and waiting for a new Halo update to drop.

This is especially frustrating because 343 are no strangers to this kind of launch. Halo: The Master Chief Collection was a buggy launch with a number of playlists not working, Halo 5: Guardians lacked a ton of content at launch including Forge, and now Infinite has both of these issues.

With the improvements to the MCC over the last few years, many had begun to see 343 as finally listening to their community and putting their best foot forward. However, it’s possible they learned the wrong lessons from their late success with the MCC.

The regular content updates to the MCC were a big incentive for people to come back and work further into their season passes and play with the new things added to these classic games. However, it seems like 343 wants to recreate that EXACT experience with Infinite.

By launching with very few modes or options for the player, they can keep reeling people in with the promise of new content, instead of releasing an experience that people both inside and outside of the community would expect from a modern multiplayer Halo. Infinite’s lackluster matchmaking smacks more of gross industry practices rather than a passionate team that has total control of their product. The MCC was a redemption story and Infinite followed it like a total wannabe.

It feels like by playing Halo Infinite you’re an early adopter, willing to play a below-average experience in the hopes that your investment will reward you with substantial upgrades in the future. I’m not interested in being in that camp, but I’ll come back if and when Infinite decides to give me a reason to choose it over the MCC to scratch my Halo multiplayer itch.