Canon Control: The Mandalorian Gets Its References Right

You could almost believe it's part of a beloved franchise. 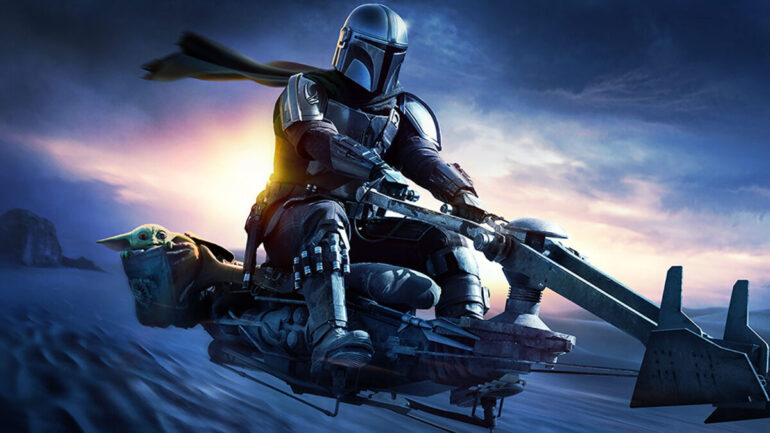 Star Wars has a unique relationship with its canon. Unlike most franchises, it has an almost obsessive love for it, with every property filled with references to trigger a sense of nostalgia. But in this cacophony of callbacks, the creators can lose sight of the story they’re telling. The Rise of Skywalker is the worst offender, using the infamously memed Revenge of the Sith quote “the dark side of the force is a pathway to many abilities some consider to be unnatural” to justify Palpatine’s resurrection, without further exploring the issue. The Book of Boba Fett struggled to juggle references with its story, resulting in a directionless show. Thankfully, The Mandalorian handles its references in a more tasteful manner.

These references aren’t just a cheap hit of nostalgia or shoehorned in, but actively improve the story being told. Nowhere is this displayed better than in Chapter 16: The Rescue. References are found throughout this episode, but they are always in service of the story. The episode features several iconic starships and characters throughout its 46 minute runtime but they’re used to make the story better.

The opening dives straight into the references, starting with a chase already in progress between Boba Fett and Doctor Pershing. The sequence uses the iconic sound effects of both Slave One and the Imperial shuttle to its advantage, making sure the audience can hear the unique hum of the shuttle and the rapid fire of Slave One’s cannons. As the audience are attached to both ships, they are immediately drawn into the episode. The use of Slave One speaks to the successful resurrection of Boba Fett, with him finally being the badass his armour hints at by giving him several action scenes to show the usefulness of his gear. 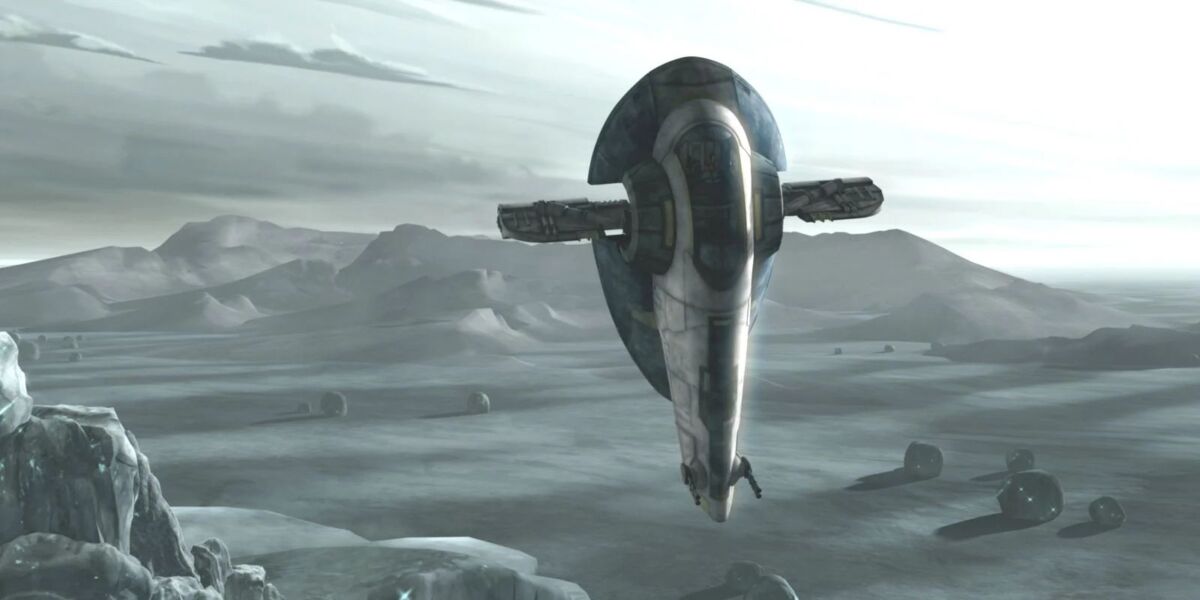 Fett shines again in the next sequence, meeting Bo Katan-Kryze, a character from Star Wars: The Clone Wars. In her first live action appearance, she challenges Din’s identity, and she is now challenging Boba’s. In The Clone Wars, Bo displays a racist sentiment when she refuses to accept Maul as leader of Mandalore, based solely on the fact he’s an outsider. This discriminatory attitude comes up here as she refuses to accept Boba as a Mandalorian, insulting his heritage for added injury. Mandalorians always view each other with suspicion, the very reason they have lost their planet. This idea is called out in the episode, and wouldn’t be possible to do without either character.

The next scene gives a rundown of Gideon’s Arquitens light cruiser. It appears in both Clone Wars and Star Wars Rebels, with its appearance here being more than just a callback. Gideon operating a Star Destroyer wouldn’t make sense, as these are huge symbols of Imperial power, which is the wrong message in a post-Return-of-the-Jedi timeline. The Imperials still pose a significant threat, however, so a damaged Star Destroyer wouldn’t fit either. A small but threatening ship is needed. The creators could make a new ship, but that would raise questions about its whereabouts during the original trilogy. The Arquitens is a reference which fits perfectly.

Once Bo Katan and her team attack the Arquitens, Gideon activates his platoon of Dark Troopers. While Dark Troopers are a concept that originated in Star Wars Legends, their use in canon is more than just a nod to that. In the Legends continuity, they are shown to be nigh unstoppable, and The Rescue presents them similarly, raising the stakes in the process. The audience has seen Din defeat waves of stormtroopers, something needs to challenge him. It also makes sense in the timeline: Manpower for the Empire is scarce, forcing Gideon to build droids to bolster his meagre forces. Turning to this pre-established concept is more than a nostalgia trip, it’s vital for the episode. 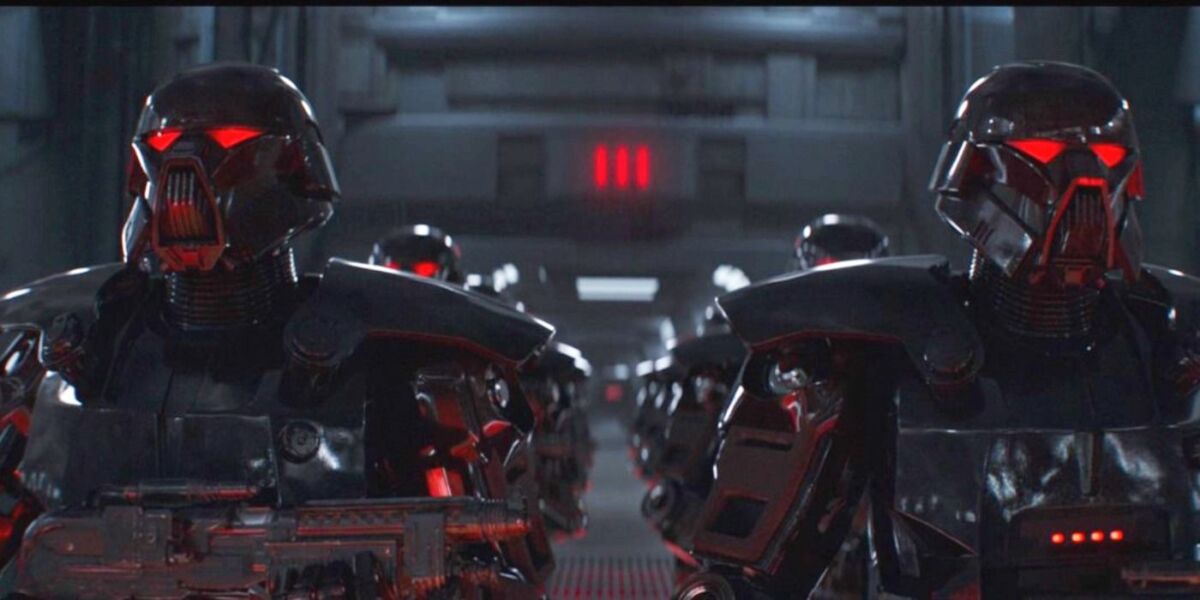 Gideon then appears with his fabled weapon, the Darksaber, threatening Grogu. The weapon is highly important, appearing in several Clone Wars and Rebels episodes. The weapon is held by the ruler of Mandalore, but if it’s won in combat the winner becomes the new ruler. The audience expects Din to be furious that Gideon has the ancient weapon of Mandalore. The Empire is responsible for committing atrocities against the Mandalorian people, and, being from a cult that follows the ancient Mandalorian way, Din would want the weapon. But Din has grown past these past slights and restrictive dogma. All he wants is Grogu to be safe, the mark of a true father.

Another reason why the Darksaber is important is because of the conflict it causes between allies. When Din enters the bridge, it shocks Bo that he has the Darksaber, a weapon she covets. Bo wants the Mandalorian people to unite, but behind her. Din blocks the path to this goal. Din can’t give it to her either, Gideon is right to say it would make her a pretender to the throne. However, Din isn’t interested in the responsibility the sabre bestows, but can’t relinquish it easily. The further exploration of this conflict looks like it will drive the third season, and it’s a promising avenue.

The Dark Troopers make their return, the small crack of fear in Fennec’s voice when she announces this denoting the danger our heroes are in. When all seems lost, that’s the moment Luke makes his triumphant entrance. Many fans disliked how the sequel trilogy handled Luke. The sequels have him abandon his friends and the galaxy, and that isn’t something Luke would do. This episode gets his portrayal right. It reintroduces the mysticism surrounding the Jedi, something highlighted by Ludwig Göransson’s accompanying theme “A Friend”. Luke is at the height of his powers, with an elegant display of lightsaber strokes and Force powers. But it isn’t for no reason, he is helping the citizens of the galaxy, embodying the ideal Jedi. 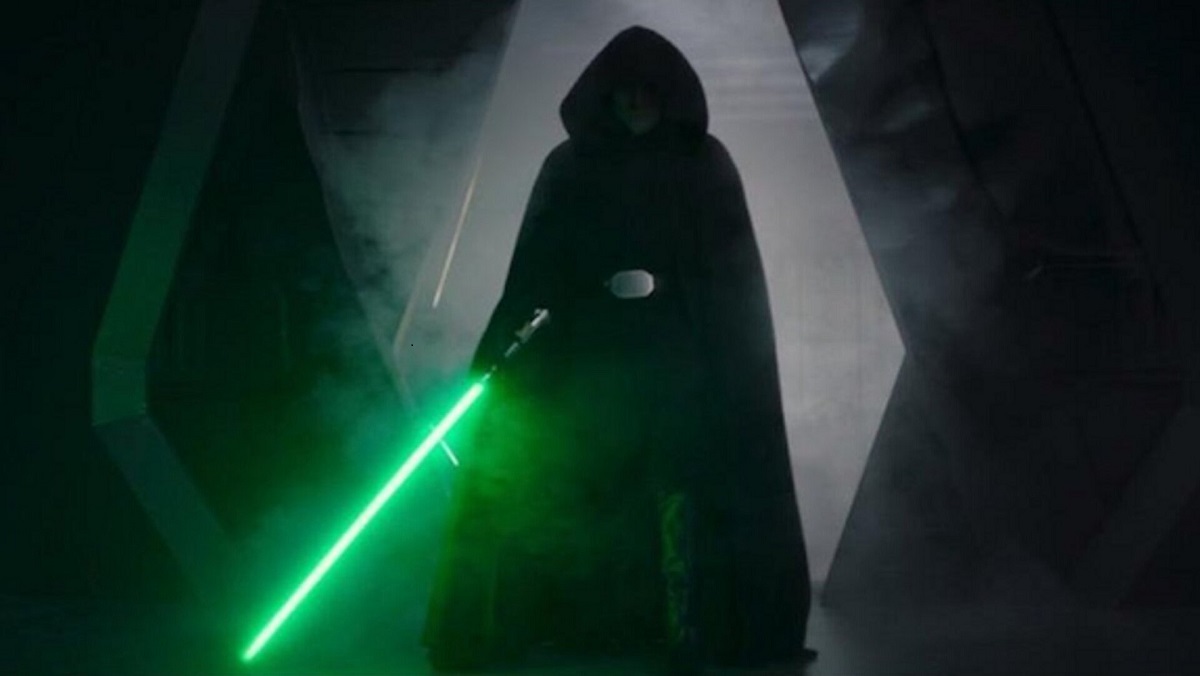 The way this episode uses its canon references is indicative of how the rest of the show handles continuity with the wider Star Wars franchise. Each time a reference is used, there is a reason based in the story or character, not just to get a nostalgic squeal from the audience. Whenever the creators at Lucasfilm use a legacy object, they should ask themselves if it benefits the story being told, rather than just including it for the sake of a reference.

Using such an object with a story reason in mind heightens the audience’s experience, just doing it for the sake of having a reference can drag the entire viewing experience down. The Rise of Skywalker includes soulless references to pander to the audience, such as naming a Mustafar when it looks nothing like its prior appearances, or giving Chewbacca a medal, to ‘correct’ him not getting one in A New Hope. These references also come at the expense of the characters in the film, criminally sidelining Rose Tico and Finn.

The Mandalorian, however, carefully selects meaningful references that improve its themes of identity, and never forgets that this is a story about a bounty hunter turned father, delivering an emotional ending to its tale. More Star Wars tales should take this approach to references, rather than shoehorning them in for nostalgia.

READ MORE: That Insidious Beast: The Mandalorian And Son