The Letter for the King: Season 1 REVIEW – Plucky Kids On A Quest

A gang of children go off on some adventure or other in this slightly generic fantasy offering. 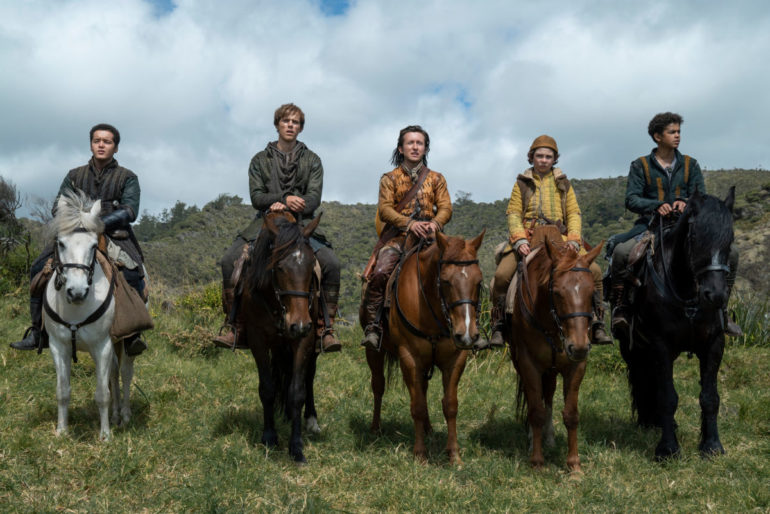 Inspired by the Dutch novel De brief voor de Koning by Tonke Dragt, the latest live action fantasy foray from Netflix sees a young teenage boy called Tiuri caught up in a quest to save the kingdom from a terrible and bloody fate. Following hot on the heels of other fantasy programmes such as Dark Crystal: Age of Resistance, Carnival Row and The Witcher, The Letter for the King makes a strong initial impression. This is mainly due to the high production values and solid casting, which are two particularly important aspects when adapting fantasy works, as you are presenting a large world with a lot of characters.

Those previous examples of fantasy shows I mentioned have proven that TV is an extremely effective fit for the fantasy genre, because it allows them to focus on a number of different storylines and more often than not introduce concepts such as magic that need time to be explained. The Letter For The King continues to demonstrate that fantasy stories with multi layered worlds and multiple characters suit the format of a TV show just as well if not better than films. While some storylines are a little overlooked and the magic not explained enough, there is a good level of character development and world building.

It is a relatively short season with only six episodes to boot, most clocking in around the fifty minute mark. The length of the show is both a positive and negative. Overall, the season has quite a zippy pace. Characters and situations are introduced and developed but there is a rolling momentum throughout which means events come and go rather briskly. The good aspect of this is that it never feels overly drawn out or too slow-paced. While it lacks the political depth of fantasy TV’s one-time king Game of Thrones, it makes up for it with a steady inclusion of adventure and variety.

The downside of this is that certain dangerous encounters and cliffhangers are resolved far too quickly. This removes some of the threat, as the main characters seem too easily able to escape to safety. On top of that, the final battle is very underwhelming and short. This is a particular shame as it was a moment that had been built up over the entire season. Being a family friendly show there is limited violence which actually makes a nice change from the gore and blood GOT and The Witcher incorporate – but unfortunately, because of this, a lot of the action sequences lack the appropriate bite.

But as the show itself proves in the first episode, it doesn’t have to be violent to showcase impressive swordplay. In fact in the first few episodes there are a handful of well choreographed fight sequences. In particular when we see Tiuri competing with other kids his age in a tournament. Frustratingly there is less of this in later episodes. Characters spend more time running away which although technically realistic becomes fairly tedious after a while.

Fortunately The Letter For The King makes up for the lacklustre fight sequences with its characters.Overall the performances are both engaging and entertaining. Amir Wilson gives a strong and investing performance as Tiuri. Having previously seen him do a great job as Will in HBO’s His Dark Materials, I was looking forward to seeing him in this role. Needless to say Wilson is brilliant as protagonist Tiuri. He is instantly likeable as a lead character which allows the viewer to fully invest in his story. There is also something very grounded and down to earth about his performance.

Although supposedly a very special boy, he comes across as a very average, everyday kid. This adds relatability, preventing him from becoming the all too familiar golden child, chosen one cliche.

The supporting cast boasts some familiar faces and gifted actors. The always-brilliant David Wenham puts in an impressive turn as Tiuri’s father and Omid Djalli is both hilarious and extremely dislikeable as the corrupt and cruel Sir Fantumar. It is also very satisfying to see Andy ‘Gollum’ Serkis in a role where you can actually see his face. Although only in the show for one episode, he commands every scene he is in with a weighty presence as the Mayor of Mistrinaut.

But he isn’t the only Serkis in the show. His daughter in the show, Lavinia, is played by his real-life daughter Ruby Ashbourne Serkis. This lends itself very well to the show as they have a great on-screen chemistry, as one would expect. Their relationship feels authentic and it is also highly amusing to watch. Ruby Serkis gives a solid performance throughout The Letter For The King and her initial conflict with Tiuri serves for some good back-and-forth between the two characters. When they do eventually begin to see eye to eye it feels genuine and in the last few episodes their relationship becomes sweet and endearing.

One storyline that develops in The Letter For The King focuses on the other kids that competed alongside Tiuri in the tournament. They are tasked with capturing and returning Tiuri after his disappearance at one of the trials and supposed murder of the Black Knight. Although they never actually pose much of a threat throughout the entire season, their inclusion serves for some good character development and use of humour. The tone of the show is definitely lighter than a lot of other live action fantasy television, which admittedly does take away some of the tension and threat.

It is refreshing, however, to have a programme that doesn’t take itself too seriously. Although some of the acting is a little weak, all the child actors are very funny and some of the best scenes involve the group bickering incessantly with one another. Halfway through the season it does feel like their inclusion is merely for the sake of light relief but fortunately it is resolved when their characters start to become more fleshed out and developed.

There are a handful of interesting twists used in The Letter For The King, two in particular that I didn’t see coming. These surprise moments stop the show from becoming too predictable and playing it safe. It also reinforces the severity of the danger the characters are facing. This is hugely important as the story can feel a little too jovial and rompy at other points. By throwing in a few shocking moments, the viewer is reminded of the perilous nature of Tiuri’s quest.

Unfortunately the one major twist, a revelation about one of the main characters, finds itself mishandled –  although it’s used effectively, it never gets developed to its full potential. The issue is that because it is introduced late into the season the show doesn’t leave itself enough time to explore it properly, which is a shame. This is a recurring problem for The Letter for the King and although much of the journey and adventure is done well, it never really builds into anything of full substance.

What the show lacks in plot it makes up for with its cinematography and setting. A good amount of the production was shot in New Zealand and it looks absolutely phenomenal. As The Lord Of The Rings showed the world, it really is the best place to use for a fantasy setting. There is something so mesmerizing and glorious about a character riding a horse over a vast, hilly, green landscape. New Zealand is also fantastic in the fact that there is a great variety of environments due to there being two main islands. One moment the characters will be walking along a vast beach and the next they will be climbing up a snow covered mountain. Although some of the special effects used in The Letter For The King are a bit weak, the show more than makes up for it with the enchanting and all-encompassing backdrop of New Zealand.

The end of the first season does leave the potential for a second but it also could be left as it is. This does work in the show’s favour, since if it isn’t recommissioned there is enough resolution for it to not have to continue into a second season. The problem is that by wrapping things up a little too neatly it lacks the impact other shows can have from ending a season on a massive cliffhanger.

The Letter for the King isn’t without its faults but it is certainly a step in the right direction for fantasy television. With a strong cast, interesting source material and impressive production values there is a lot to like about the Netflix show. It definitely has the appropriate tone of a fantasy production with a suitable amount of adventure, mystery and strange characters but it feels like it could have benefited from either more episodes or to split the story arc over two seasons. 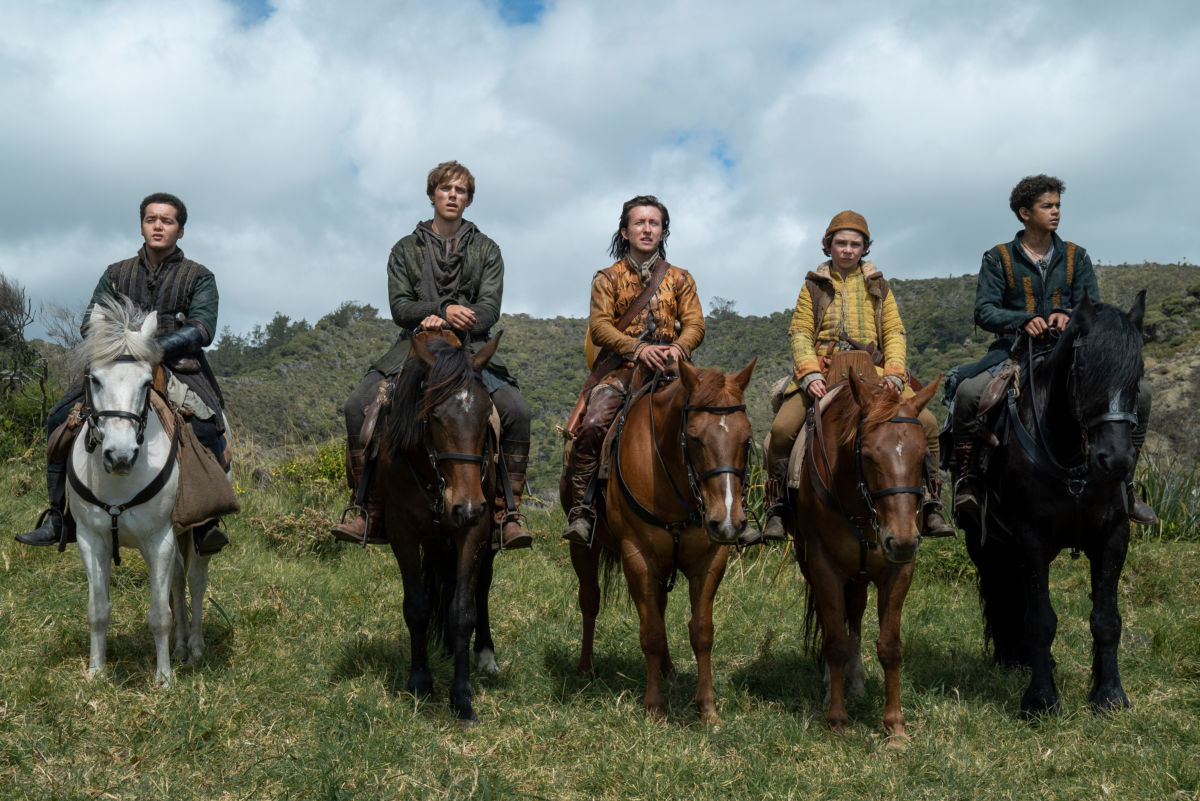 Verdict
The engaging central characters and speedy pace provide a good level of entertainment and enjoyment. The humour is used well throughout and the chemistry between the actors serves for some great dialogue exchanges. It is just a shame that the fight scenes are underwhelming and the finale very anticlimactic.
7.5
Cultured Vultures is a pop culture website established in 2013 covering all things gaming, movies, and more. We eat your words.
All The News On The Biggest Games