Home
Movies
The Horrors of The Exorcist
Movies
·3 min read

The Horrors of The Exorcist 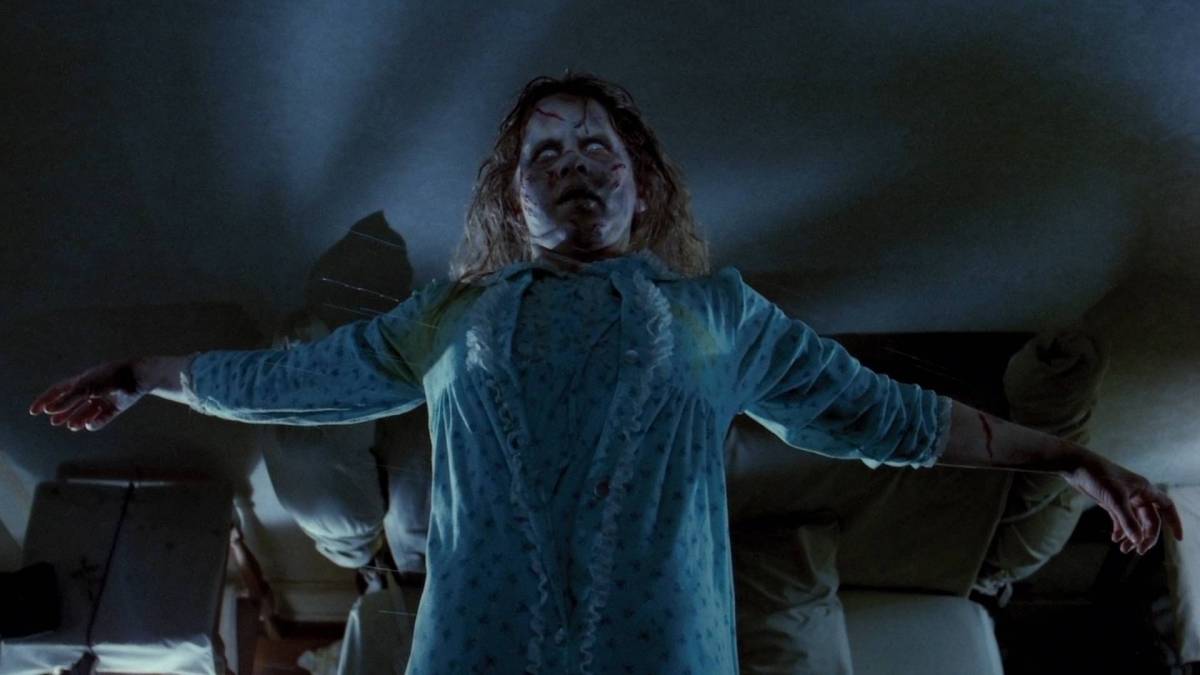 What makes The Exorcist such a great, immensely watchable and ultimately important film is something which, at first, seems to be dichotomous. The film’s ability to act as an utterly terrifying experience while defying “horror” conventions to convey themes of parenthood, unconditional duty and guilt appear, on paper, as separate. But, The Exorcist excels at following both of these routes to the same destination.

The horror of The Exorcist is not simply the experience of watching as the twelve-year old Regan is possessed by an ancient Assyrian evil, it’s also the horror of watching a Jesuit practitioner of both psychiatry and Catholicism at odds with a lack of distrust and faith in spirituality. Of watching a table of physicians inexplicably unable to diagnose a sick child and a mother also powerless in her ability to help cure that illness. Although what makes The Exorcist great may not be what makes other “horror” films great too, it is worth an annual watch on Halloween to understand why it’s still one of the greatest horror films ever made.

It’s worth mentioning, firstly, how the title of the film essentially conveys the essence of the film itself. Notably, it is “The Exorcist,” and not “The Exorcism.” This is important for two simple reasons. One, it allows us to know what the film is really about to begin with. Not the nine-minute scene of the actual exorcism that ends the film, but the development of the characters – their personalities and burdens – in the previous 100 minutes. The film is as much about Father Damien Karras as it is about the spirit that invades the MacNeil household.

Secondly, it demonstrates that recent and current horror releases that owe much to the foundations laid upon the genre by William Friedkin’s film have consistently misinterpreted the influence of The Exorcist. For example, The Exorcism of Emily Rose from 2005 concerns the audience with simply that. A long, drawn-out spookfest culminating in an exorcism scene of the usual post-1973 variety (smoke/fog filled bedroom, excretion of un-earthly bodily fluids, shaking bedframes etc).

Thus, the genre has become partly derivative – derivation based upon misinterpretation at that. In other words, big-budget and large-studio-backed projects that rip off The Exorcist and misjudge its legacy by not really understanding what the film is about in the first place. That’s not to say the directors and scripters of those films are completely clueless as to why Friedkin’s film has become so enduring. But, with so many financial assets pinned to the success of those films within a mainstream market, it’s almost impossible to convey – through homage at the very best, intellectual and creative theft at the worst – the elements of what makes The Exorcist truly special.

It is arguably not reductionist to state that the film largely revolves around Father Karras and his “crisis of faith.” It is now a somewhat stock analysis of the film, but much of Karras’s crisis of faith informs the themes and relationships in the rest of the film too. For example, the burden of care placed upon Father Karras due the supervision of his frail mother mirrors that of Chris MacNeil’s unconditional protection of Regan. The Regan household is also notably wholly maternalistic. Regan’s father is away from the home; Chris must take full responsibility for Regan’s well-being. Both characters are stressfully struggling to adhere to their many, diverse roles even before the events of the film: priest, actress, mother, son, Child of God.

Even though Max von Sydow received top billing for the film, the elderly character of Father Merrin can be seen as only a catalyst to the events and the conclusion of the film. The film opens in Iraq to Merrin’s foreshadowing of the climactic battle with the demon Pazuzu and ends with his appearance in Georgetown, as he is steeped in the ominous glow of Regan’s bedroom. Karras is the real centre of focus in Friedkin’s film. He, as a character, ultimately carries a lot of the over-arching themes of the film.

Mark Kermode – as many of us know – likes to take many ample opportunities to digress on why he believes The Exorcist to be not only his favourite film, but to be the greatest film ever made. Many dismiss his claim with a head-shake, even laughter. Similarly, I would not agree with his position to its full extent, but he still has a point. Kermode notes that he has seen the Exorcist “…over 200 times and everytime I see something I haven’t seen before.” To Kermode, the film “reflects the anxieties of the audience,” and in a way he is right.

The Exorcist is not just a “horror” because it reflects a multitude of societal, personal and spiritual “horrors.” It is then, a film of many horrors and many anxieties. Part of its enduring legacy is its power to terrify us. But it’s faculties are more complex than that. The Exorcist is a supremely intelligent film and one that should not be ignored on Halloween. Or, just about any day of the year.