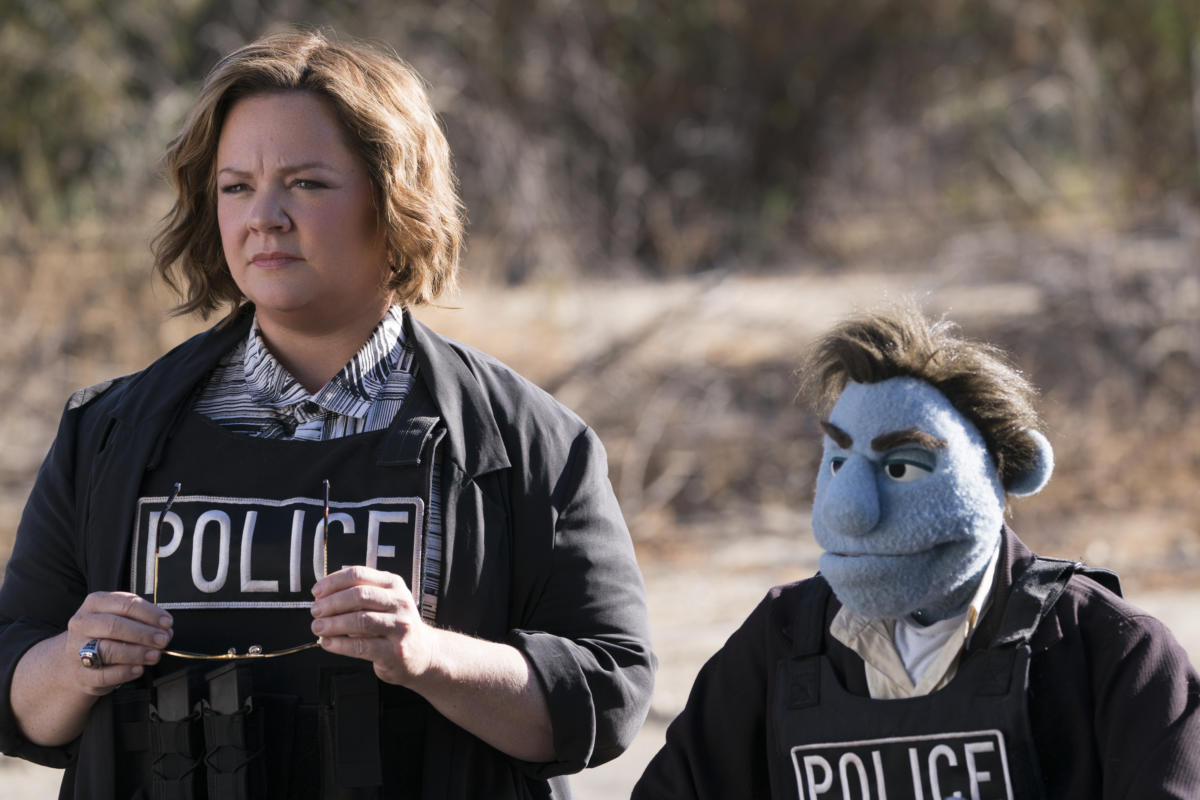 The Happytime Murders is the kind of movie a bunch of middle school jocks would make after they saw one of the good Muppet movies and were so repulsed by its sincerity they decided to make fun of it in the most mean-spirited, oversexualized way possible.

But things go downhill quick. Like real quick. The plot revolves around a private detective named Phil Phillips (Bill Barretta) who has a tragic past, because any other kind of PI is probably forbidden from any and all screen time at this point. He was the first puppet cop on the force, only to have it all derailed when he missed a shot that ended up killing a puppet civilian and almost causing the death of his partner Connie (the previously mentioned Melissa McCarthy).

This neo-noir setup is the perfect tone for the very adult story The Happytime Murders aspires to tell, but the movie is so busy trying to shock or gross us out by sprinting from one depraved scenario to the next it completely forgets to actually try to make the attempts at humor any good, or even funny. It tries to tell a story where puppets are an underclass struggling to gain more rights, but the worldbuilding is so lazy and uninspired that any kind of commentary becomes insulting, especially to any groups who are struggling to be heard in the real world.

The cast tries. It really does. The best moments all come when there are no puppets present, just these very talented comedians playing off each other, such as when McCarthy and Maya Rudolph go off to investigate a suspect together. It’s something of a minor miracle, since every female character in The Happytime Murders is an oversexed cartoon, with her value based off of just how their sexuality affects the men. Even McCarthy is subject to a running gag about how masculine she supposedly is, and her banter with Phil makes you wonder just why these two should become a team again. Even Elizabeth Banks isn’t immune, and her storyline never even gets a resolution.

Sex and violence are a constant, with a puppet’s vagina being shown not once but twice, and the movie’s most uplifting moment coming after Phil corrects the mistake he made years ago by shooting and killing someone else in one perfect shot, with none of the tragedy and pathos this moment should bring. But the most insulting thing about this film is the fact that Henson did know how to do adult humor, and do it well. The Muppets are not simply dumb kids’ entertainment, and a lot of gross-out humor nowadays manages to pack a surprising amount of heart, even social commentary. The Happytime Murders is just an insult to that legacy, and the fact that this was directed by Henson’s son is salt in the wound. By the end its only accomplishment was leaving me feeling about as depressed as the ending of Infinity War. With Infinity, it was because the characters made me care. But Happytime makes it impossible to.

Verdict
The Happytime Murders mistakes sexualized storytelling for edginess, and collapses into a black hole of crude unpleasantness that is nowhere near funny.
0.5
Cultured Vultures is a pop culture website established in 2013 covering all things gaming, movies, and more. We eat your words.
All The News On The Biggest Games