Spoiler: The title is ironic. Or maybe sarcastic. 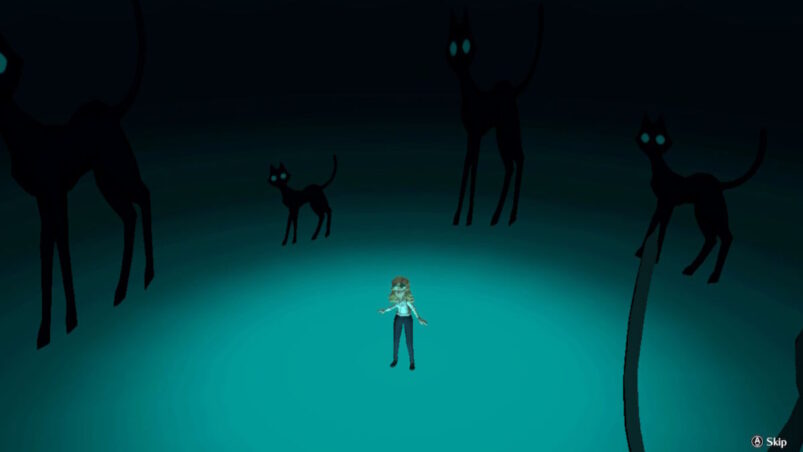 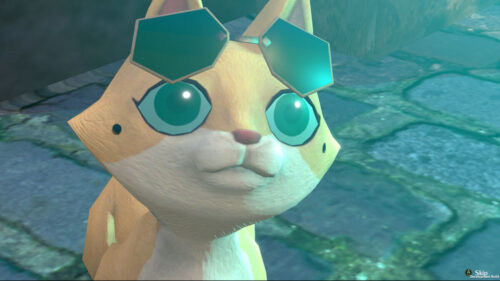 Hidetaka ‘Swery’ Suehiro is a captivating figure in the video game world. He’s the game director of cult hits like Deadly Premonition and The Missing. He’s made a brand out of creating quirky, intentionally off-putting games that nevertheless show heart and clarity of vision. When I saw the first trailer for The Good Life, the latest Swery joint with a premise that was equal parts Broadchurch, Animal Crossing, and True Detective, I was ecstatic. I requested a review code early. Put simply, as I’ve had to remind myself over the past week of actually playing The Good Life, I asked for this.

The Good Life puts players in the shoes of Naomi Hayward, a New York photographer living under a mountain of debt who’s been sent to a secluded English village called Rainy Woods, which claims to be the happiest place on Earth. While there, she discovers that everyone in Rainy Woods turns into a cat or dog when night falls, and gains these same animorphing abilities that she uses to aid her investigation.

Before long a body is discovered, turning Naomi’s sleepy English vacation into a rollicking murder mystery involving ancient spirits, cursed bloodlines, top secret government experiments, and more absurdity that has become the trademark of games directed and written by Swery.

I tend to bristle at talk of auteurs in video games. With few exceptions, no games are made by a single artistic force, and while Swery might have built a personal brand with his esoteric and absurd titles, he didn’t do it alone. That said, his idiosyncratic fingerprints do shine bright in The Good Life. All of the townspeople are suitably goofy and kooky, from the pint-sized alcoholic preacher to the craftsman who never takes off his full suit of armor to the punk rock bartender. They all have just enough of a personality to make an impression, and they all bounce off of Naomi the intruder in entertaining ways.

Running around as a cat or dog is also a goofy-but-effective means of exploration. Cats can climb certain walls and kill animals for meat and materials, whereas dogs can follow scents and root through garbage. The main way Naomi makes money to clear away that pesky debt is by uploading photos she takes to an Instagram-type app called Flamingo, and while the photography sim elements aren’t extensive, they get the job done and feel sufficient for framing how Naomi captures the world around her.

Visually, The Good Life contrasts its darker narrative elements with colorful, cartoony character designs and details-lite, GameCube-era graphics. This dissonance makes the grisly violence all the more striking, and also makes the sillier aspects more in line with the world.

So we have memorable off-kilter characters, a complex plot, and sufficient photography in a year that’s had a curiously high number of photography sims, but done in a way that feels unique to this title. So far, so good, right? Exactly what I asked for, right?

The thing is, none of these quirks can mask how rough The Good Life plays. When not in her animal form, Naomi has the top speed of moss. The game’s framerate regularly tanks if you have the audacity to run. Animations and inputs are often unresponsive. For example, at one point I ordered a pie from the local restaurant, couldn’t interact with it when it appeared on the counter, and kept ordering more hoping that one would eventually spawn in that I could interact with.

Rainy Woods’ layout is deliberately difficult to get around, with stone walls obscuring your paths through town and requiring cycling between animal forms to jump over them or move more quickly. The Good Life is also on a day-night cycle that adds little to the complexity of its NPCs’ routines and mostly serves as a way to deplete your stamina and make you devote time to mechanics like sleep, hunger, and health.

None of the information about how to maintain Naomi’s physical health are well-communicated. I repeatedly caught a cold despite doing everything I thought I needed to do to keep her well-fed, well-rested, and balanced. As a consequence, her stamina plummeted and I had to shell out lots of hard won money on cures again and again. I’m all for complex encumbrance systems that make games more immersive or thoughtful, but there’s nothing thoughtful about how The Good Life throws out systems and subsystems like rakes for you to step on.

Story missions can vary from run-of-the-mill exploration to more specific side activities and mini-games. One has you racing through an obstacle course on a sheep, and another has you simulating a drinking contest by balancing a ball on a rickety platform. On their own, that’s fine, but when they keep repeating and repeating and the game tries to be clever and cheeky by acknowledging how it’s wasting your time, it’s too clever by a half. Building a game around repetitive fetch quests and reusing content is poor form in 2021 already without acting like it’s a funny joke to call attention to these poor design decisions like they’re a practical joke.

Unfortunately, these hurdles are too high for the narrative’s positive elements to overcome. The problem is, all of these elements curdle pretty quickly. Naomi Hayward is actually a very fun lead character — she’s rude, self-absorbed, and easily distracted in ways that make her feel specific. However, you’ll be tired of her dour attitude and naivete around the 50th time she calls Rainy Woods a ‘goddamn hellhole’ (seriously, that’s her catchphrase).

While The Good Life’s mix-and-match tone can produce some amusing hairpin turns and compelling tension between the cartoony and the gruesome, it ultimately ends up feeling confused. Naomi’s casual coarse language and the game’s more salacious moments are too blasé to be transgressive, and too inconsistent for a player to detect any specific intention behind them. It’s not even edginess for edginess’ sake: It’s just accidentally crass.

I wanted to like The Good Life, and for fans of previous titles from Swery and his collaborators, there’s some of that familiar cornball energy to soak up. However, the user-unfriendliness here surpasses any kind of charm and plunges into an antagonistic drive to keep you from having fun. There’s a willful obtuseness and a perverse glee with which The Good Life wastes a player’s time. Side quests refuse to resolve. Main quests morph into endless daisy chains of item collecting and tedious crafting. Naomi keeps getting the cold, and I’m running out of money from all the meat pies I bought just so I could eat one. And through it all, in the back of my head, is that terrible, mocking fact: I asked for this. 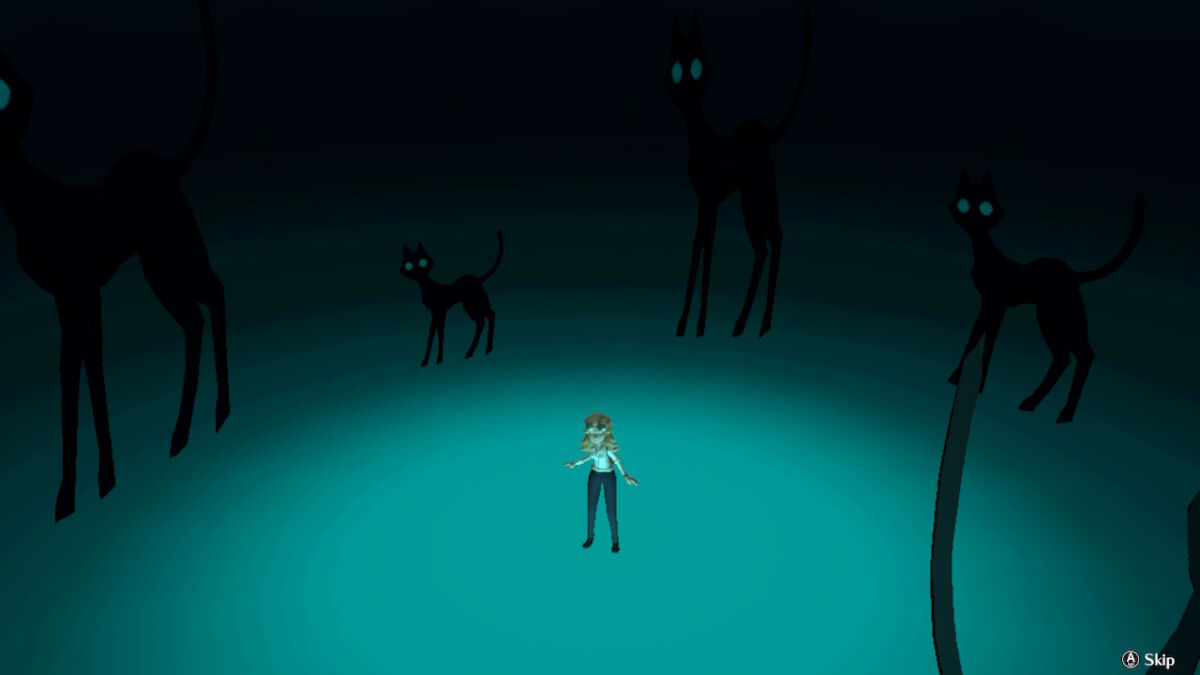 Verdict
While there’s still some ramshackle charm and memorable silliness to be had, The Good Life takes every opportunity to sell itself short and make playing it a frustrating, repetitive, and user-antagonistic experience.
4.5
Cultured Vultures is a pop culture website established in 2013 covering all things gaming, movies, and more. We eat your words.
All The News On The Biggest Games