The Dirt REVIEW – A Walk on the Wild Side 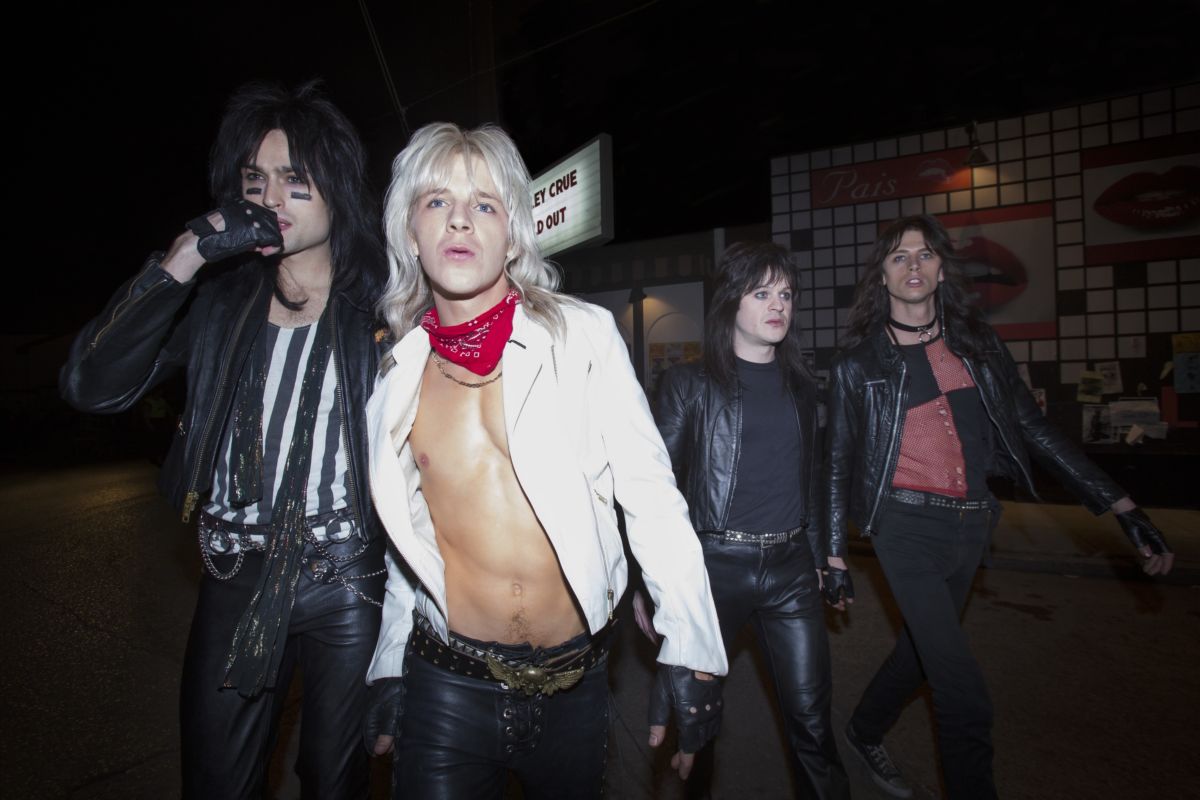 Home
Movies
The Dirt REVIEW – A Walk on the Wild Side

Fittingly enough, director Jeff Tremaine (Jackass, Bad Grandpa) helms this adaptation with Mӧtley Crüe members Nikki Sixx, Tommy Lee, Vince Neil and Mick Mars overseeing and producing. Right off the bat, the running time makes it very clear the band’s history wouldn’t be covered entirely, but while none of the biopics that’ve come out are entirely accurate — The Dirt is perplexingly polished and wholly underemphasized.

Co-written by Neil Strauss and featuring passages from various perspectives, The Dirt: Confessions of the World’s Most Notorious Rock Band is one of the nastiest tell-alls I’ve read and thoroughly enjoy. It’s dark, funny, depressing, intense and filled with ups and downs. The same was expected of the cinematic adaptation scripted by Rich Wilkes and Amanda Adelson.

It’s wasn’t ever going to be easy putting Mötley Crüe’s history on screen, especially when it mostly stays within their first decade together. The younger demographic who are less informed about the band’s notoriety and discography may be confused and, well, offended easily. Colson Baker (Machine Gun Kelly) does an impressive job with his portrayal of drummer Tommy Lee, just as Douglas Booth does with Nikki Sixx, Iwan Rheon as Mick Mars and Daniel Webber as Vince Neil. The cast, especially the aforementioned quartet, must have trained and studied the band determinedly and avidly. It was smart to cast actors and actresses that are still relatively fresh.

As exciting and decently paced it is, much of the timeline is off, presumably for narrative purposes. The same could be said about the way specific incidents are brushed over, like Razzle’s death. There are details left out when maybe there shouldn’t be. It has so much to say but so little time to do it. What we’re given is a watered down version of the band’s history, which is a shame. Whoever optioned the book in order for it to be adapted surely knew what kind of content would be necessary. That stated, I can’t help but wonder who decided what to use and what to leave out.

No one is disputing the band has done some questionable and terrible things: cheating, vandalism, lying to one another, substance abuse — the list is virtually endless. Still, it’s important to realize this isn’t so much a celebration of those incidents as it’s meant to be an honest look at what their lives were like as they rose to fame. For what it is, it works just fine. It’s fun when it’s supposed to be and sad whenever they’re at their lowest, whether it’s self-induced or not.

Viewing this with a closed mind is probably a bad idea, as it’s already getting complaints from some who don’t seem to understand groupies and bands hooked up all the time, addiction isn’t easy to snap out of and big hair and leather pants were in style. It’s not glorifying anything, really. You can’t necessarily say they used women, when women were waiting backstage for them and throwing themselves at bands. Hooking up just isn’t a guy thing. I can’t justify the hitting, cheating or drug or alcohol abuse, but by the time they’ve become addicted and couldn’t stop themselves, we see what it’s done to them: The tears, paranoia, deaths, blacking out and getting sick. It only seemed fun at first because, at the time, they were having fun or else they wouldn’t have done it.

The Dirt is an entertaining movie with some terrific performances and a cool soundtrack made up mostly of some of the band’s greatest hits. It’s not perfect, it could have been better, but the same could be said for most movies and biopics. To sum it up, you can tell the cast (and the “crüe”) had some fun with bringing this film to life. It’s based on the “decade of excess” and doesn’t mold itself to fit today’s morality or mentality. Too much has happened with this band for three acts to entirely depict all of it, but I respect that they tried and what we ended up with is fitting for the band’s legacy.

Verdict
The Dirt doesn’t break any new ground, it was never expected to. It’s a raunchy, fast-paced dramedy moonlighting as an underdog story. If you’re not familiar with the band, this’ll be quite a shock. If you are, you’ll have fun but be left wondering what could’ve been.
6
Cultured Vultures is a pop culture website established in 2013 covering all things gaming, movies, and more. We eat your words.
All The News On The Biggest Games