The Dark by Emma Haughton: In The Bleak(est) Midwinter

Who turned out the lights? 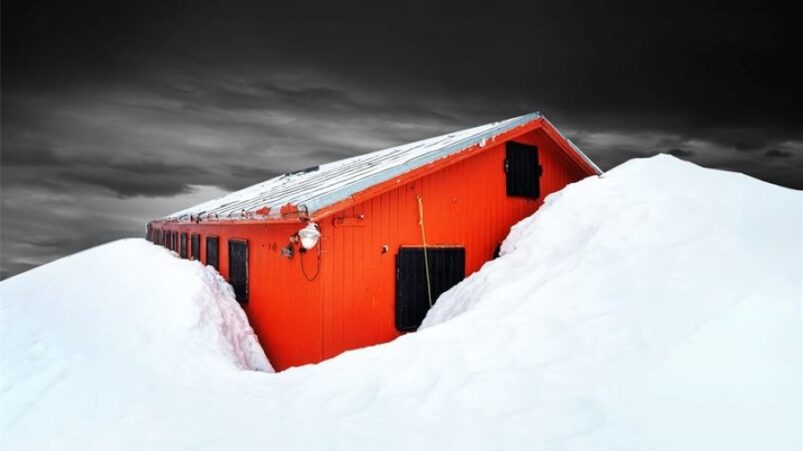 The Dark, Haughton’s debut, follows Kate North, a doctor who is escaping some nasty demons by signing up for a stint at a research facility in Antarctica. She arrives to a fairly warm welcome from most of her fellow winterers, but soon discovers that beneath the surface swirl currents of unrest and paranoia. The previous doctor, killed in a tragic climbing accident, might have been trying to solve a mystery before he died. And when people start to be picked off one by one, Kate realises that somewhere in their midst is a killer – and with no chance of outside help arriving till after the winter season, they are very much on their own.

There is almost nothing better than a locked room mystery if it is done well, and Haughton is definitely proving herself here with an impressive debut effort. Her writing is tight and plotting good, but she also excels at creating atmosphere and a real sense of place. In describing the sheer vastness, the emptiness of Antarctica, she plants her reader firmly in the ice and snow alongside the characters, and doesn’t let up for a moment. Kate is afraid of the dark, and any scene where she is forced to spend time with the lights off creates a real feeling of anxiety for the reader.

Early on in the novel, Kate observes the myriad of technical equipment around her on the base, and wonders what would happen if that equipment failed them. Humans in general, but especially those at the isolated facility, are so dependent on the technology to keep them safe that the idea of it not being there is hard to comprehend. As the technology does begin to fail later on, and the characters are losing the sense of control that they have over the harsh environment, it throws Kate’s earlier observations into dramatic light. A locked room mystery relies on a lack of control, for the killer and the people around them, as everything begins to unravel – and Haughton amplifies that feeling by making the very buildings that her characters live in feel unsafe and dangerous.

She also covers a lot of sensitive material in her story, from substance abuse to serious mental illness. For many of the characters, such topics are par for the course if you’re wintering in the extreme environment of Antarctica; Kate has a cupboard full of strong pills and carte blanche to dish them out should people need them. They watch The Thing to make fun of the very real demons of paranoia and fear. They take strong pills and self-medicate to cope with the winter. It’s just how it is. But Haughton questions these takes, interrogates her characters, and makes them realise that these attitudes are all fuelling the very real fires that they end up battling. Coping methods are one thing, and they are all well and good, but sometimes we have to face the demons head on, if we are going to survive. It is quite a deep message to find in a thriller like this, but a welcome one, handled well.