How The Batman’s Ending May Inspire Its Sequel’s Villains

Which villains do you want to see? 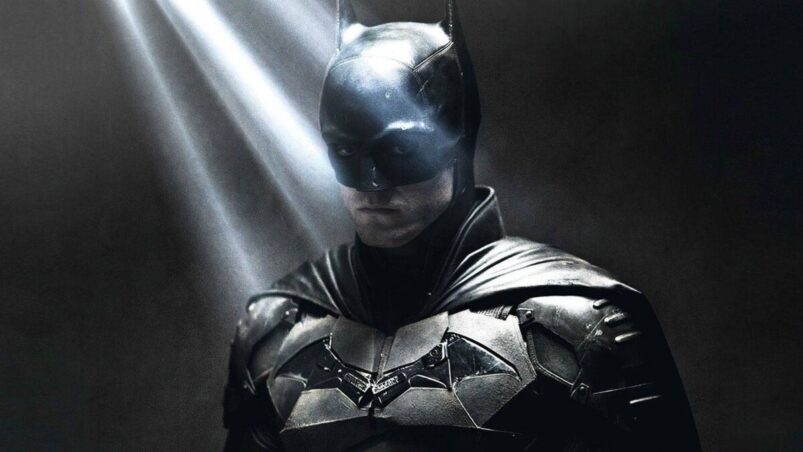 During the build-up to the release of The Batman, one of the most impactful images was the reveal of Batman pounding a clown faced gang member into the ground, before uttering a single declaration of intent: “I’m Vengeance”. A different trailer continued to push the characterisation of Batman being something to be feared, a voiceover informing the audience that the Bat Signal was more than a signal, “it was a warning”. The movie itself demonstrated Batman’s physicality and violence, nearing an edge that reflects his barely contained anger and fury, decimating the criminal element and terrorising all villains.

The choice of the filmmakers to portray Batman in this light gained new context in the climactic scenes of The Batman, where the audience sees the Caped Crusader battle Riddler’s cult-like followers. In a sobering moment, as a follower lays on the floor laughing after a beating from Batman, Gordon asks who he is, and the follower unknowingly repeats that famous line that defined this iteration of Batman: “I’m Vengeance”. With a shell-shocked Batman impacted by these words, the rest of the finale demonstrates the changes Batman needs to make so as to avoid the same abyss as his rivals. Specifically, his decision to instead be a beacon of hope, leading those trapped through the flooding and damages, carrying victims to safety, and appearing in the daytime publicly for the first time.

The sequel and its story will undoubtedly be impacted by this change in character, but the question becomes: how? The decision by Batman to now be viewed as a symbol of hope cannot be easily achieved, considering his previous two years, and that transition will be challenging. Whereas the journey of Batman in the first film was to highlight the repercussions of living in seclusion fuelled by anger and resentment, the second film has to show the difficulties of reinventing himself against public perception and expectation, trying to remove the image of fear that surrounds him.

This then leads to one of the most fascinating questions of any new Batman film: who will be the villain? Batman Begins pits justice against fear, whether Bruce Wayne’s philosophy of non-fatal can triumph over Ra’s Al Ghul’s more archaic ‘eye for an eye’ and Scarecrow’s hallucinogens. The Dark Knight is about the dichotomy between order and chaos, be it Batman and Harvey Dent’s form of order, or the chaotic embers of the Joker and loss of order in Two-Face. For The Batman, Reeves fleshes out the similarities between Riddler and Batman in their determination to fight corruption, however, they do go about it in extremely different ways, one through murder and terrorist acts, the other through law and justice.

With that in mind, what villains are required in order to represent the possible core themes of transition and change, and Batman’s new mission as a beacon of  hope? If The Batman is a detective movie in the vein of David Fincher’s Zodiac, then The Batman sequel should be another genre from Batman comics: the horror movie. After all, what movie requires a semblance of hope or a saviour more than a horror movie?

There are probably three characters who not only fit these themes and suit the horror genre, but have also yet to appear in live-action Batman movies. The first, and possibly the most fitting, is Kirk Langstrom as Man-Bat, who is featured in the premiere episode of Batman: The Animated Series. Kirk Langstrom begins as a zoologist trying to replicate a bat’s sonar sense in humans (the New 52 has his reasonings as wanting to help deaf people), before taking a serum that transforms him into a feral, bat-like humanoid.

With new levels of strength and endurance, plus an ability to fly and use sonar, Man-Bat represents a more physical enemy than Riddler and is also a surprisingly sympathetic character. The physical similarities between Batman and Man-Bat in the shadows also means Batman might have to deal with erroneous claims that it is him attacking or kidnapping individuals, not Man-Bat.

The story of a man turning into a creature is a familiar subject (David Cronenberg’s The Fly instantly comes to mind) and fits both the themes of transition, and a former hero (scientist trying to heal the deaf) becoming a symbol of horror in the shadows. Even their names, Batman and Man-Bat, show the parallels that exist between them, and can combine both the detective aspect (who is this creature if not Batman?) and the horror aspect.

The second choice of villain is one that can tie into representation and public perception not just in Batman, but also in Bruce Wayne. Robert Pattinson spends the majority of the first movie in the batsuit, his Bruce Wayne appearing either behind closed doors with just Andy Serkis’ Alfred, or in very rare public appearances – so rare that everyday people don’t even recognise him. If Batman is to become a symbol of hope, Bruce Wayne may also have to come out into the light. With his gaunt, unkempt depiction, Wayne is slightly reminiscent of Howard Hughes or ‘The Mad King’ of A Song Of Ice And Fire. But what about a public performer who is more monstrous and yet more accepted, such as a circus sideshow wrestler born with epidermolytic hyperkeratosis?

Killer Croc has appeared in the original Suicide Squad movie, but was almost inconsequential as a character. A more grounded interpretation that builds on his history as a popular wrestler could create a fascinating parallel with Bruce Wayne, especially when tying in the theme of Batman wanting to reinvent himself. Batman ends the first film helping recovery efforts due to the city being flooded and continuing that element in the sequel and highlighting the impact upon those less fortunate reinforces the impact of that ending. Depicting a Waylon Jones who grew up bullied and abused for his appearance before reinventing himself as a wrestler, only to lose everything due to the flooding and having to resort to criminality, could be a heart-breaking inclusion.

Depicting Killer Croc living in the sewers like his comic book version would allow the filmmakers to not only include a terrifying horror scene of Batman searching in the sewers, it could also even be an excellent red herring for the actual villain, such as Man-Bat. Additionally, it could help the sequel focus on a more forgiving and less angry Batman defined by hope, not vengeance. Whereas before Batman may have beaten down someone like Killer Croc, here his understanding of their circumstances can show Batman’s growth.

The third and final choice may be the most difficult, but perfectly encapsulates all the themes we might see in the sequel, as well as the consequences that came as a result of the Gotham flooding. These can all be depicted in the character Clayface, a character that originated as a B-List actor called Boris Karlo who is driven mad, but came to prominence in the second iteration as Matt Hagen, who can transform into a clay-esque form and became capable of shapeshifting. In total, there have been eight versions with different backgrounds and motivations, but all of them could shapeshift, with Hagen able to change into any shape and use other voices.

Clayface, especially the Matt Hagen iteration, could be used for a noiristic paranoid thriller, maybe in the vein of John Carpenter’s The Thing. The worst possible enemy for a Batman trying to reinvent himself is someone who can shapeshift to look exactly like him and commit terrible acts, challenging Batman’s relationships with those who try to trust him, such as James Gordon or Alfred.

Though the filmmakers may be more likely to remove the clay element and merely focus on a character capable of shapeshifting, it can still challenge both Bruce Wayne and Batman as a character, while tying into the themes of transition and perception especially. If the cause of Hagen’s transformation is caused by the flooding at the end of The Batman, it continues the story of Matt Reeves’ world and demonstrates the repercussions that occur due to Riddler’s actions.

In truth, all three of these characters could appear in the same film, especially as Matt Reeves has demonstrated his ability to balance multiple villains and criminals such as Riddler, Selina Kyle, Penguin and Carmine Falcone all in one film, with all of them impressing. The three possible villains could even build upon each other, with Killer Croc as an opening villain or side boss, Man-Bat as an antagonist turned friend, and Clayface as the overarching antagonist possibly.

I can even imagine some of the actors best suited for the roles, such as Dave Bautista portraying Waylon Jones due to his experience as a wrestler, being taller than Robert Pattinson, as well as his capacity for heartfelt performances, as seen in Guardians of the Galaxy and especially Blade Runner 2049. Man-Bat has to be played by Doug Jones, the master of body language under make-up and visual effects – his work speaks for itself, just look at Guillermo del Toro’s Hellboy, Pan’s Labyrinth and The Shape of Water. Clayface requires a true chameleon actor, capable of multiple accents and vocal range, so maybe Tatiana Maslany of Orphan Black fame or Enver Gjokaj from Dollhouse.

READ NEXT: Ranking Every Batman Movie from Worst to Best