The Afterparty: Season 1 REVIEW – Just Worth Showing Up For 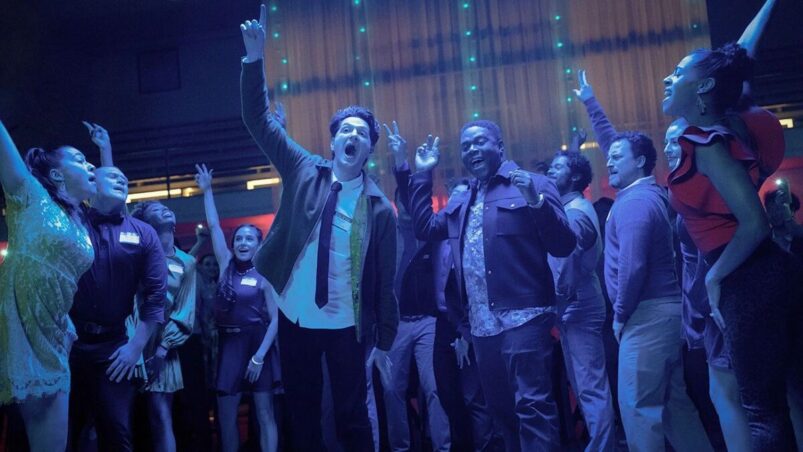 Murder mystery comedies are having a bit of a moment on the small screen right now. Only Murders in the Building proved a winner for Hulu and Disney+ last year, while Netflix has doubled down on the genre with two cheeky thrillers of its own, Murderville and The Woman In The House Across The Street From The Girl In The Window. And then there’s The Afterparty, which recently wrapped up its first eight-episode season on Apple TV+.

All the evidence ahead of time pointed to this big budget effort being the best of the bunch – it boasts both a killer creator/director, Christopher Miller, and a murderer’s row of acting talent, including Tiffany Haddish, Dave Franco and Ben Schwartz. Yet, despite all the clues pointing to a criminally good TV show, The Afterparty ultimately proves to be an event barely worth showing up for.

Perhaps the show’s somewhat tired premise was the first warning sign. The Afterparty is set during a post-high school reunion shindig at the cliffside mansion of Xavier (Franco), a sleazy pop star and actor who winds up murdered before the night is out. Police Detective Danner (Haddish) soon arrives on the scene to investigate, with good-natured escape room designer Aniq (Sam Richardson) emerging as the primary suspect.

Together with his best friend, AV specialist and aspiring musician Yasper (Schwartz), Aniq works to clear his name, all while also attempting to woo his long-time crush, Zoë (Zoë Chao). And as Aniq and Yasper try to catch Xavier’s killer, Danner continues to grill the other guests at the party – including Zoë’s obnoxious ex-husband, Brett (Ike Barinholtz), and troubled receptionist Chelsea (Ilana Glazer) – each of whom relates a decidedly different take on the evening’s events.

Cinephiles will immediately note similarities between the basic structure of The Afterparty and Akira Kurosawa’s 1950 classic Rashomon, and they’d be right: Miller freely admits the 1950 classic was a direct influence on the show. Everyone else, however, will likely draw comparisons between the Apple TV+ show and its closest contemporary analogue, Only Murders in the Building, and the contrast between the two comedy/crime mashups doesn’t much favour The Afterparty.

What made Only Murders succeed where The Afterparty very nearly fails lies in what specifically each show does or doesn’t do well. With Only Murders, the characters and comedy were the selling point, and the mystery elements and creative flourishes were generally weak, whereas with The Afterparty, the reverse applies – and there’s no getting around it: the characters and the comedy end up being the difference between an unmissable show and one that’s merely watchable.

That’s not to say that the characters in The Afterparty are terrible, they’re just a little too thinly drawn to really connect with. Sure, the entire cast – especially standouts like Haddish, Franco and Schwartz – are clearly having a ball, and that palpable sense of fun is infectious to a point. But even this can’t compensate for the fact that there’s nobody to really root for throughout much of the show, until a largely standalone episode focused on Haddish’s Danner arrives late in the game. If you then toss in the underwhelming romantic subplot between Richardson and Chao, the real mystery becomes figuring out who stole The Afterparty’s soul and its sense of emotional engagement with its audience.

Yet The Afterparty’s biggest crime by far is that it’s simply not that funny. Admittedly, there’s the odd laugh out loud moment and plenty of light chuckles sprinkled throughout the season, especially as it gains momentum. But there are also long stretches between quality gags in each episode, and Miller and his team of writers don’t always manage the show’s tonal gear shifts as smoothly as you’d like. The Afterparty isn’t just a detective story with some witty gags thrown in – it’s also a surprisingly effective meditation on schoolyard trauma and how it affects us years, even decades, after we graduate. It’s poignant stuff, but the more sombre tone of this aspect of The Afterparty occasionally threatens to smother the otherwise breezy vibe Miller is shooting for, and nearly sinks the show’s climactic reveal entirely.

That’s a real shame, as The Afterparty’s expertly constructed whodunit plot deserved a proper payoff. Miller has concocted a real head-scratcher in the tradition of Agatha Christie, full of fiendish red herrings and improbable-but-technically-plausible solutions that would make even Hercule Poirot blush. What’s more, how the mystery unfolds – through flashbacks aping a different style of film or TV show – is undeniably compelling.

True, the way these extended pop culture riffs are initially set up is beyond clunky (Danner announces she likes to imagine people’s recollections as movies, groan) and some of them hit harder than others. But Miller and director of photography Carl Herse take such care in mimicking the storytelling and aesthetic tropes of musicals, high school comedies, arthouse flicks, police procedurals and everything else in-between that you turn up for each episode just to see what they’ll do next.

And that’s the thing about The Afterparty: like its real-life namesake, the show never feels like “main event” material. It’s only ever just good enough to ensure you’ll tune in for the next episode – once you’ve caught up on everything else, that is. Enough people must’ve kept watching, though, since Apple recently confirmed a second season is on the way. Still, you’ve got to wonder whether audiences will be too partied out after this first season of The Afterparty to bother coming back for more.

READ MORE: 5 Reasons Why You Should Watch HBO’s The Undoing 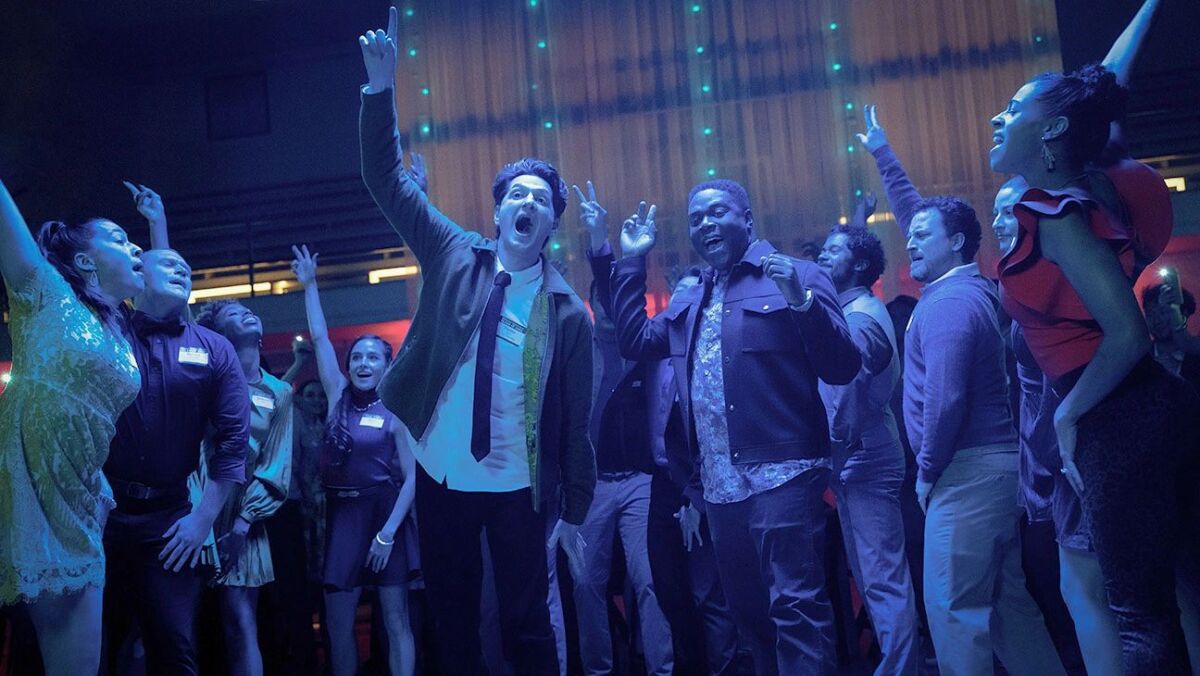 Verdict
As befits its name, The Afterparty is best enjoyed as the frequently clever, intermittently funny chaser to other, more fully developed TV shows.
6.5
Cultured Vultures is a pop culture website established in 2013 covering all things gaming, movies, and more. We eat your words.
All The News On The Biggest Games