Teenage starts off strong, but the charm of its first act is diluted by a meandering plot and lack of direction. 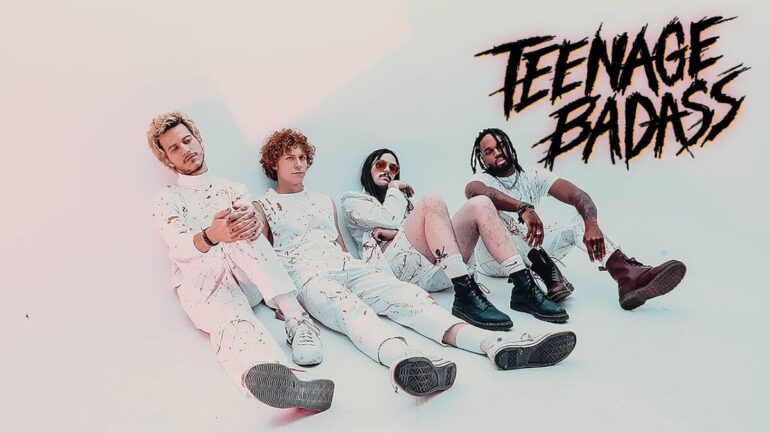 Teenage Badass, the feature film directorial debut from costumer Grant McCord, starts with great promise, but takes a turn for the incomprehensible about a third of the way through. The film opens with a fiery red ginger boy discovering a teen slamming away on the drums in a garage awakening a love for the instrument in the boy. The film then jumps us forward a few years, on screen text tells us we’re in Phoenix, Arizona in 2006, where we find Brad (McCabe Gregg), now a fiery red ginger teen, cleaning houses with his mom. In his non-work time, Brad is a drummer of course, and when a local band loses their drummer in a crisis over who gets to count off songs, they call Brad to take his place.

From here the movie begins to play like a mix of a hang out movie and coming of age tale, similar to SLC Punk or Empire Records. We see the band discuss their ever-changing name, give Brad too much beer and weed for his teenaged body and mind, and play a show. It’s fun and cozy and Gregg is adorably charming as Brad, which is all you need from a movie like this.

During this first act I was very happily surprised by this movie and thought it might end up being one of my favorites of the year. Along with the fun hang out vibe, we’re treated to a good amount of screentime for a pet snake (which may be a negative depending on your feelings about snakes), t-shirts that show the movie was made by someone who cares about costumes (we see Tool, Soundgarden, and even anachronistic Death Grips t-shirts), and a genuinely odd-in-a-good way song that mashes up pop, garage rock, and vocals like Lux Interior.

Throughout this section though, some of the problems that will eventually lead to the movie’s downfall start to show. Mostly in the form of a running “we’re count” that flashes on the screen anytime lead singer/songwriter Kirk’s (Evan Ultra) girlfriend Candice (Madelyn Deutch) includes herself by saying “we’re” about the band. The sexism inherent in that bit also rears its head in the other recurring joke about keyboardist Mark’s never seen wife who won’t let him smoke weed anymore. This second bit just feels like a replay of the overused wet blanket wife and henpecked husband tropes, but we never see the wife so she feels more like a nebulous obstacle to the band’s success than a character. And of course we get a Yoko reference.

There are more disappointing jokes better left in 2006 about Stephen Hawking and an adult being a virgin as the movie moves into its second act. At which point, you can feel the creators think “oh I guess we need a plot?,” which a film like this really does not. The plot tries to do too much, from Kirk taking too many pills and struggling to perform, to the band hatching a heist-like plan to break into someone’s house in a sequence that takes far too long and isn’t well justified or explained. About an hour into this hour and forty minute movie, I was confused about where the story was going and the film’s intention with all this. The second act felt like an entirely different movie than the very enjoyable one I’d been watching half an hour earlier.

The experience of watching Teenage Badass is reminiscent of watching a TV show with an incredible first season that just gets worse and worse as it goes on because the writers didn’t have a specific story in mind when they started. Absolutely worth watching the first half hour or so of this if you want to enjoy some of a cute hang out movie. But I can’t recommend the latter two thirds, especially when it ends on a final “we’re” joke at Candice’s expense, leaving a seriously sour taste in my mouth. 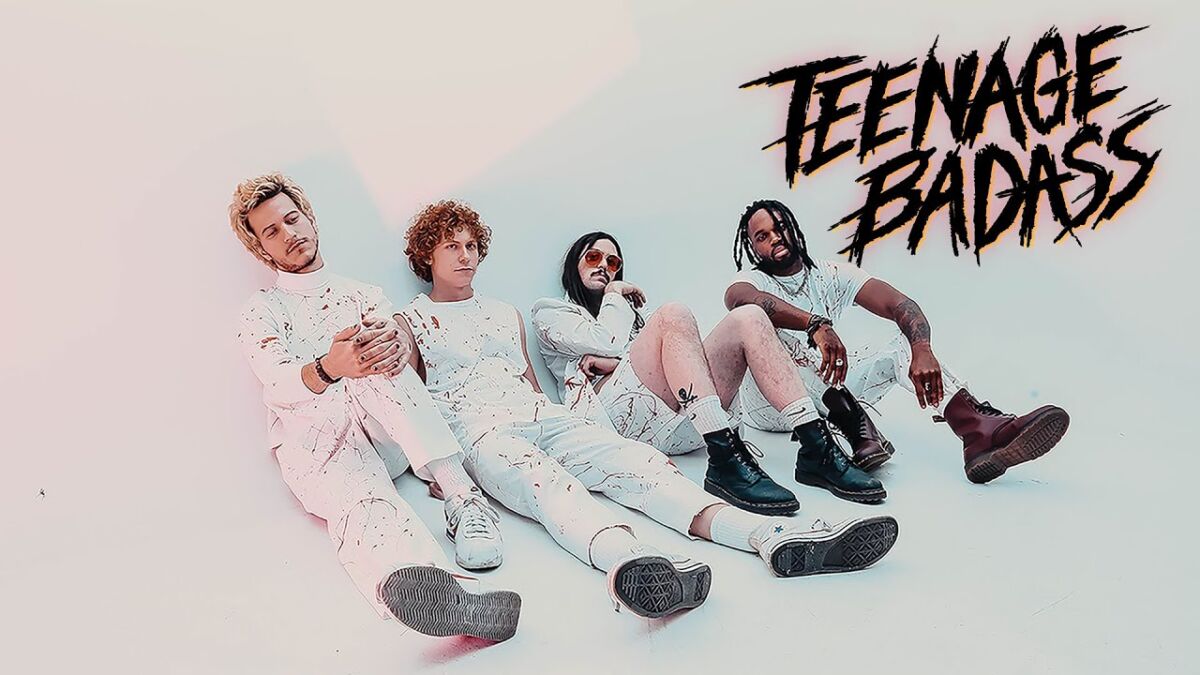 Verdict
Teenage Badass gets off to a good start and has a charming first act, before falling prey to outdated jokes and a meandering plot that makes it hard to care.
4
Cultured Vultures is a pop culture website established in 2013 covering all things gaming, movies, and more. We eat your words.
All The News On The Biggest Games