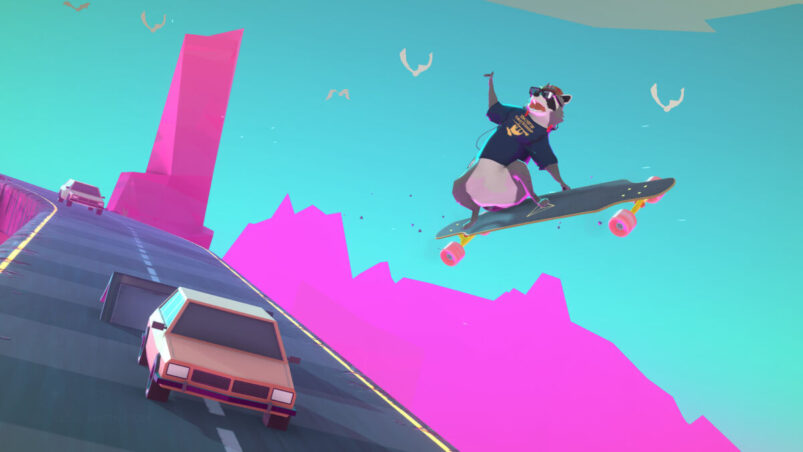 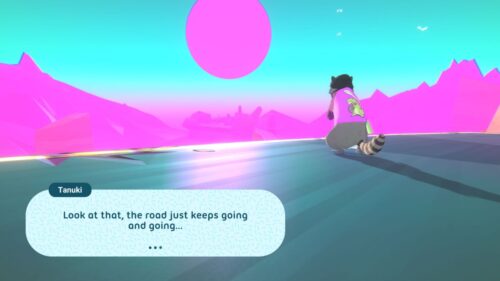 Sometimes, it’s nice to take on a game where the stakes are relatively low. You’re not trying to save the world, fight monsters or win some kind of huge championship — you’re simply doing your own thing. Tanuki Sunset offers just that, letting players enjoy some downhill longboard riding to the tune of some synthwave/lo-fi hip-hop beats. As games go, it’s about as basic as it gets, but there’s a lot of uncomplicated fun to be had here.

Tanuki Sunset sees the titular Tanuki travel to Sunset Island with big dreams of gracing the cover of FISH magazine, the number #1 magazine for longboarding enthusiasts. In order to hit the cover, Tanuki needs to ride his longboard down the seemingly endless road of Sunset Island, which has a conveniently placed MegaRamp waiting at the bottom for Tanuki to hit some kind of sick trick. Although the task at hand is clear, accomplishing it is another story entirely.

The game plays out like a longboarding version of an endless runner, kind of like Subway Surfer but on four wheels and with synthwave blaring the entire time. Along the route, you’re trying to avoid obstacles, perform tricks to score points and collect little Tanuki Bits that you can spend on new longboard decks and clothing. Obviously, you’re going to want to make your Tanuki look as radical as possible by equipping some garish looking gear.

Split across three worlds, each level is randomly generated, so you’ll have to rely on reactions and muscle memory in order to avoid hazards instead of actual level knowledge, which does feel somewhat at odds with the game’s level-based structure and progression. Instead, you need to travel a set distance in order for the level to be marked as complete. It just makes the levels themselves feel less special.

Even if the levels are randomly generated, Tanuki Sunset does a great job of introducing new hazards, obstacles and moves as you progress, whether it’s cars, dodgeable lasers, ramps, crabs that stick to your board or a seagull who challenges you to a race every now and again. It’s simplistic enough that it doesn’t change the gameplay too much, but by the end of the game, you’re dodging so much junk that it’s a genuine challenge.

While there’s a lot of obstacles that get introduced throughout the game, one aspect of Tanuki Sunset that could have been improved is some actual progression for Tanuki himself. Even though you can earn Bits to spend on cosmetics, it would have been nice to be able to spend those Bits on improving Tanuki’s abilities, whether that’s increasing his speed, giving him more tricks to use (a grind ability would’ve gone a long way) or some items to make recovery an option if you hit some obstacles.

Despite these missed opportunities, Tanuki Sunset feels like a game with a lot of heart and plenty of great vibes, with Tanuki receiving periodic calls from his mother encouraging him to achieve his goals (so long as he’s wearing a helmet). There’s also the chill soundtrack and brightly coloured, synthwave-aesthetic inspired visuals that give you plenty to see and hear. Sure, you could just stick your Spotify playlist over the top instead and you wouldn’t be missing much, but there’s plenty of bangers on there.

Again, not every game needs to have huge stakes, and while Tanuki Sunset isn’t going to be the biggest game ever made, it’s the perfect game to highlight the benefits of the Xbox Series X’s Quick Resume feature. The disposable and quick nature of Tanuki Sunset means that it’s a brilliant game to keep running in the background, as you play a level or two while waiting for your friends to come online.

The endless runner genre has seen a lot of potential contenders try and be the best, and while Tanuki Sunset isn’t quite the best of the best, it’s enjoyable enough to leave a positive impression. Just try not to buy it if you care about your gamerscore ending in a 5 or a 0. Every single achievement is an odd number, and that might just be too much for some players.

A code for Tanuki Sunset was provided by PR for the purposes of this review. 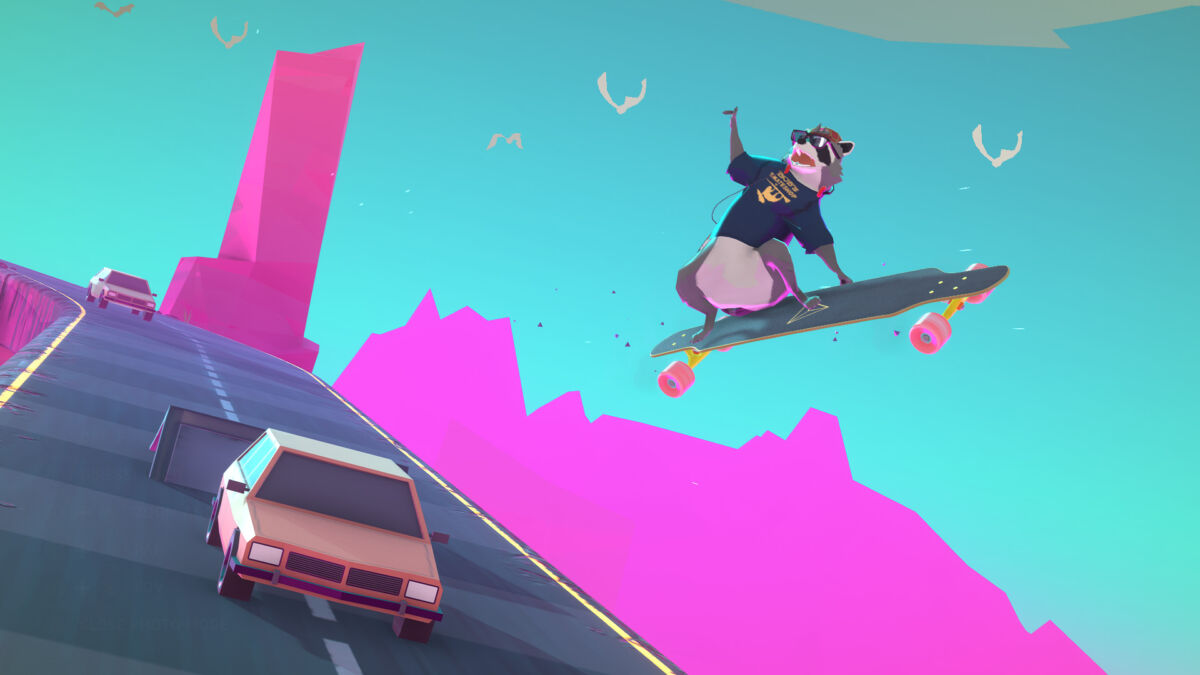 Verdict
Tanuki Sunset isn’t going to win awards for the best game ever made, but if you like endless runners, this one is a good shout.
6
Cultured Vultures is a pop culture website established in 2013 covering all things gaming, movies, and more. We eat your words.
All The News On The Biggest Games