Tales of Arise: How To Change Performance Mode On PS5 & Xbox Series X (FPS vs Resolution) 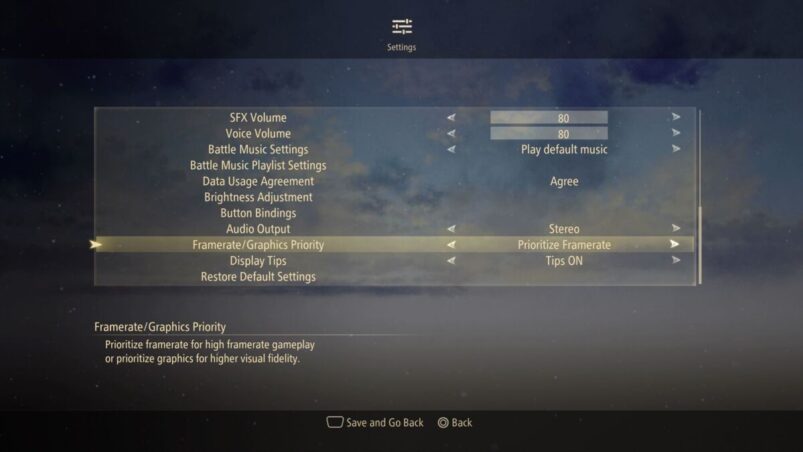 Tales of Arise is one very beautiful game, particularly if you’re playing on PlayStation 5 or Xbox Series X over last-gen consoles. If you want to get more frames or prefer higher resolution, it even has a setting you can change.

To change performance mode in in Tales of Arise, hit Pause > Settings then scrolling until you find Framerate/Graphics Priority. You can switch between Prioritize Framerate and Prioritize Graphics.

Here’s the difference between both settings in Tales of Arise.

In Prioritize Framerate, Tales of Arise targets a resolution of 1620p at 60fps on PS5 and Xbox Series X.

In Prioritize Graphics, Tales of Arise targets a resolution of 4K at 60fps on PS5 and Xbox Series X, though the framerate does tend to take a bit of a hit in this mode on both consoles.

We recommend that you stick to Prioritize Framerate in Tales of Arise, as smoother framerate is generally more desirable than fidelity. Tales of Arise is still quite the beautiful game at 1620p, though.

READ NEXT: 25 Best JRPGs Of All Time