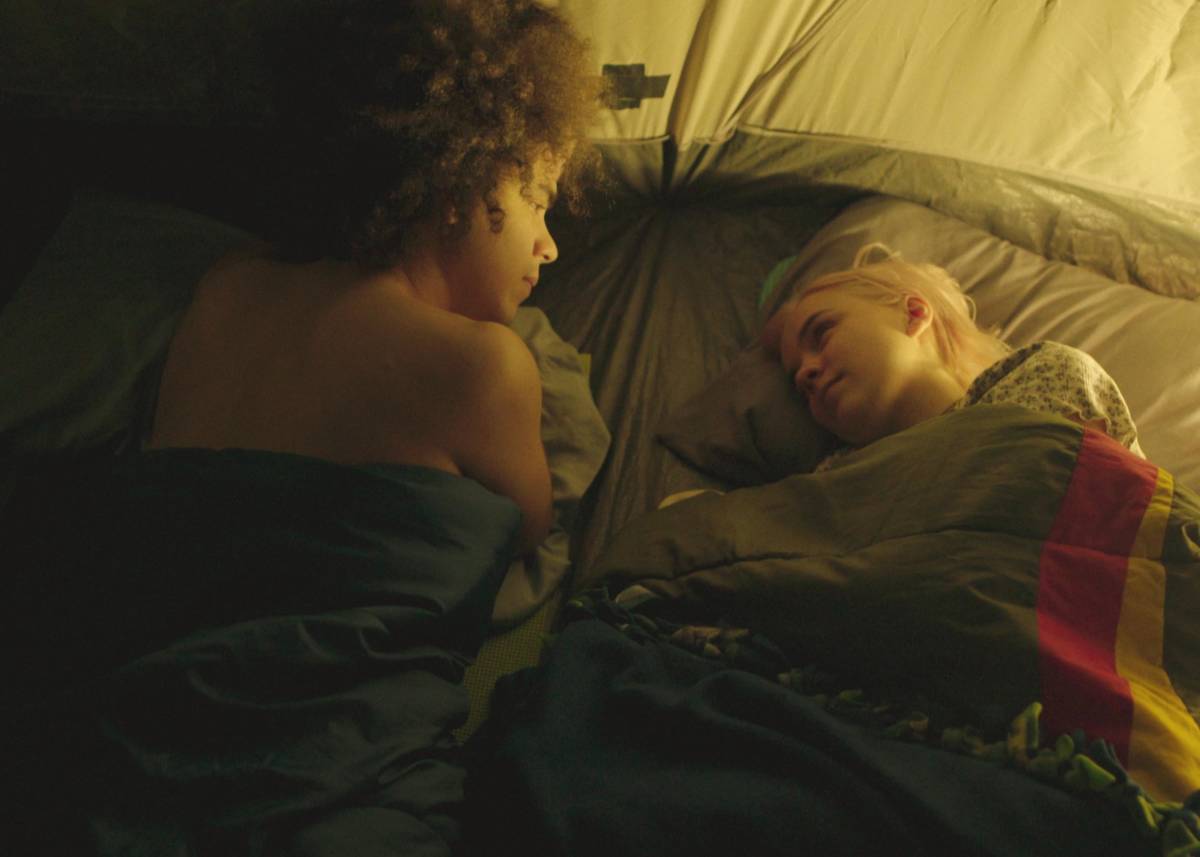 Pet Names director Carol Brandt was joined by actress/screenwriter Meredith Johnston and actor Rene Cruz in an interview with Cultured Vultures during the 2018 SXSW Film Festival.

Thanks for joining us and congrats on the film.
Carol Brandt: Thank you.

How much of a thrill was it to premiere the film at SXSW?
Carol Brandt: Huge. Amazing.

Meredith, you’ve got a background studying improv comedy in Chicago. I’m surprised that we have not met.
Meredith Johnston: Are you an improviser?

I studied at Second City.
Meredith Johnston: No way! You know Chuck Norment?

Yeah. Was there an instructor that had a meaningful influence on your career?
Meredith Johnston: Craig Uhlir is phenomenal. He really made me fall in love with improv again. It was Level 4 at iO. I feel like taking a class with him really helped me out and reinvigorated the passion for it. I would probably say Craig over everybody. Matt Higbee was great, too. Craig taught you how to be crazy but Matt Higbee taught you how to be grounded and earnest.

This script is awfully personal for you so why did you choose not to direct it?
Meredith Johnston: I don’t know how to direct and Carol is a fabulous director. There was no question about it. We had been working on the script and I had always sort of had Carol in mind to shoot it because I liked her a lot. I trust her 100%. I knew what I could do and I knew that I studied acting so I knew that I could do that. I couldn’t trust myself to — it would have been a shit mess (laughs) so that’s why.

Carol, what is it like to direct such a personal film when it’s written by someone else?
Carol Brandt: I was honored honestly because it was a very personal project. Like Meredith said, we had that trust initially because we knew each other and were already familiar with each other’s work a fair amount. It kind of made sense to make it together. We called it our adopted child because most of the creative decisions was 50/50 throughout from pre to post-production. Even in the editing process, Meredith was heavily involved. Just making it collaborative and making sure I was honoring Meredith’s story as much as possible while making the film as good as it can possibly be. I think it turned out pretty good.

Rene, what attracted you to the script?
Rene Cruz: Meredith and I knew each other through a mutual friend. In late 2016, we were talking on the phone, she asked me to be in the movie and I asked her if I could read the script first. When I read the script, I think what drew me to it is just the vague unhappiness all the characters were living in that I really resonate with and I think a lot of people my age resonate with. I wanted to be a part of a film that’s trying to capture what it’s like to be in your early 20s and feel really lost.

Do you have any favorite Chicago hangouts?
Rene Cruz: Cole’s is a great one. Stand-up on Wednesday nights.

Rene Cruz: I love the Hideout.

Meredith Johnston: The Hideout’s cool. There’s a brunch place on the South Side called La Café Catedral. It’s where they shot some scenes in Stranger than Fiction.

Rene Cruz: I didn’t know that.

Meredith Johnston: Yeah, we got to go! We haven’t been yet. We have to go! Those are some faves. Northwestern Library, good place to go, looks like Hogwarts.

I’ve been there. It’s a maze and an architectural disaster!
Meredith Johnston: You’re thinking of the other library.

Rene Cruz: The really brutalist one. That one’s super weird.

Meredith Johnston: The oldest library is stunning and looks like it’s Hogwart’s. I sometimes pretend that I’m a student there. Ah, Northwestern!

Carol, how do you feel that you grew as a director on Pet Names?
Carol Brandt: I grew a lot since my last project. On a personal note, the biggest thing was that I came out between my last movie and this movie. Oddly, because being a director is such an emotionally heavy job where you’re telling people what to feel so being a person who previously hadn’t been in touch with my emotions about life in the world really made an impact on how I directed this film compared to the last film — just having that freedom of being comfortable in myself enough to tell other people what to feel essentially. That was the biggest way I’ve grown just personally and professionally because it has had an impact on my work since and I hope it will have an impact on my work after. Not to make it so self-centric, that’s the biggest thing

Coming out is terrifying.
Carol Brandt: It’s not great!

I think just every film kind of grows everyone involved as a person and collaborator for sure. This was different in that I didn’t write the script myself so that was a huge growing experience, too.

What would you say is the best part of Chicago to shoot on film?
Meredith Johnston: I have no idea. I’ve actually never shot–no, I did, I shot something in Chicago.

Carol Brandt: My second film, we shot in Chicago for a couple scenes but that was in someone’s apartment.

Meredith Johnston: Me too, it was in people’s apartments. I do like the suburbs. There’s something really fascinating about the Chicago suburbs that I think are cool. The whole city is a John Hughes film so I think you can go anywhere and it will look cool.

Do you have a favorite movie set in Chicago?
Rene Cruz: Ferris Bueller’s.

Meredith Johnston: I really did love Stranger Than Fiction. I think it’s incredible. That and every single John Hughes movie is pretty sick.

Carol Brandt: I grew up watching While You Were Sleeping with Sandra Bullock. It was our Christmas movie. It’s not a very artsy film. I like any Joe Swanberg movie. Drinking Buddies, duh.

Meredith Johnston: Anything Stephen Cone does is amazing.

There’s a cute pug in the film. Were they a good actor on set?
Carol Brandt: Great actor.

Carol Brandt: This was all he had to do and he was great at it.

Meredith Johnston: It was almost like working with a statue.

Carol Brandt: It was like one of the those green-headed sticks for the CGI.

Meredith Johnston: Like in the special effects in Twilight Films.

Carol Brandt: We’ve been having a Twilight marathon movie every month—we’ve been trying to watch a bad movie and then a good movie. Last month, it was just all bad movies.

Meredith Johnston: It was Twilight and then all the special features on Eclipse. I thought it was Breaking Dawn.

Going back to improv, how did you get started?
Meredith Johnston: I went to the theater school at DePaul University. In my junior year, three of my friends and I started an improv team called Dame Judi Dench. It was an all-female team. We toured around the country and came back—at that time, we had started taking classes at iO. It was a welcome respite from how serious we were taking our BFA program. It felt like a really good place to blow off steam. I ended up getting on a Harold team by the grace of whatever. It was a great experience. We did our first show at The Playground and sold out the house. We had people sitting on the ground. It was one of the best things ever.

Thanks again for your time.
Meredith Johnston: Thank you.