This Sword Art game is a tough sell for anyone but the most dedicated fans. 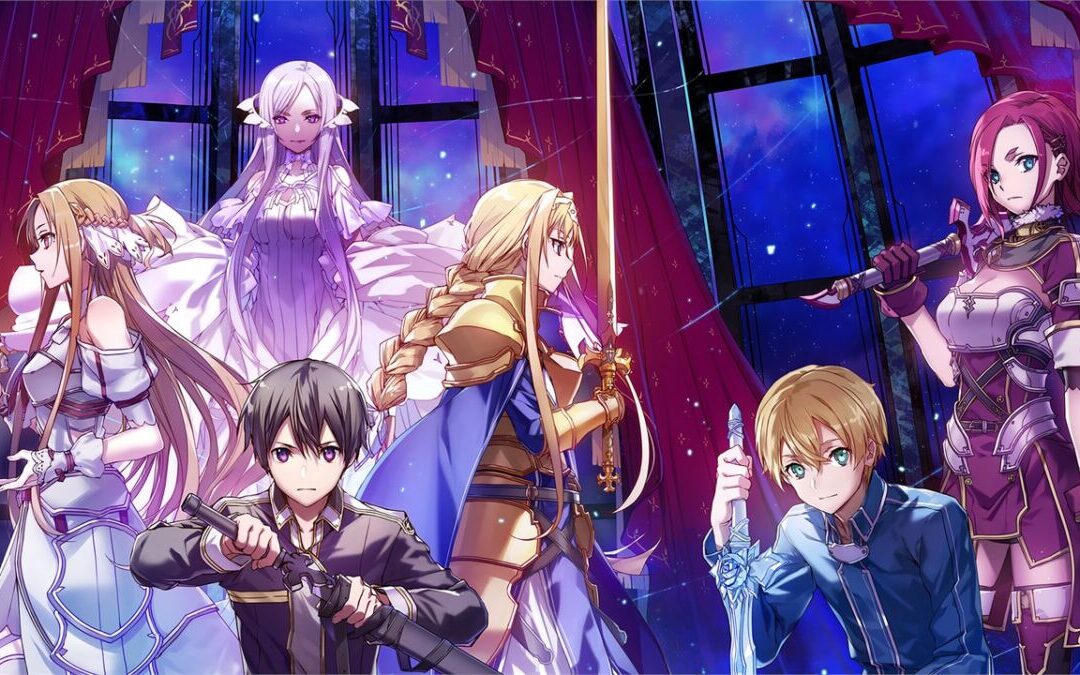 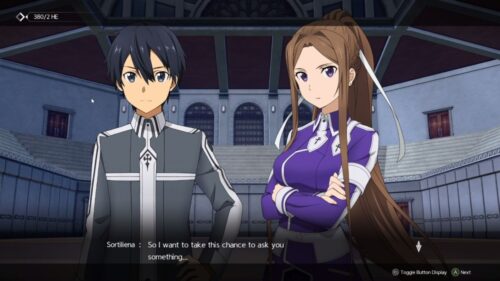 Sword Art Online is a divisive anime series on multiple fronts. As an anime based on a virtual reality MMO, this series was clearly targeted at a specific audience that would appreciate the lore derived from actual game mechanics to tell an otherwise uninspired story of a boy finding powers and saving the virtual world.

The series found that audience well enough for Sword Art Online to continue for three seasons so far, along with a spinoff arc based on an FPS world rather than the regular RPG worlds of the primary arcs. Sword Art Online: Alicization Lycoris follows the most recent arc in the anime series, which takes place in a new VRMMO world simply known as the Underworld.

As a game based on an anime, Alicization Lycoris sticks heavily to the source material in its first chapter. So much so that there’s no real option to branch out for side quests in a game that feels reliant on its open-world setting. Instead, you’ll spend the majority of the first chapter reading through character dialogues, skipping over key events in the anime arc with a brief panel mentioning the outcome, and fighting perhaps one or two monsters between the lengthy sections of discourse. And that chapter is no simple task, requiring upwards of 15 hours to finally reach the conclusion.

The lack of fun in that first chapter is jarring, to say the least. Acting as a ridiculously long tutorial, Alicization Lycoris uses this time to slowly introduce the complex battle system, though some of the most important mechanics are curiously left out. Chain attacks, Skill Linking and Ally Arts get a mere footnote to read through, while you spend time in an arena testing out deflections and counters, mechanics you’d be lucky to pull off during actual combat.

This initial slog acts as a kind of barrier to entry for a game that does actually get better when it begins opening its world. Once you reach the second phase, Alicization Lycoris introduces an entirely new group of systems, such as companionship and subclasses that add some extra dynamics to the newly-opened regions. The story moves at a more leisurely pace, as the second chapter begins an original arc not found in the source material.

In terms of pacing, the game varies wildly between the first chapter’s breakneck retelling of Alicization Season 1 and the second chapter’s more casual storyline involving a secondary character’s unique powers in Underworld. Sword Art has always attempted to tackle some heavier issues, and it’s no different in the first portion, but it feels much more forced when you skip through major plot fights without so much as a quick-time event.

There’s an entire side arc about mental and physical abuse aimed towards Medina Orthinanos, a new female character introduced for the game, and yet you never actually get a glimpse of the abusers or the fight to end her torture. It’s an odd choice for a game that heavily relies on storytelling to keep players engaged, but it’s not the only part of Alicization Lycoris that feels empty and incomplete.

Apart from the lackluster storytelling early on, side activities tend to feel like tedious chores with no depth. For instance, in order to level up your fishing skills, you simply find a fishing location on the map and hit cast when you arrive. There’s no actual interaction to catch the fish. You just watch the animation to catch a fish, gain a couple of experience points, and hit cast once again. At first, it takes five fish to reach level 2, but that number rapidly increases, to the point where I gave up even bothering to follow recommended levels at fishing spots.

There’s also a companionship minigame where you can chat with your friends and develop relationships, though it’s quite unintuitive on what you should be doing once the minigame starts. At first, you’re offered three options on discussion topics, but the outcome seems to be entirely random, though none are actually negative. Therefore, I did well just randomly selecting different options until my affection levels rose.

After doing this activity for a couple of hours, I actually found the second tree of interactions to use out of pure luck. There’s no tooltip to explain how you navigate to these interactions. I just happened to find them once I got too bored of selecting the same few speech options and began mashing buttons to see what would happen.

It’s not all so empty here, though, as the combat system is something to behold. Certainly the main focus for mechanics in Alicization Lycoris, combat is intense, complex, and strategic as you attempt to juggle a handful of characters and meters in order to deal heavy damage against increasingly tanky opponents.

It starts off easily enough, with basic attacks that follow up with an automatic weapon skill. This is good enough in the early portions, as you have to spend a bit of time before unlocking weapon skill trees. Later on, though, you’ll need to apply 4 separate skills in succession to create Skill Connects, which deal bonus damage for each subsequent skill combined.

Once the Skill Connects are mastered, you’re able to activate slow motion in order to deal out commands for your other three party members to execute their own skills. Time it correctly and those skills will activate Chain combinations that blast the opponent for added damage. At this point, combat could vary enough to be fun for a full game, but AL doesn’t stop there.

On top of ordering commands for each of your party members, you can also alter their AI to act in certain ways depending on the situation. For instance, perhaps you want someone to focus on party buffs when that person isn’t being targeted, or maybe you’d rather them focus on building Chain combinations so that you can get the most out of the damage multiplier. These AI commands are fully customizable, allowing dedicated players to keep each party member working optimally during any combat situation. Of course, you can always switch to direct control for any member in a fight, though I found myself sticking to Kirito for the majority of my play.

Not knowing when to quit, AL also has a form of magic known as Sacred Arts that can be charged and executed during a fight. These arts are derived from charging up a selection of 8 elements and then releasing the effects for different spells. At first, you can employ just the basic effect for each element, such as a heal for the Light element, or deployable cover for the Steel element. But as you find and unlock the added levels of each element, spellcasting becomes a major part of combat.

Being an action RPG, AL has a fair share of skill trees, as well. Each weapon has its own tree for the associated combat skills, which curiously use the same skill points as your regular class trees. Therefore, you’ll need to make early choices on whether you should invest in buffs to strengthen the party or unlocking extra weapon skills so that you can create longer Skill Connects.

That would be okay with personalized skills for each character, but these skills are tied to specific weapon classes, and therefore make it a bit more difficult to switch out Kirito’s weapon if you haven’t invested in skills for that weapon class. And each of these weapon classes comes with its own mastery level, which steadily increases the power of attacks with that class. These effects combined, you’re generally better off choosing Kirito’s weapon class early on and sticking to it throughout the game.

The depth of combat actually contains a number of extra mechanics, such as optimized gear choices for each skill, but they play a lesser role in combat outcomes and seem extraneous to what’s already a rich system.

Even with combat keeping things lively, side quests and activities can get repetitive. Most extra content boils down to fetching some random ingredient or an NPC or perhaps killing some tougher units in a certain region. Those fetch quests involve actual resources you collect naturally, so there are times where you’ll already have the item necessary and can just turn in the quest immediately. Other times, you may need to go fishing or get to a certain point in the story before that material is accessible.

The world itself feels relatively empty apart from some simple villages within each region. Most regions are just spacious biomes with enemies scattered around and some platforming areas, though there aren’t many setpieces to tie these regions together. Instead, it just feels like you go from a random forest area to an unnamed desert before going back to the central town and turning in your quests. The graphics do AL no favors, as textures tend to repeat and the environments look unpolished and dull.

Of particular note are the ridiculous load times between regions. When traveling outside of the central town, the load screen can hang for upwards of a few minutes before you’re able to play again. Load times haven’t been an issue in any other game for me, so it feels like this may be due to AL’s optimization rather than my own system. These load times only affect region changes, as any event within that region will load up almost instantly.

If it wasn’t for the stylish combat, Sword Art Online: Alicization Lysoris would have grown stale within the first couple of hours. Quest variety is low, the story is rushed, and the world just isn’t very interesting to explore. Somewhere under all of the added bloat is a fun combat game that tells a relatively interesting story. Unfortunately, Alicization Lycoris feels like it tried to do too much in a single game and every other activity suffers because of it. At a full AAA price on release, this game doesn’t feel like a package worth the money for anyone but those heavily invested in the Sword Art world. 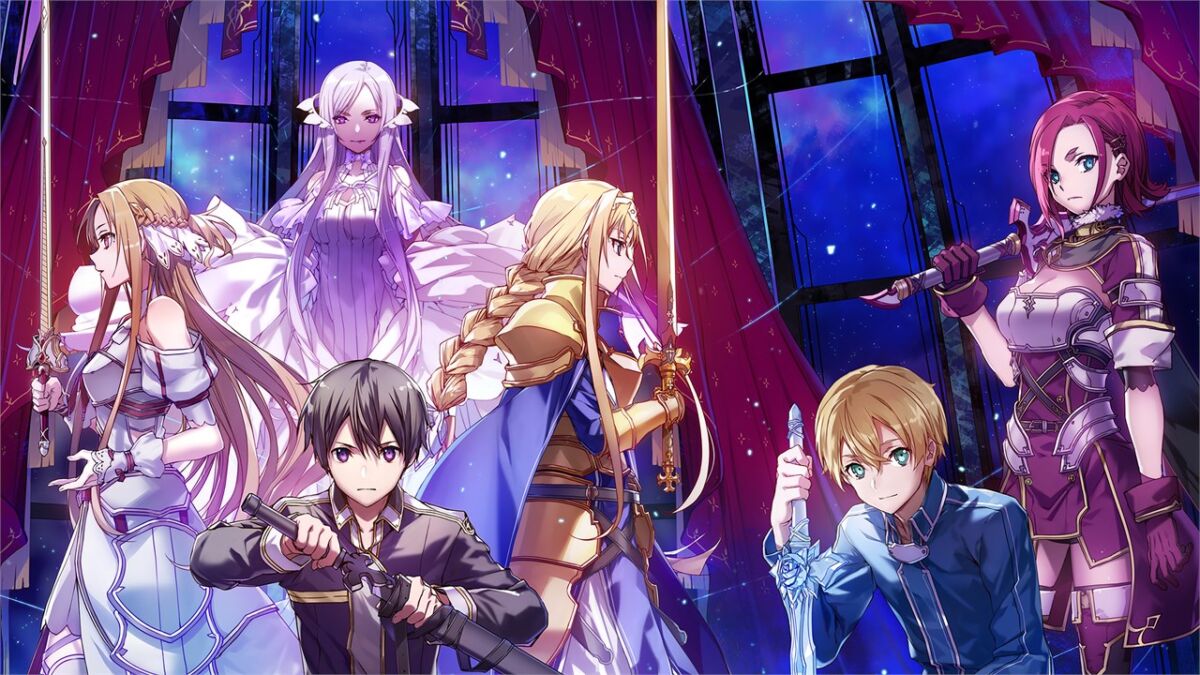 Verdict
With an expansive main campaign that takes far too long to get started and quite a few underdeveloped mechanics, this Sword Art game is a tough sell for anyone but the most dedicated fans.
4