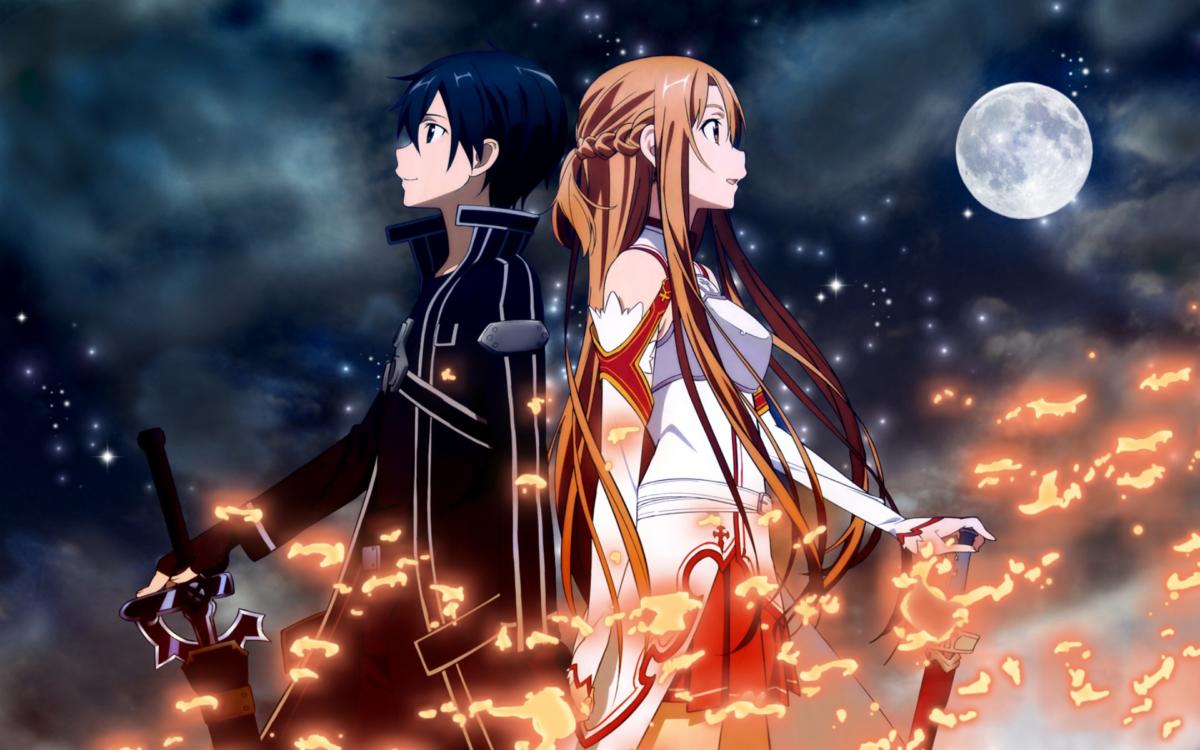 Watching anime has only recently become a western pastime. Despite originating  as early as the 1910s and developing during World War 2 with propaganda films like Momotaro: Sacred Sailors, anime wouldn’t flourish in Western culture until the 1990s. Nowadays, it’s just as popular as traditional media in the States and the UK. There are now many anime series and films that are both viewed within the West and East. One of the more recently popular shows is Sword Art Online.

Sword Art Online started off as a Japanese light novel series on the 10th of April 2009. Written by Reki Kawahara, it would eventually receive an animated adaptation, the first season running from July 7th to December 22nd of 2012. The series tells the story of ten thousand people getting trapped in a VR game called Sword Art Online. The rules of the game are simple: if they can fight through the 100 levels of bosses, they will be freed from the game. The catch is, if they die in the game, they die in real life. An interesting premise for a show that sadly didn’t get handled well.

Released by studio A1 Pictures, the show is still going with a new season scheduled to premiere on the 6th of October this year. Despite being popular enough for a third season, Sword Art Online has a VERY mixed reception – from people loving the fully fleshed out romance between the heroes Asuna and Kirito, and the exhilarating fight scenes, to downright hating Kawahara’s clear neglect of how basic game design works, and graphic depiction of girls being exploited, all of the opposing viewpoints have made Sword Art Online easily one of the most frequently debated animes ever.

However, in March 2013, a little channel on YouTube called Something Witty Entertainment took Sword Art Online’s Aincrad story arc, an average product at best, and did something absolutely amazing with it by creating Sword Art Online Abridged. An abridgment is a fan-made parody of an original series, using footage from the show and changing the dialogue to be more comedic. While abridged series are nothing new, SAO abridged is less about being sarcastic and poking fun at the original like typical abridgments, instead taking a drama and turning into a well plotted comedy. From fixing the writing and giving the characters more depth, SWE’s perspective on the deadly virtual reality game is regarded as the show that SAO had the potential of being. 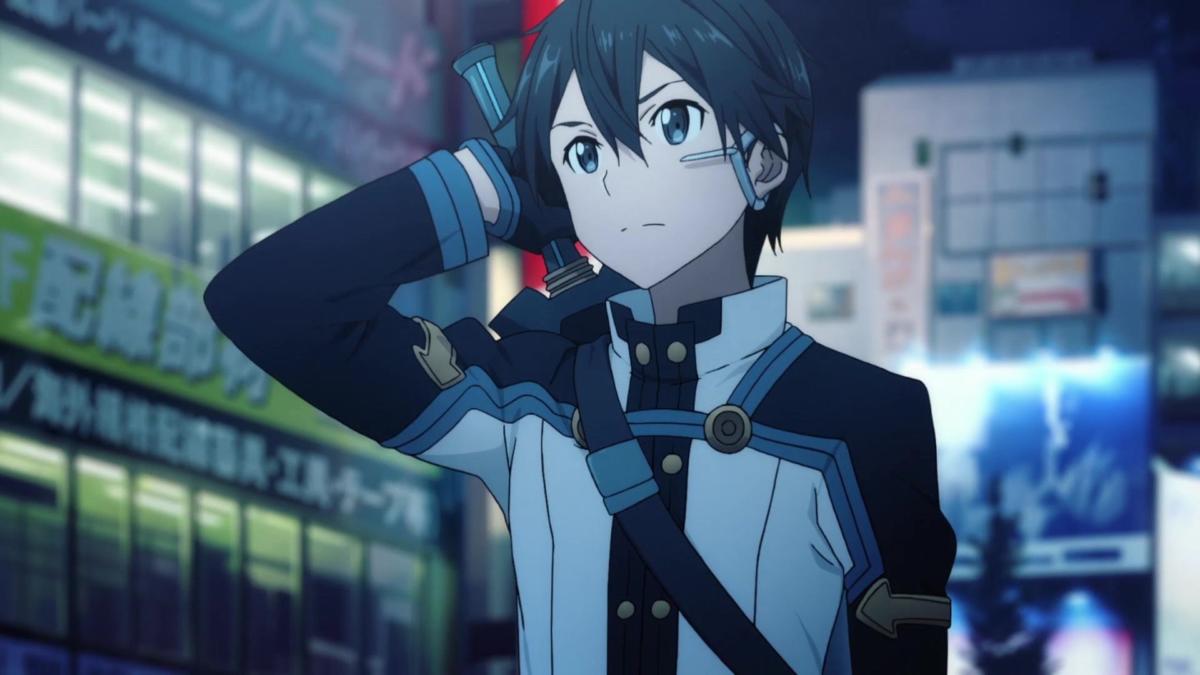 An example of how the abridged series fixes the problems of the original is how events in the series affects character development. During the third episode of the Aincrad story arc, one of the secondary characters ends up dying, an action which the protagonist Kirito blames himself for…over the course of one episode. After this episode has reached its conclusion, the show does nothing to revisit it or go into further detail about this affects Kirito’s mental state. However, this is handled completely differently in the abridged series. Though it is sometimes handled for comedy, the writers always come back to the memory of Kirito being unable to save them and it adds more emotional depth to his character, driving most of the decisions he makes and affecting his interactions with other characters.

Another aspect that the abridged series does better than the original is the romance between Kirito and Asuna. Most anime romances stop after the first kiss, so the fact that this couple get to explore theirs fully is one of the aspects of the show that fans enjoy. It does suffer from the show’s writing, though: they’re supposed to be teenagers in the show, but the romance is treated like an unbelievably healthy adult one.

The pivotal romance scene in both series is when they first spend the night together. The original sees them explore their relationship with little to no issues. However, the abridged sees them panicking as they are not sure how to handle the relationship after having sex, and assume marriage was the next logical step. After some back and forth arguing, they end up both agreeing that they got married too quickly and laugh it off, bringing them closer together. Though the original’s romance is a nice one, the abridged is more entertaining and realistic. 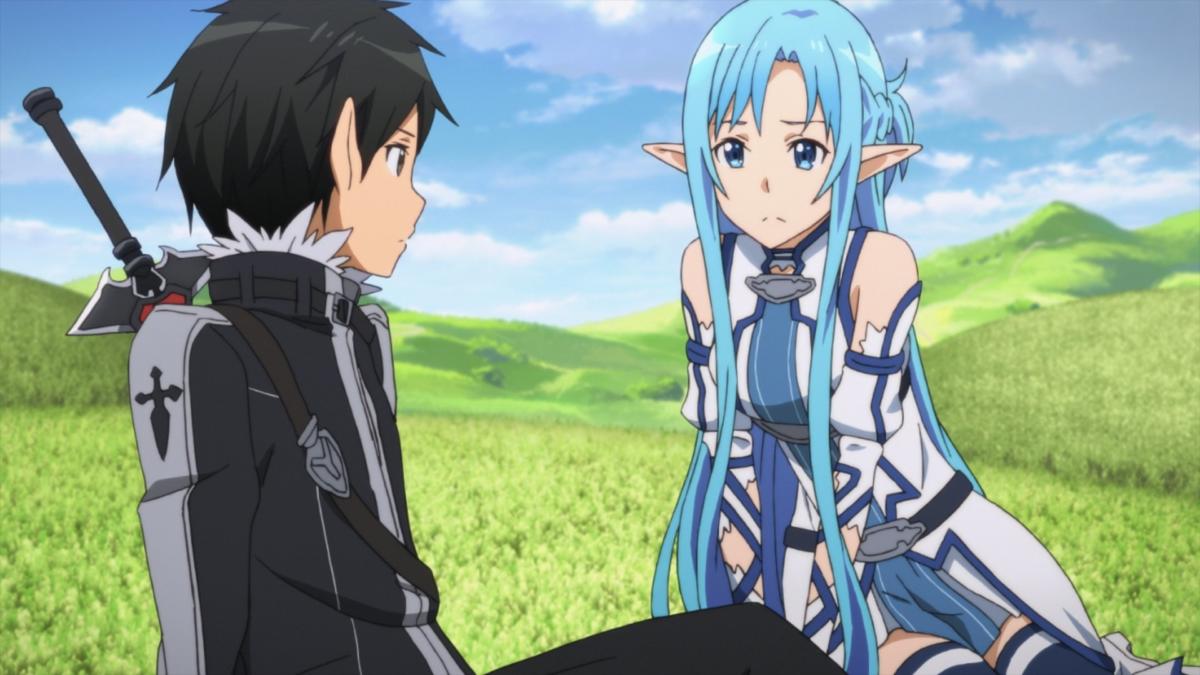 And finally, there is the ending. If there is one aspect about the first season of the show that fans and haters can agree on is the unsatisfying ending to the Aincrad Story Arc. As the protagonists come face to face with Akihiko Kayaba, SAO’s head developer and one of the main antagonists of the first season, when they ask him why he made SAO into a death game, he replies simply saying he forgot. Far from the most satisfying of conclusions.

However, the abridged has a better answer to why this happened. Discovering that the game isn’t exactly player ready and the deadline for its release on the horizon, Kayaba works for three weeks straight to finish the game on time – but in his sleep-deprived state, he accidentally develops a glitch that kills players when their in-game avatar dies, so he locks the players in the game and says it is all part of his master plan. While it doesn’t tie up all the loose ends of the show, it does a much better job of it than the original’s version and is hilarious given the realistic context.

As SAO prepares to release it’s third season, SWE is currently working on their interpretation of SAO’s Alfheim Story Arc, a story that has a lot more problems than the Aincrad Story Arc. Funnily enough, SWE are fans of the original product, going over it and fixing it with painstaking detail. Despite its notoriety, SAO is still going strong. As the people continue to love or hate the original, we can count on the team at SWE to take it and turn into both comedy gold and a wonderfully re-imagined story.

If you wish to support Something Witty Entertainment, check out their channel here. Sword Art Online is available on Netflix and Crunchyroll.