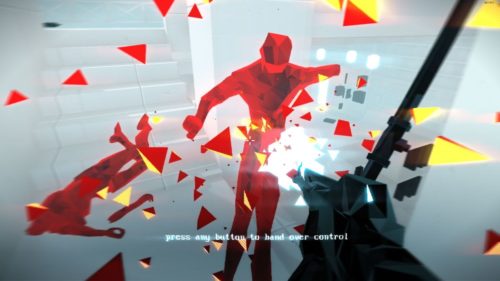 There haven’t been many indie games this past decade that have nailed their concept quite as well as 2016’s SUPERHOT, one of the most innovative shooters in years. Time speeds up when you move, leading to rooms becoming violent puzzles as you look to clear every red guy standing in your way. Backed by a quietly excellent story about the dangers of immersive technology, it’s a game with almost infinite replayability, especially if you’re dashing around and slicing heads in its VR version.

SUPERHOT: MIND CONTROL DELETE is the follow-up to that madness, a standalone game that maintains the empowering spirit while also adding some roguelike elements on top of new powers and scenarios. It’s not quite a full-fledged sequel, it instead being a continuation of the first game where you try to stop being assimilated by an AI all while enjoying the new skills said AI gives you.

The main hook of SUPERHOT remains as potent and addictive as ever. Even though I have already played SUPERHOT to death on Xbox One and Switch, as well as a worrying amount of time in VR via PlayStation VR, the bullet time brilliance never really gets old for me. Enemies move very slowly while you are static before speeding up when you do anything, making each level feel like a chessboard in slow motion. It takes a minute to get used to and understand the beats of the action, but it’s hard to step back once you do, dashing around after planning your digital murder spree way in advance.

Where MIND CONTROL DELETE changes things up most dramatically is in the new skills it gives you, coming mainly in the form of cores. These cores mix things up in a huge way, each basically acting as a different superpower that you need to tactically use due to their cooldown. CHARGE pretty much teleports you to an enemy and punches them in the face, RECALL lets you return a thrown katana to your hand, HOTSWITCH returns from the original and sees you changing bodies with a red guy, while MORE gives you more hearts to get through the gauntlet of levels with.

In perhaps the most substantial change from the formula, SUPERHOT: MIND CONTROL DELETE isn’t a one-hit kill game for everyone involved any more. You are given two hearts by default to make your way through a series of levels in a node with, and should you fail, you will then have to start the gauntlet over, this time with different levels. While the extra comfort blanket might sound like it makes the game easier, it really doesn’t when these gauntlets get longer and with wilder stipulations than the original. It’s more than a little tense when you are crawling your way to the finish line of an especially long node with just one heart left.

Luckily for you, random hacks appear at intervals throughout nodes and they range from simply refilling your hearts right the way up to completely changing the effectiveness of your cores. For RECALL, the best core of the lot, you can unlock a hack that will send your katana hurtling through multiple enemies, while another hack lets you recall the katana while striking every red guy on its way back to your hand. It’s hard to describe just how satisfying the katana is to use in MIND CONTROL DELETE, especially when you have a bevy of hacks backing it up.

The other cores aren’t slouches, either, though I must admit that I wasn’t too keen on CHARGE overall, it requiring a lot of foresight so you don’t teleport into a bad situation. It also needs hacks to make it an equally viable core, you eventually being able to zip around multiple times. HOTSWITCH remains as brilliant as ever, it allowing you to reposition while also adding to your kill tally, and, similarly to CHARGE, you’re also able to hopscotch between targets in quick succession with the right hacks.

How these hacks impact your cores is brilliant and varies up the gameplay immensely, but they aren’t created equally. There are some hacks, such as the ability to make throwable items explode, that are more of a liability than anything, or at least nowhere near as useful. Comfortably the best of the lot is killheal, which gives you additional hearts for killing a set amount of enemies. It can be a little frustrating to have a very underwhelming hack like a stronger throwing arm instead of the likes of killheal, but this bad luck is hardly uncommon for roguelikes. It’s also a large part of what makes them compelling, all the pieces of a run finally falling into place after earlier, luck-based frustration.

You’ll also need to adapt your playstyle to take on the different enemies the game throws at you. They’re still fundamentally red dudes with bad attitudes that need an exploding, but certain enemies now only have specific weakpoints, such as an arm or leg, meaning that you have to either be very accurate or get close to batter that weakpoint. Trickier still are the enemies with spikes who implode in a hail of bullets upon death, meaning that you may end up losing a precious heart. There’s a way to position yourself for the kill so that their implosions will work in your favour and actually kill more of their red friends, but it’s always a heart-in-mouth moment when they show up.

Even more terrifying are the “boss” characters who randomly appear, announced by a discomforting digital battle cry. These are, I think, supposed to be viruses borne from your broken psyche, and they can very easily break your good run, too. They cannot be damaged and hound you throughout a level, not unlike the omnipotent Mr. X. Their appearance means you have to constantly be on the move even more than before and staying out of their line of sight, which, when coupled with a low amount of hearts and the regular and irregular enemies, ratchets the stress levels right up.

If you’re worried that all of this takes away from the wonderfully simple essence of SUPERHOT, don’t be: it’s still as approachable and enjoyable as ever. Playing on PC, all you need is the mouse, WASD, and E for special skills — that’s all there is to it. For the purists out there, you eventually unlock the ability to tackle levels without any cores or hacks, but, for me, this added depth does for SUPERHOT what DOOM Eternal did compared to DOOM. You feel like a much more capable killing machine than ever, and the sensation of mowing down red guys in increasingly more stylish ways never stops feeling rewarding. In fact, as I was typing this up, I jumped into Endless mode to quickly refresh my memory and ended up, almost one hour later, battling past over 300 enemies.

Endless is just one of the extra things to play once you’ve sliced and shot your way through all of MIND CONTROL DELETE’s story, which is significantly longer than the first game. It took me around 12 hours in total to see the credits roll, which is a massive step up from the 2-3 hours of what came before. The narrative is still as vague as ever and seems to be one that’s open for interpretation, though with a bit of a wackier structure than previously. Unless I am missing something completely obvious, the game asks you to just sit and wait for seven hours after the credits before you can start playing again. I get what SUPERHOT Team were going for, that you should probably go and do something else, but it’s just about the oddest design decision I’ve ever seen.

Still, despite that complaint, MIND CONTROL DELETE takes what made the first game such a revelation and adds more cherries on top, providing one of the most innovative shooters in the years since SUPERHOT’s release. Chuck in the fact that it’s totally free to those who previously purchased SUPERHOT and you have an irresistible power trip that’s one of the best games of the year. 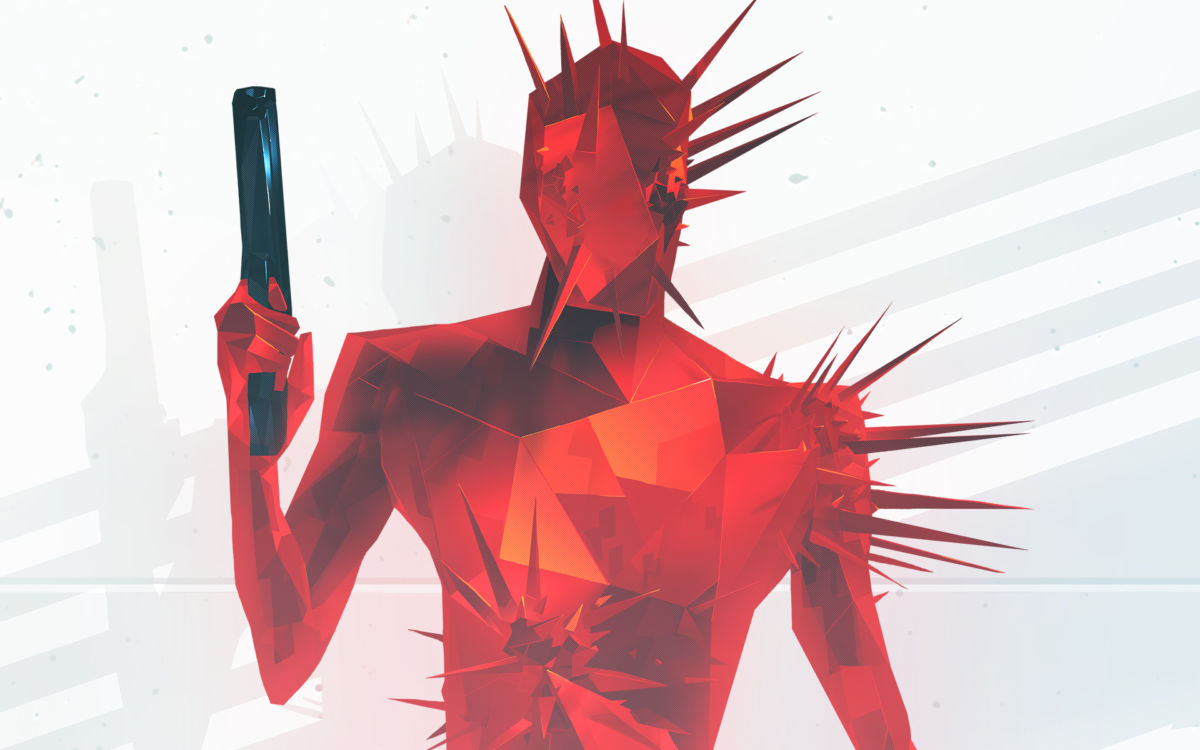 Verdict
SUPERHOT: MIND CONTROL DELETE takes the bullet time brilliance of its predecessor and adds many new toys to its violent chessboard to even more thrilling effect.
9