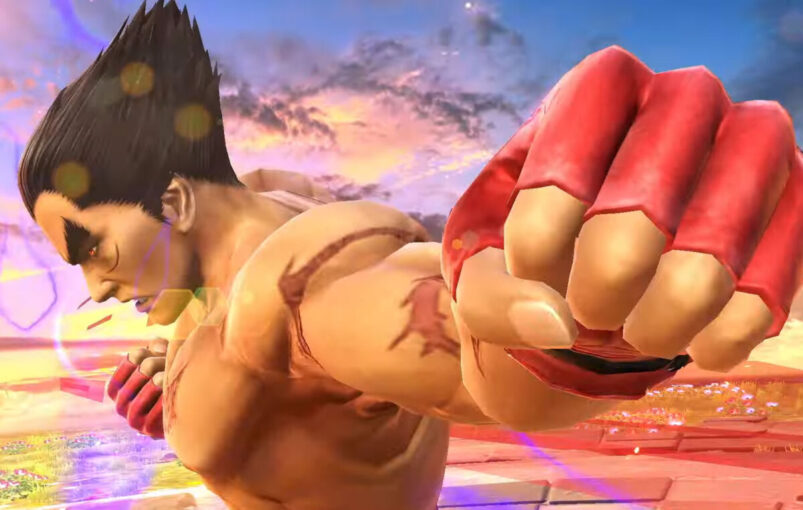 Earlier this week, Masahiro Sakurai took to video, as he often does, to run down the moves and features of the next Super Smash Bros. Ultimate DLC character, the honour this time being bestowed to Tekken’s Kazuya Mishima. However, one crucial bit of information coming out of the Kazuya presentation is Sakurai reaffirming the fact that the next Smash Bros. Ultimate DLC character will be the last one.

The idea that Fighters Pass Vol. 2 will be the last set of DLC for Nintendo’s popular party/fighting game isn’t a new one. Around the release of the second Pass, it was confirmed that those DLC characters would be the last for the game. Still, the fact we’re edging ever closer to that last release fills me with a bit of dread. I’m not even the biggest Smash player and I’m worried about the last DLC character.

Super Smash Bros. Ultimate has been somewhat of an experiment/celebration of gaming history, bringing together franchises and characters from different and oftentimes conflicting parts of gaming to create a melting pot of characters, locations and references where there’s something for everyone. No matter what your gaming sensibilities are, you’ll find a character you can recognise.

Already, Smash Ultimate’s DLC roster has featured some of the most shocking character selections ever seen in a fighting game, including the likes of Banjo-Kazooie, Minecraft Steve and Joker from Persona 5. Then again, the DLC also included another Fire Emblem character, with Byleth taking the last slot on the first Fighter Pass. If that was to be repeated, the entire Smash community would likely erupt in outrage.

Hearing that it’s coming to an end is almost like starting the grieving process. There’s no telling what the future of the Smash series is once the final DLC character drops. If Nintendo ever decided to make another one, would it be a back to basics reset for the franchise, meaning we’d have to say goodbye to all the strange and wonderful collaborations that Super Smash Bros. Ultimate has spawned? If Melee has proved anything, it’s that at least the community would support the game for years afterwards, but Nintendo certainly wouldn’t.

On top of that, a new Super Smash Bros. Ultimate DLC character reveal is an event that tends to bring everyone out of the woodwork, wheeling their predictions out with only those chosen few experiencing the joy that comes with making that accurate prediction. It also brings out those players who just seem to exist in perpetual disappointment, who will never see their characters enter the world of Smash Bros. Trust me, I get it. I’m still waiting for a new F-Zero or Ape Escape. I understand eternal torment.

Fans were already met with crushing news when characters like Dante from Devil May Cry and Skyrim’s Dragonborn were confirmed as Mii Fighter outfits, and that’s only going to get worse. With just one slot left on the good ship Super Smash Bros. Ultimate, the community is going to get as toxic as it’s ever going to get when it comes to seeing their pick. The final DLC character, which is going to serve as a swansong to a game that’s unified the gaming industry, is guaranteed to be a disappointment no matter who the final pick is. Sora from Kingdom Hearts and Crash Bandicoot can’t occupy the same final slot, and that’s without touching a lot of other, popular picks.

This isn’t to say that Sakurai should just shut up and make a new Fighters Pass. The man’s been hard at work on Smash Bros. for the past two decades and then some. Him and the team have earned a break, or the chance to work on something else if they so wish. Probably Kirby, let’s be honest. I’m just concerned that this final DLC character, and perhaps the reaction it receives, will tarnish a brilliant game’s final legacy. I want this to be a “don’t be sad it’s going, be glad it happened” moment, but I feel like there’s going to be vitriol no matter what.

That, or Nintendo and Sakurai could stick the landing, add Waluigi as the last character and world peace would finally be achieved. Also possible.

READ MORE: The Best Switch Fighting Games You Should Play