Sundered Tips To Help You Overcome the Hordes 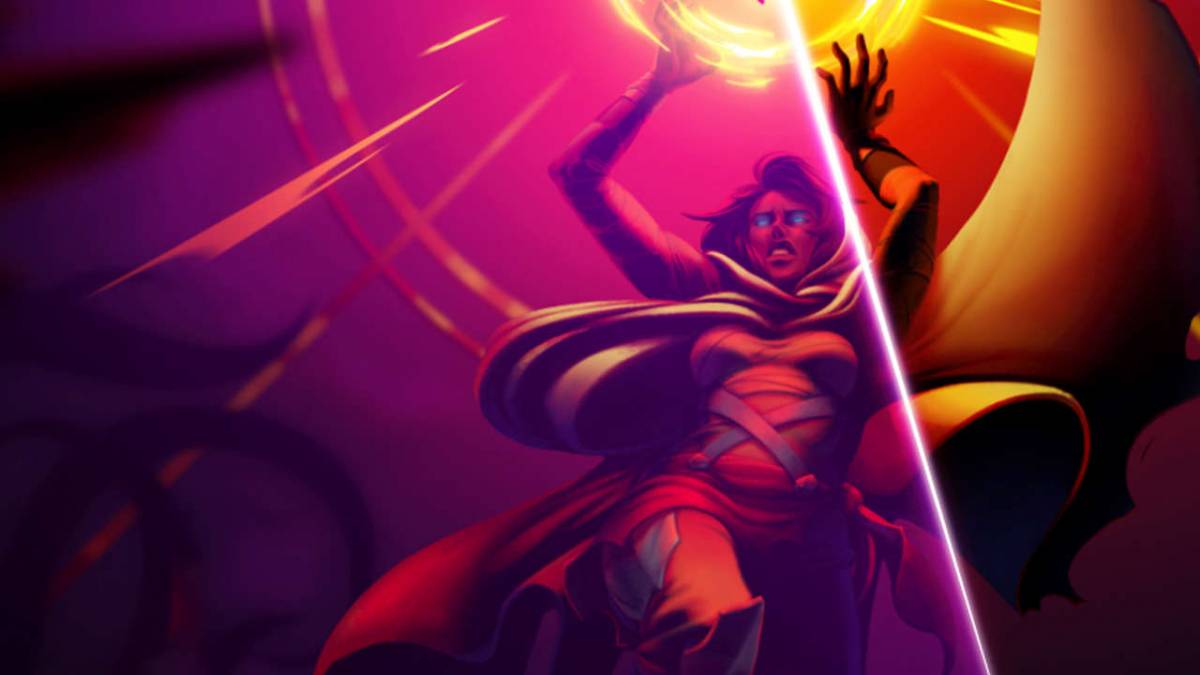 Sundered, the second game from the illustrative whizzes at Thunder Lotus Games, is a bastard hard Metroidvania that wheedles out the weak in its early stages. Thrown into a nightmarish world with nothing but a dodge roll and a simple melee combo, Eshe is hilariously underpowered to take on the plentiful hordes the game throws at the player.

Perseverance pays off, however, eventually leading it to becoming an immensely satisfying horde-basher, even when the screen is packed with enough enemies to make the Night King weep with joy. It’s a feverish, almost trance-inducingly hectic game when it finally hits its stride.

Before you progress enough to feel like a hand-drawn killing machine, you may need some tips to see you through some of Sundered’s hardest moments. 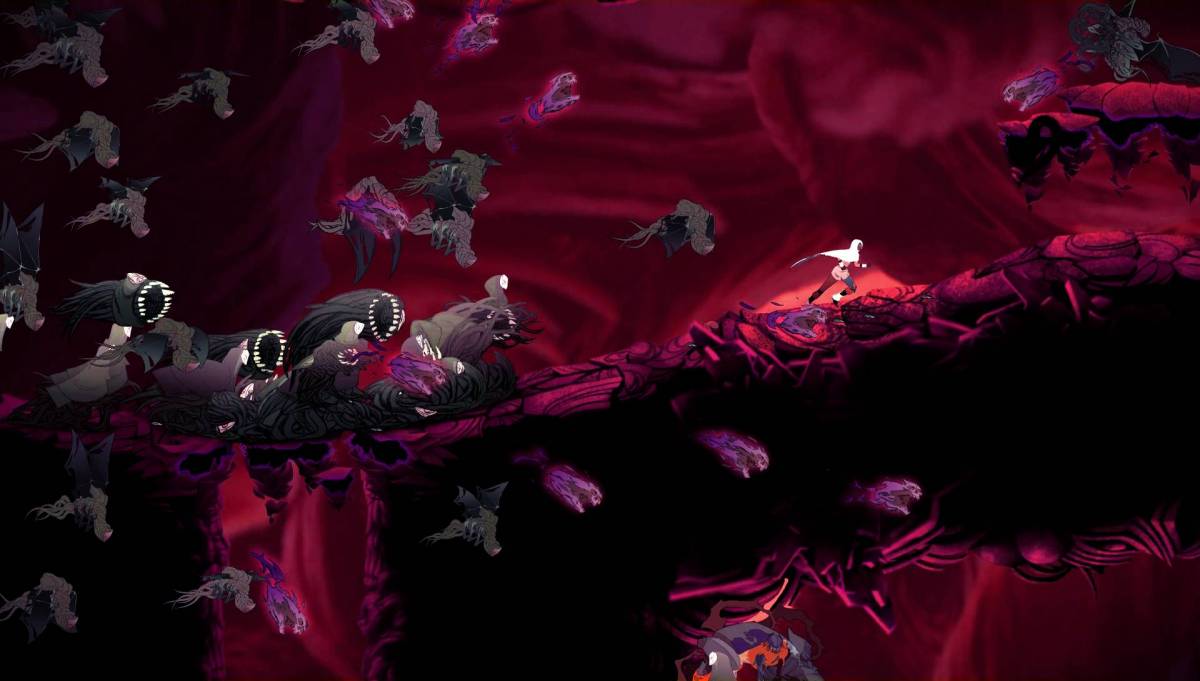 Fleeing, tactically retreating, screeching like a panicked banshee as you try to escape; call it what you will. Running away won’t always feel natural to gamers, but sometimes it’s almost a necessity – that’s most certainly the case in Sundered. When you can barely see where Eshe is because of the amount of things that want to kill you, that’s usually the sign to leg it.

You don’t always need to clear screens before going further, either. It can often just be a case of dashing past enemies to collect perks or abilities, which can sometimes trigger the death of everything in your sight. Bear that in mind the next time the bloodlust kicks in and you find yourself wailing with anger and delight as the hordes close in around you. 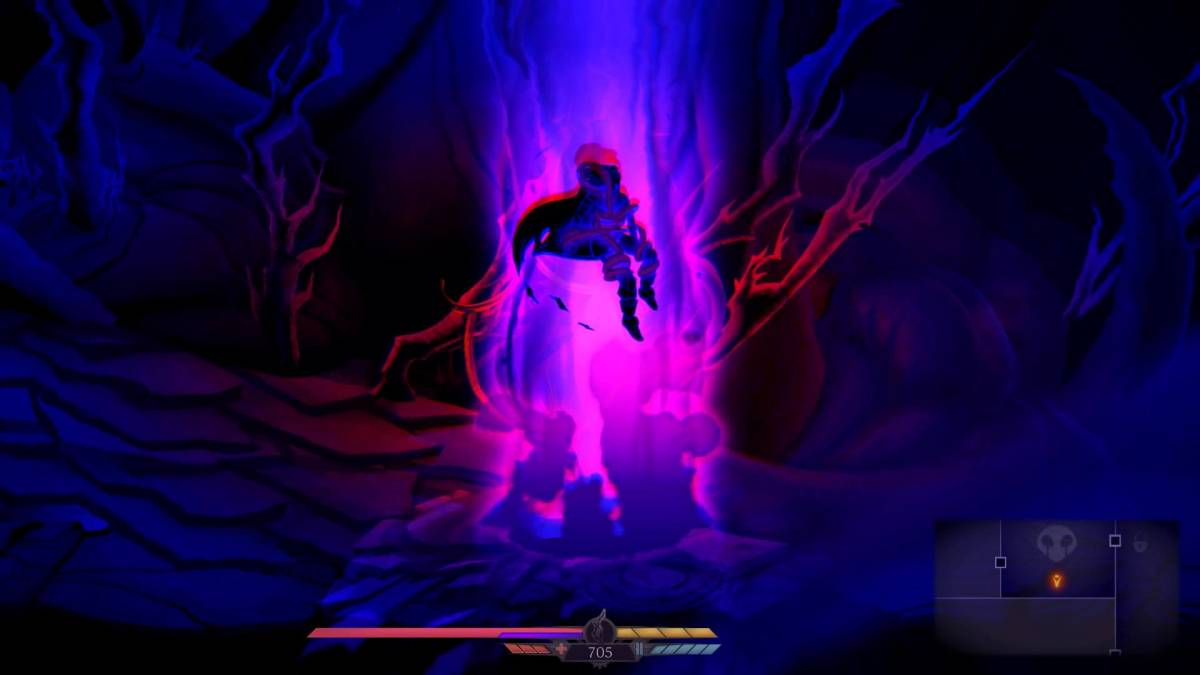 Be bad. Listen to every word the Shining Trapezohedron says to you and nod along like the gleeful little Igor that you are. Embrace that shit. You can think about the morality of it later – this is a video game. Video games were designed to be pure escapism, allowing you to do things you usually couldn’t or wouldn’t do in the real world. So don’t listen to the conscience yammering away in your ear and play Sundered in the most fun way possible.

One of Sundered’s main draws is that it lets you choose to either resist or embrace the darkness, which will ultimately change the ending of the game (there are three in total). Here’s the thing: the rewards for resisting are a little tepid in comparison to the metal-as-hell abilities from the other side. By embracing, Eshe is able to glide like a bat, cause more damage, and just generally wreak havoc and kill all of the things easier. Plus, it gives you a better idea of what to expect from your second and third playthroughs – you’ll need those to 100% the game. 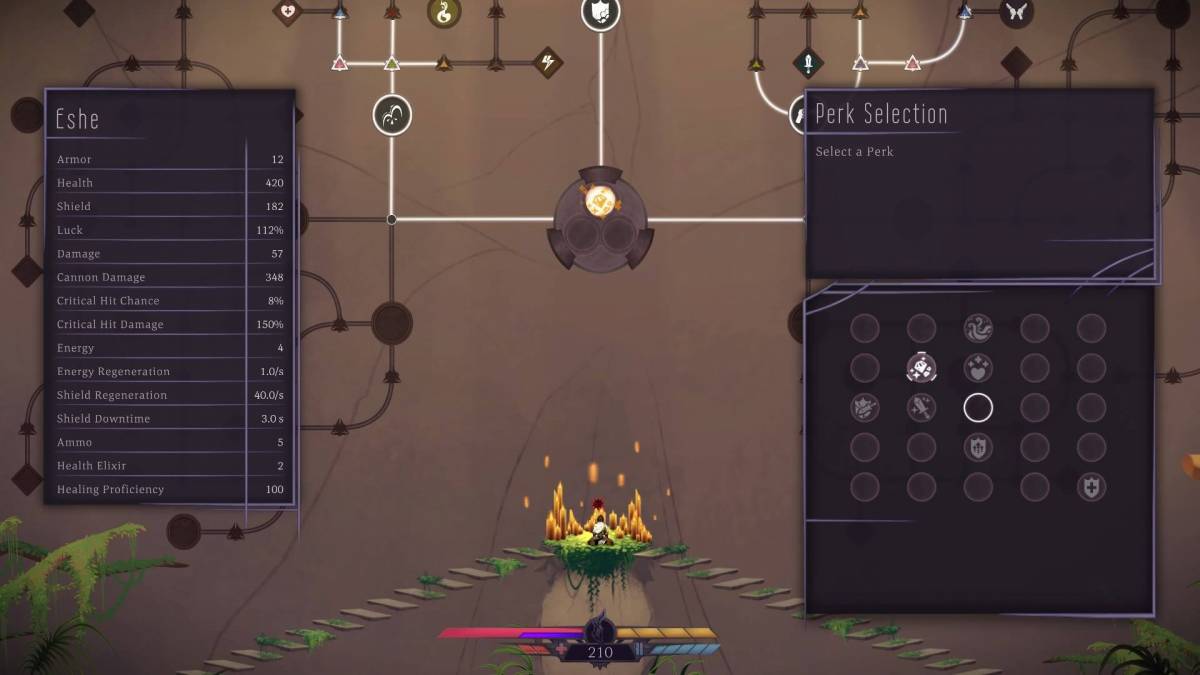 I feel like a lot of people will overlook Sundered’s perks, but they really shouldn’t. Finding the right balance for certain scenarios can prove the difference between progress and your controller getting a bullet. After plenty of fiddling with my three perks, which become available the deeper into the game you go, I could usually find the secret formula to beating the big bad in my way.

A good example of this is when I went up against my Eshe’s final boss, who was basically a bit of an unfair dick about things. After being swatted aside one time too many, I picked perks that would amp up my armour so that all of their cumulative attacks would cause less damage and the (pretty cheap) perk to come back to life once during a run. To round things off, I chose something that would give me extra loot as the final perk so that it was quicker to level up between deaths.

Cheese your way to freedom 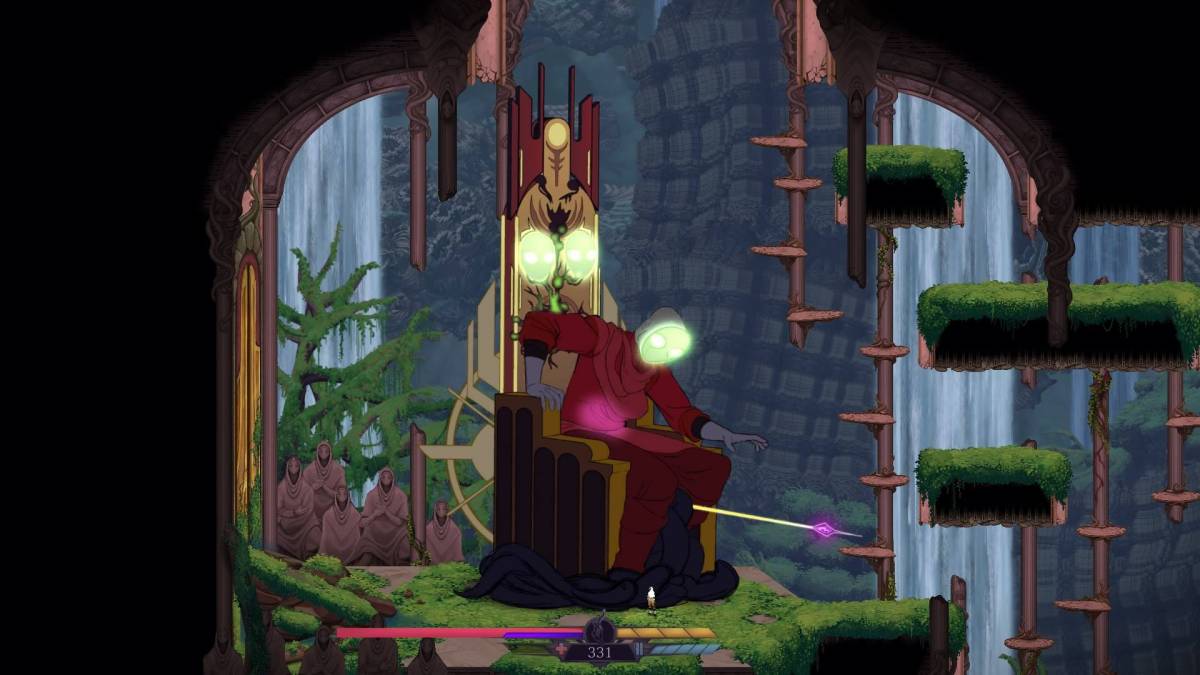 Perhaps it’s just me, but when games like Sundered stack on the pain as much they do, it doesn’t feel quite so bad to fuck them right back with some very snarky tactics, particularly early one. With Eshe being so weak and underpowered, you almost have to look for shortcuts to get ahead.

One such shortcut I like to call the “Alley Oop of Shame” got me out of many a tight spot. The enemies will absolutely pour at you at points, meaning take them on is a bit of a logistical headache. Here’s the solution: find a narrow hole with a bottom and wait. Once they start dropping down, perform an upwards strike, jump up, and then slam back down on them. This sometimes gets them stuck in an animation loop, meaning that you can just juggle them fighting game style.