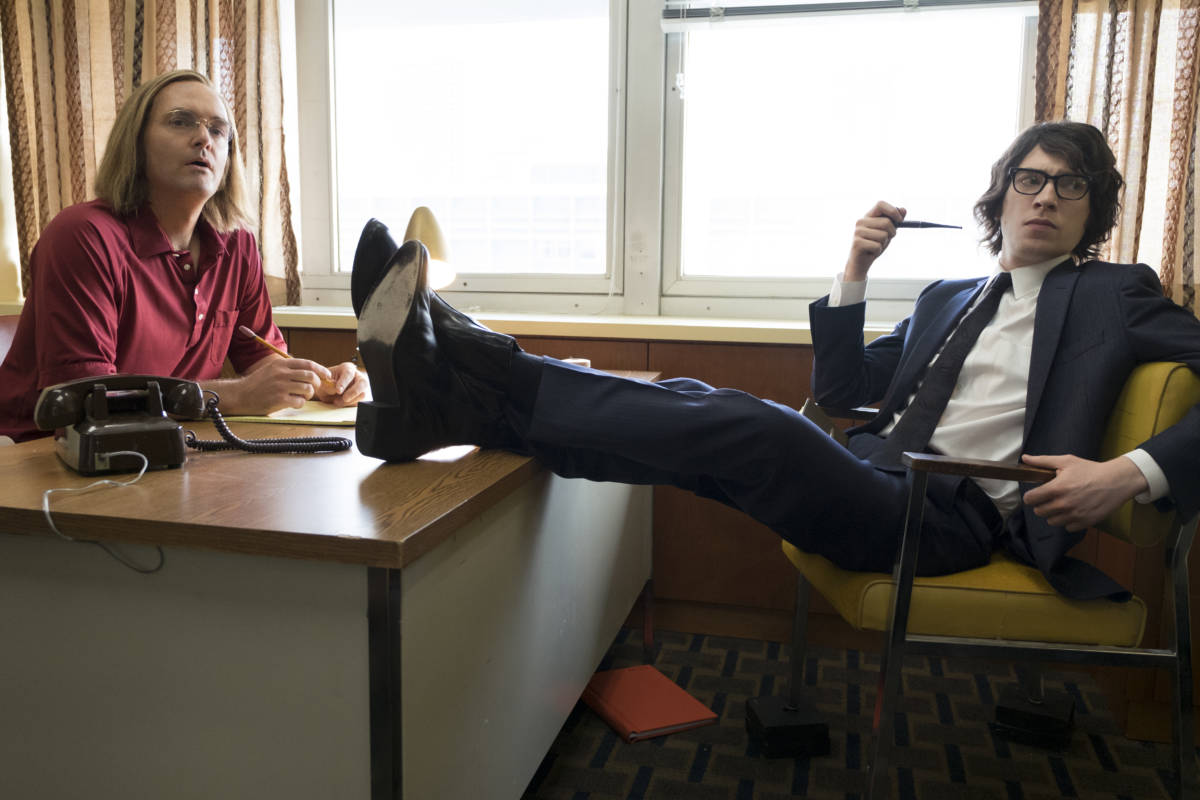 Will Forte and Domhnall Gleeson appear in A Futile and Stupid Gesture by David Wain, an official selection of the Premieres program at the 2018 Sundance Film Festival. Courtesy of Sundance Institute.

A Futile and Stupid Gesture takes viewers behind the scenes of the National Lampoon and some of their movies as director David Wain tells the story of Doug Kenney’s life on screen for the first time in narrative form. Long before Saturday Night Live or The Daily Show were the go-to sources for political satire, people turned to the National Lampoon to read what the magazine had to say.

Whether or not A Futile And Stupid Gesture is made to be a character study or not, there’s a lot to take in while watching the dramatic comedy, most of which was already known, but it’s still fascinating to see how it’s depicted on screen. As a director, Wain tackles the project with just the right sensibility needed for such a film. It’s not a comedy or drama but somewhere in between. Throw in all the classic moments needing to be recreated and there aren’t that many who can do the job and get it right.

It’s at Harvard where Kenney (Will Forte) meets his National Lampoon co-creator Henry Beard (Domhnall Gleeson) and the film shows how their friendship both blossoms and fades into memory. For what it’s worth, this may have been one of Gleeson’s best performances over the past year next to his work in Goodbye Christopher Robin. He disappears into the role of Beard, a person who was as behind-the-scenes as anyone could get.

Whether or not Kenney took it hard over how the Lampoon alumni were doing is unsure. There’s a long list of them, including Chevy Chase, John Belushi, Bill Murray, Michael O’Donoghue, Gilda Radner, Harold Ramis, and many more. Some of these are portrayed by actors who do them justice in both looks and voice. Others, not so much–and there’s a meta joke to this. But, like anyone at the time, Kenney was on drugs. Did it affect his thinking? Maybe. It certainly led to the breakup with actress Kathryn Walker (Emmy Rossum).

The film’s release comes a few short years after a documentary on the National Lampoon, Drunk Stoned Brilliant Dead, was released. The film goes completely meta with an older Doug Kenney (Martin Mull) acting as a narrative device and at one point, there’s a whole bit on how the actors they cast look nothing like the ones they portray, how Will Forte doesn’t look like Kenney at 27, or how things have been changed for dramatic purposes.

Most importantly, comedy fans–okay, comedy nerds if you want to be correct here–will certainly be pleased to get the behind the scenes glimpses at Animal House, including this film’s title line uttered by Tim Matheson’s Otter Stratton, and Caddyshack. There’s a lot of irony in the casting of Joel McHale as his Community castmate Chevy Chase but McHale does a solid job portraying one of Saturday Night Live‘s earliest stars, including the stumbles. To his great credit, National Lampoon publisher Matty Simmons (Matt Walsh) had the hindsight to start up an office in Los Angeles and Kenney soon followed.

Doug Kenney is one of the interesting figures in comedy but his legacy is right there in the DNA of satire, television, and movies. A Futile and Stupid Gesture does right by the late genius. If he wasn’t a household name before, he will be now.

An official selection of the 2018 Sundance Film Festival, A Futile and Stupid Gesture is a part of the Premieres program. Netflix will release the film on January 26, 2018.