Spoiled for choice, like a kid locked in a candy store. 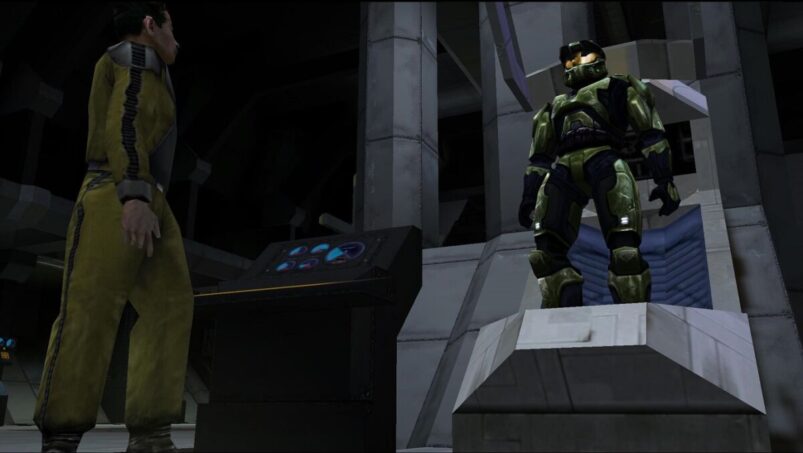 My name is Ryan Stevens, and I have a video game backlog. This might not seem like a huge confession or a problem that warrants an article, but this is a new experience for me. I’ve managed to spend most of my life playing only a small number of games at a time, giving titles plenty of love and attention until either I rolled credits or decided I’d had my fill. But now, I’ve got multiple notes on my phone – games to plan to cover, games I’ve bought physically but haven’t touched yet, and likewise for digital games – and a loose schedule of what to tackle when. So how did we get here? What broke the floodgates open, and how did I end up like a gaming version of Sisyphus, rolling myself up through titles only to topple back down into a heap of untouched games?

The first crack in the dam of my gaming fortitude came last November when, after visiting my girlfriend’s family for Thanksgiving, we took her original Xbox back to our apartment. She had a few old games that I’d never played before, including The Simpsons: Road Rage, Harry Potter Quidditch World Cup, and the original Halo. I’d never touched any of these, and looked forward to figuring out what was so great about this lauded first-person shooter. I live near a used game store, and, having this new-to-us console, we went and picked up some other bygone titles to tinker with. Nothing too bad lately, especially since there weren’t many new releases toward the end of last year to drag me back into the present.

Without thinking much about it, I started compiling a list of Xbox games to track down and buy second-hand if they presented themselves at a reasonable price. To paraphrase John Green, I fell into a gaming backlog like you would fall asleep: slowly, and then all at once.

When I went to see family for Christmas, I returned with my childhood GameCube and another list of titles to track down for the little purple box. A few weeks later, a friend posted on Facebook that they were moving away and looking to sell his PlayStation 2. You can guess how quickly I snapped up the offer. Where did this impulse come from? My girlfriend and I were ecstatic about collecting every console from this particular generation, like an off-brand Thanos snapping a semi-backwards-compatible gem into his gaudy golden entertainment center. We had a PS2, which meant we basically had a PS2 and a PS1, which meant even more classic and forgotten games to consider tracking down.

I can be proud that I haven’t succumbed to the sickening price-scalping of games from just a few generations ago (which is for some reason most egregious on GameCube games, so if anyone has a reasonably priced copy of Paper Mario: The Thousand Year Door, DM me on Twitter please). I don’t pay more than the release price for any games on principle, so while I haven’t ravenously added every old gem to my collection, I do have a collection worth calling a ‘collection’ now. Was this fiscally responsible? Unclear. But it’s definitely been fun.

Growing up, I did not have the financial flexibility to indulge in gaming to this extent – like many kids, I would get 2 or 3 games a year, around Christmas and my birthday. I had to be very selective and specific with what I asked for, and make it last until the next chance. I was also a Nintendo household, because those were the consoles that most interested me and there was no way I was convincing my parents to shell out cash for a whole ‘nother video game box. I kept up to date with other releases through friends with other consoles, and through watching video game shows on TV on channels like the recently-resurrected G4. I knew what I was missing, but with the elastic mental fortitude of youth, I was fine with it. I had what I had, and watching the trailer for Metal Gear Solid IV on dial-up internet was, in my mind, just as good as playing it (some MGS fans today might even say this was better than playing it – I haven’t tracked down a PS3 yet to see if they’re right).

This selectivity of video games stuck with me into college, where I was on my own but still strapped for cash. I saved up a summer job’s wages for a 3DS and my copy of Animal Crossing New Leaf has enough hours logged for me to have played the whole Final Fantasy series.

As I’ve continued to grow up, there’s been a shift in what I have to budget. With more stable income comes less frequent free time, and now it’s harder for me to budget time than to budget money.

Playing a video game for me requires a certain amount of loyalty – I try to finish what I start, and have as few diversions as I can (though there are always things like multiplayer games or perpetual titles like the aforementioned Animal Crossings to take a breather in). When my time isn’t as free as it used to be, deciding to take the time to get good at Dark Souls, or to figure out exactly why people love Halo so much, means that time isn’t being used on other titles or, heck, other activities that aren’t gaming at all.

Additionally, there’s the fact that, thanks to this very site, I now consider playing games a work endeavor. I write reviews, which requires specific focus and time management. Going into a game for review is often a roll of the dice in terms of a time commitment, and requires a lot more active attention and analysis than just chilling with my pals in a game of Apex Legends.

January was a good month to revisit the oldies, because there weren’t many new releases (and none I reviewed). But January is ending fast, and February has some real high-profile titles on the way. This dragon’s hoard of old games certainly aren’t going to get any younger, and it’s not likely I’ll be able to turn my analysis of Break Down for the Xbox into a feature that has much demand. In a way that’s freeing – I’m playing these games 100% for fun and 0% to turn them into words for money. But this doesn’t change the fact that, for the first time in my life, I have more games to play than I have time in the near future to play them.

I’d like to take a brief aside to review some of the vintage games I’ve played:

Halo – pretty good. I get how Mountain Dew would pair nicely with playing this for nineteen hours at a time.

Metal Gear Solid 2 – every bit as good as you remember, and actually better.

Silent Hill 2 – narratively rich, if mechanically clumsy. Both more and less than it has been made out to be by pop culture.

Jumping Flash 2 – Tank controls, huh. I’m glad we’ve left these in the past.

Jet Set Radio Future – all of the style and sizzle of the first game (which I did play at a friend’s house)–and no mechanical friction I remembered as a clumsy kid. Unrivaled soundtrack.

ATV Offroad Fury 2 – Tony Hawk’s Pro Skater, but with ATVs and worse maps. I can’t imagine they reinvented the controls from ATV Offroad Fury too much between titles, but if it ain’t broke, etc.

Red Dead Revolver – It’s beautiful how straightforward and simple games used to be. Run down this alleyway and shoot these guys while MIDI versions of Morricone scores play. What more could you want?

Persona 3 – I haven’t started this yet. When will I? Whenever I know I’ll have 80 hours lying around. Good to know Persona’s been consistent for decades. 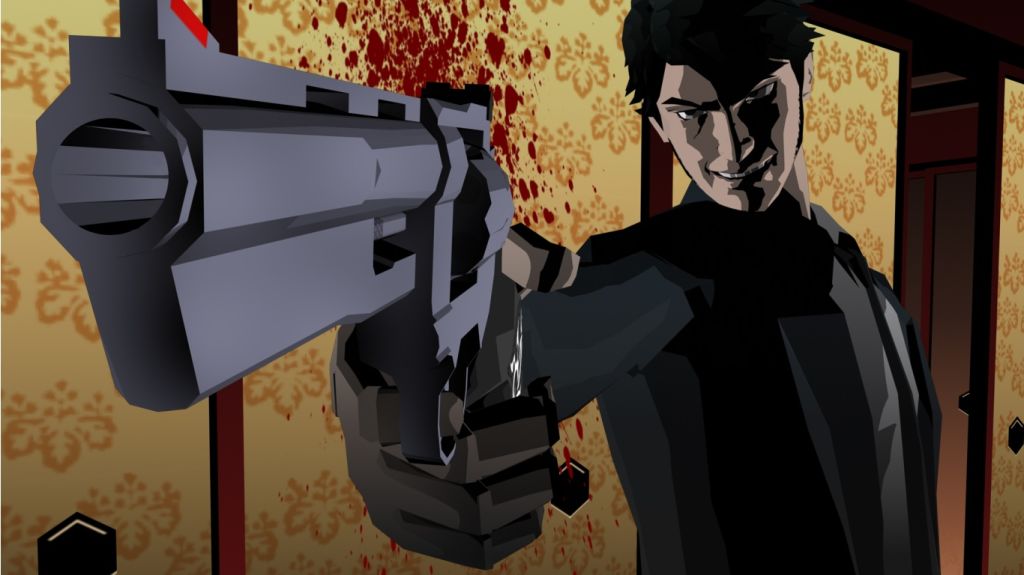 Now that we’ve hit the highlights, let’s get back to my crisis. I know how I dug myself into this hole (mostly clicking ‘add to cart’ on eBay), but what I don’t know is how to go forward. In the age of massive game possibilities at our fingertips, bolstered by streaming game libraries like Game Pass, Nintendo Switch Online, or PlayStation Plus, playing games can be like taking a sip of water at the bottom of a pool: quenching your thirst is a breath away from drowning underneath it all. This is, of course, a “good problem” – the kind of predicament my younger self would thrash me upside the head for complaining about – but it does beg the question of how we divide our time, and how we choose to engage with gaming’s past and its future.

Now there’s certainly a version of this predicament in all forms of media – I know I could never read every book in the world, or see every movie ever made or track down every flavor of international Kit-Kat variation. The difference is that this slowly-amassing pile of yet-unplayed games are all titles I’ve shelled out money for. I don’t need to read every book in the world, but I do want to read every book on my bookshelf. If my younger self got a game, they damn sure played it until the disc barely spun, and to go from that to lazing around with my stacks of untouched riches feels indulgent in an unpleasant way.

But no matter what comes of this, I am now a gamer with a backlog. I will never be able to complain about having nothing to play for as long as I live, and as much as it makes me sweat about my finite time left on this earth, it also means I have the responsibility to figure out how to use that time, and what games are worth it. I’ve heard good things about Morrowind.

READ MORE: Why Were Some PS2 Discs Blue?