The answer lies, in the heart of battle. 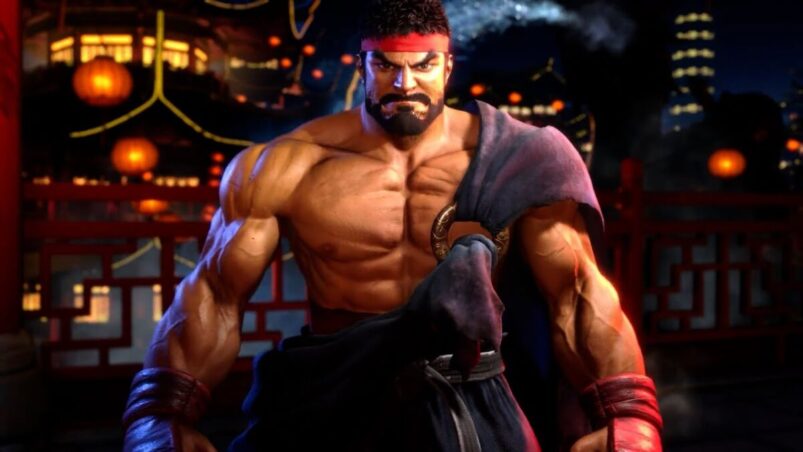 Considering the fact that he’s the poster boy for the entire series, it’s not surprising to see that Ryu is front and center of Street Fighter 6. If you’re new to the franchise and you’re looking to learn some who’s a bit easy and demands a bit less from you than other characters, Ryu has always been a solid shout, and in Street Fighter 6, it’s no exception.

Here’s everything you need to know about Ryu’s movelist in Street Fighter 6, including his Special Moves, Overdrives (EX Moves), Unique Moves, Super Arts and Critical Arts.

Ryu’s old bread and butter fireball, the Hadoken is a core part of Ryu’s overall kit. At a basic level, it can be used as a zoning/spacing tool to keep the opponent at a distance, but as you get into the more advanced side of Street Fighter, the Hadoken is used as combo ender or even can be cancelled into certain Super Arts. Pressing two punch buttons together will perform the Overdrive Hadoken, which is basically a stronger hadoken which hits opponents twice.

The classic uppercut, the Shoryuken is a wonderful novice option for wake-up attacks, and its utility as an anti-air attack can never be overstated due to its invulnerability to aerial attacks. If you’re a new player, you’ll likely struggle with the motion at first, though one of the best ways to start inputting it is to press forward, then perform half of a hadouken motion and press punch. It’ll take some getting used to, especially if you’re trying to perform it on the player 2 side, but with practice, you’ll get there. Pressing two punch buttons simultaneously will perform the Overdrive Shoryuken, which is faster, stronger and can be cancelled into from most strikes. It’s Ryu’s main combo ender, so keep it in mind.

A hurricane kick that travels forward across the screen, the Tatsumaki Senpu-kyaku will be your first noticeable example of how the strength of your attack (light, medium or heavy) determines what the move itself does. Light tatsus are quite brief, but a heavy Tatsu is a much longer move. They’re a core part of Ryu’s kit, and can be used in a variety of ways. Pressing two kick buttons at the same time will perform the Overdrive Tatsumaki Senpu-kyaku, which sees Ryu stay in place while hitting the opponent multiple times.

Performing the Tatsu input while in the air will perform a modified Tatsu that can cover your aerial approach, especially when your opponent is jumping up in the air to stuff your offence. Jumping then performing the input while in the air can be difficult for new players, but when you get to a high level, this is another great tool in your arsenal. Pressing two kicks together for the Overdrive version will see Ryu forgo the laws of gravity and levitate, just for a brief moment. It’s a great move for throwing your opponent off who might be waiting to anti-air you.

A returning move from Street Fighter 3, the High Blade Kick is a powerful thrust kick that’s designed to catch opponents unaware. The move rewards ideal spacing, as you can perform the move while the opponent is whiffing for decent damage. Pressing both kicks together will perform the Overdrive High Blade Kick, which causes the opponent to be launched across the screen when hit. The opponent will bounce off the wall back towards you, so if you play your cards right, you could follow up with an uppercut or even a super art.

A short range strike, the Hashogeki sees Ryu focusing his ki energy into direct palm strike that can be used as a follow-up in combos or when the opponent is blocking to apply pressure. While the heavy version of Hashogeki has two hits, the Overdrive version still does more damage overall, so if you’ve got the drive meter to spare, it might be worth throwing out the stronger Hashogeki in your arsenal.

The Denjin Charge is a unique move, as it charges up the next use of your Hadoken or your Hashogeki. Performing the charge will leave you vulnerable, but the results are worthwhile, as it’ll make your moves more powerful. Those Hadokens and Hashogekis can still be combined with Overdrive while in the Denjin state too, and the Denjin state even applies to the Shinku Hadoken and Shin Hashogeki super arts too.

A two-hit overhead attack designed to punish a crouching opponent. If your opponent keeps getting down low, the Collarbone Breaker is an excellent way of keeping them honest.

A two hit punch to the stomach, the Solar Plexus Strike moves Ryu forward as its performed, but the real benefit to it is the fact that you’ll still be able to act first even if the opponent is blocking. It’s a beautiful tool for applying pressure.

The Short Uppercut is a brilliant attack, largely because it allows players to cancel into special moves with ease. If you get a hit with the Short Uppercut, make sure to follow up with a Shoryuken too.

A two-hit kick, the Axe Kick functions in much the same way as the Short Uppercut, allowing players to cancel the strike into various special moves. You can cancel the Axe Kick during either hit, so if you’re mashing out your special move input immediately, you might not be getting the most damage out of your combo.

A simple combo with a large window of input leniency, the High Double Strike is a solid tool for getting decent damage as a new player. You can also combo this off a jumping heavy punch, which is the noob’s bread and butter.

A solid target combo that hits high, low, high, the Fuwa Triple Strike is well worth practising and remembering. As it’s a quick series of strikes, it’ll rarely leave you open to a follow-up.

Ryu’s timeless super move, the Shinku Hadoken is a powerful fireball that makes for a brilliant combo ender, or can stop someone who’s spamming projectiles from long range. It possesses incredible speed, so it can also be used to punish opponents at a longer distance than you’d normally be able to.

The Shin Hashogeki is a more powerful version of the regular move, but it also carries the unique quality that it can be charged by holding down the punch button. Doing so increases the attack power of the move, but you do leave yourself vulnerable to be punished while charging.

Ryu’s ultimate attack, the Shin Shoryuken is a devastating uppercut and a Super Art that you should get familiar with immediately. In general, it can be comboed or cancelled into from a variety of moves, making it a brilliant combo ender. Plus, the cinematic looks incredible. If your health is below 25%, you’ll unlock the Critical Art version of this move, which hits so much harder.