The Batch is back. 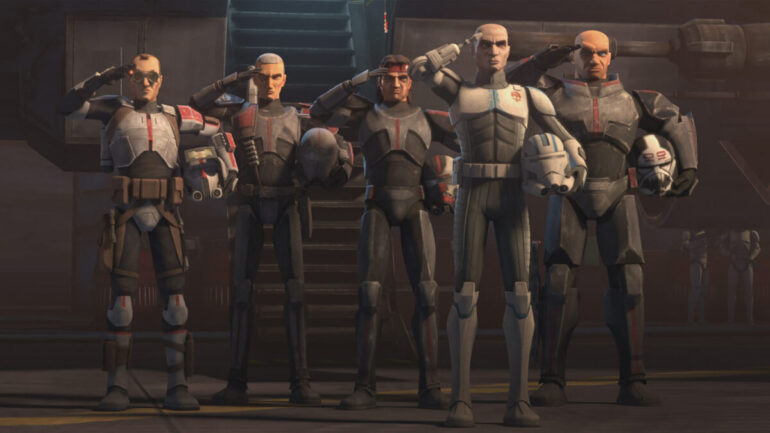 This year’s Star Wars Day saw the premiere of Disney+’s new animated series Star Wars: The Bad Batch. The show follows Clone Force 99, the eponymous “Bad Batch” – Republic clone troopers with unique mutations (and personalities) that set them apart from their “reg” clone counterparts. This extended pilot episode, entitled ‘Aftermath’, follows the Bad Batch through one of the most tumultuous moments in Star Wars history: the end of the Clone Wars, the fall of the Jedi Order, and the transformation of the Republic into the Galactic Empire.

We find the Bad Batch more or less exactly how we left them after their debut in the seventh season Star Wars: The Clone Wars, running special ops for the Republic with unorthodox yet effective tactics. The team is led by Hunter, a dedicated soldier with heightened senses, knife skills, and a Rambo headband to match. Then there’s Wrecker, the child-like strongman who’s always itchy to blow something up. They’re joined by blunt computer whiz Tech, surly marksman Crosshair, and the newest member, Echo, a clone trooper turned into a living machine by Separatist experimentation.

Fans of Star Wars: The Clone Wars could be forgiven for thinking ‘Aftermath’ is simply the beginning of a new season of that beloved show. The animation style is identical to that of The Clone Wars – specifically the refined, more detailed version we saw in the final season. Star Wars guru Dave Filoni returns as creator and showrunner, bringing with him Clone Wars’ spirit of adventure, combination of mature themes and humor, and reverence for Star Wars history. Not to mention a number of cameos that will excite longtime fans of Star Wars animation.

That said, if you’ve never seen The Clone Wars, ‘Aftermath’ works perfectly well as an introduction to the Bad Batch and their place in the galaxy. There’s plenty of quality action in unique Star Wars locations. A training sequence on the clones’ homeworld of Kamino is particularly memorable. New mysteries are raised – who is Omega, the little girl who has a fascination with the Bad Batch? And questions of galactic politics are posed – with the war over, what does the Empire have planned for the clones? The Bad Batch seems perfectly situated for an adventure-of-the-week format driven by these overarching plot threads.

Like every clone trooper shares Jango Fett’s DNA, the shared DNA between The Clone Wars and The Bad Batch is both series’ focus on the individuality of clone troopers. When it wasn’t following the Force-fueled exploits of Jedi Knights, The Clone Wars was chronicling the relationships and struggles of clones. It showed us not mindless, uniform soldiers, but human beings with their own perspectives on brotherhood, morality, and duty. Though they might all have had the same face, they were not faceless.

This wouldn’t have been possible without the stellar voice-acting of Dee Bradley Baker, who played every single clone, yet managed to bring each to life with their own personalities and idiosyncrasies. The same is true of Baker’s voice work in The Bad Batch. Returning to play every member of the team, the voice-acting veteran manages to make each feel incredibly distinct, while still sounding quite a bit like the clone troopers he established over the course of The Clone Wars.

The theme of individuality is front and center in the premiere of The Bad Batch. As a result of both their mutations and their experiences, Clone Force 99’s differences in personality are far more pronounced than regular clones, resulting in a strained relationship with their “reg” counterparts. Though made from the same genetic material, their deviation from the norm casts suspicion on them in the eyes of many of their clone brothers-in-arms. As a result, they keep at a distance, preferring to work alone and with a tenuous relationship to authority.

Without wading too far into spoiler territory, the Bad Batch’s uniqueness further complicates matters when secret Sith lord and newly ascendant Galactic Emperor Palpatine issues the infamous Order 66, a secret mental command implanted in every clone forcing them to turn on their Jedi generals. The Bad Batch’s mutations negate this command, allowing them the freedom of thought to question the morality of their new orders and the intentions of the new Imperial regime. Over the course of ‘Aftermath’, new wedges are driven between the Bad Batch and the other clones, and even between members of the team.

A couple of years back, it would have been difficult to predict that we’d have a new Star Wars show about a ragtag group of clones first introduced in an unfinished Clone Wars story reel, but here we are. The Bad Batch have landed, and ‘Aftermath’ has given us a much-desired snapshot of the state of the Star Wars galaxy post-Clone Wars.

We’ve seen where the wars’ end leaves Anakin Skywalker and Ahsoka Tano, but what about the countless clones who were forced to kill their friends and comrades against their will? What role do beings bred solely to fight play now that the war is over? And if the Bad Batch represent the freedom to dissent, how will they respond to the rise of an authoritarian regime that has thousands of their brothers in thrall? If the premiere is any indication, The Bad Batch is poised to answer these questions and go on some action-packed Clone Wars-style adventures along the way.

READ MORE: That Insidious Beast: The Mandalorian And Son 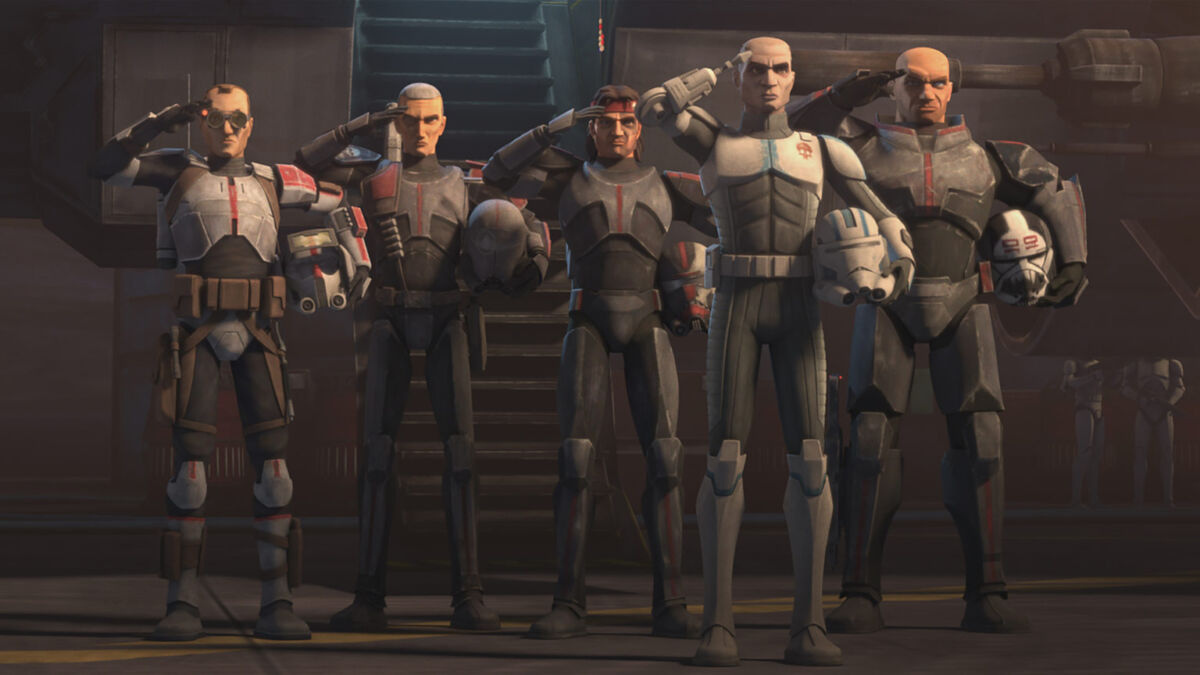 Verdict
A worthy follow-up to The Clone Wars, The Bad Batch’s first episode delivers on the promise of its predecessor – action, heart, and Star Wars cameos galore. It’s difficult to say which is more unlikely: that a team of misfit clones could headline their own Star Wars show, or that that show would be pretty damn good.
8
Cultured Vultures is a pop culture website established in 2013 covering all things gaming, movies, and more. We eat your words.
All The News On Your Favourite Games