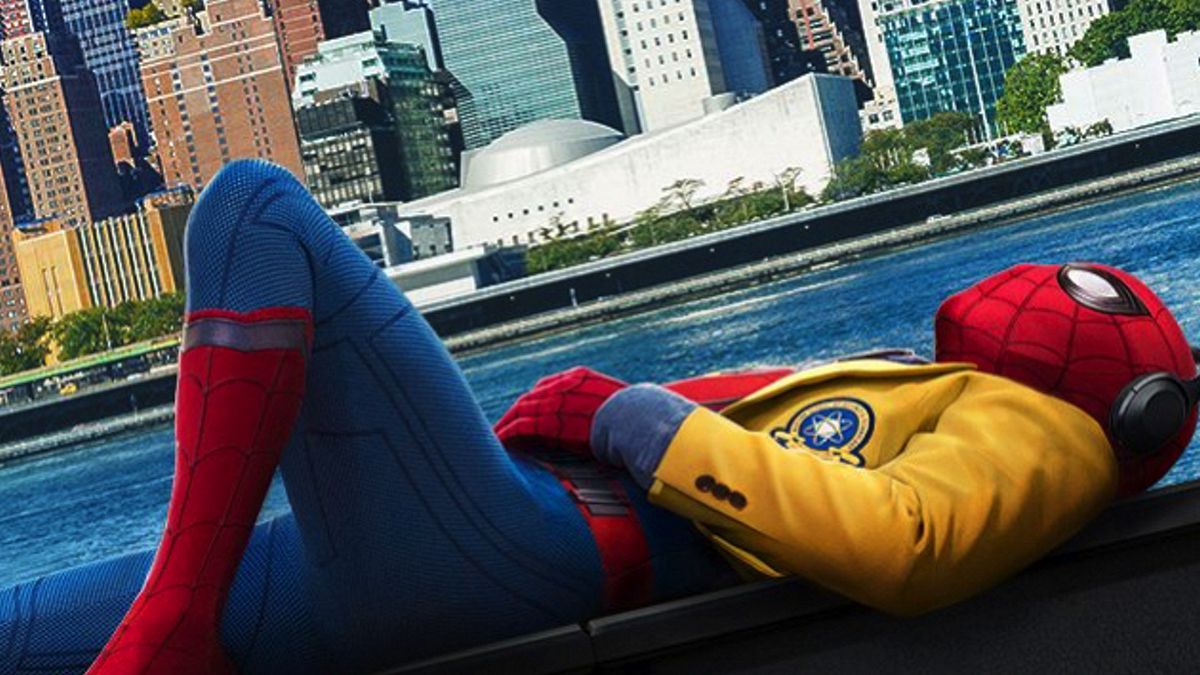 If there’s one thing that Sony can claim they’ve got right post-2010 it surely has to be their decision to loan back the rights to everyone’s friendly neighborhood Spider-Man back to Marvel, because boy does their latest, Homecoming, come off spectacularly.

We join old webhead straight after the events of Civil War, awaiting to be called up as a fully fledged Avenger while dealing with low-level crooks in the meantime and juggling the nightmares that come from being a high school kid. He’s mentored by Tony Stark, who has gifted him a kick-ass suit and told to keep his crime-fighting on the down low, but that proves tough when he tangles with Michael Keaton’s Vulture, a once legit large scale clean-up crew member who loses everything and turns to a life of crime selling alien tech as weaponry on the black market. Can Peter Parker keep it low key or does the chance to prove himself as an Avenger to Stark prove too tempting?

So what does 2017 Spidey do differently than, or at least comparatively well to Sam Raimi’s early noughties efforts? What makes this character worth a second reboot in 5 years? For a start tonally it’s spot on. Hitting the sweet spot of showing our hero acting the smart arse with quips ahoy but also heroic enough so that he can be taken seriously. However as a whole the film is definitely on the lighter side, enjoying a breezy, almost giddy enthusiasm for the character like a 15 year old would if they were blessed with these amazing powers. The film also has a very John Hughes, 1980’s teen vibe throughout (John Hughes even gets referenced head on in a very jovial chase scene). So gone are the brooding angst of the Amazing Spider-Man films and here is a Spider-Man that’s fun again.

The film also works brilliantly because for the first time in an age this is a Marvel film that feels very singular. You feel like Homecoming has got the Marvel cinematic universe DNA running through its veins, and references other titles and characters without feeling like it’s another jigsaw piece on the way to something grander. Furthermore this is a pretty grounded affair by Marvel’s standards. The Vulture doesn’t want to destroy the world and bring the world to its knees, he’s just a working class man who got screwed out of work so is doing what he needs to do to provide for his family. Also just seeing Peter Parker be a teenager with normal teenage struggles is done with a refreshing simplicity. He needs a date to prom, he gets detention, he deals with bullies. It’s all very normal.

Performance-wise the film is pitch perfect. Tom Holland has got to be the finest on screen performance of Spider-Man to date, adding that youthful giddiness and sharp-wit that’s been so sorely lacking and cuts a nimble figure throughout. As aforementioned, Michael Keaton as Vulture proves to be a decent Marvel villain for a change, imbuing him with a working class pride and a decent motivation for his life of crime. Elsewhere Jacob Batalon as Peter’s best friend is fantastic comic relief and Zendaya as Michelle, a sort of mate to the hapless pair is brilliant too, instilling a very sarcastic, middle-finger-to-you wry teenager whose deadpan delivery is a treat.

However the one problem the film can’t shake from its DNA is that its villain, as great as he is, could really do with some more development. Michael Keaton is a brilliant actor but needed more time to shine as menacing force. Also the film’s finale threatens to get away from the grounded nature of what came previously by becoming an all too familiar CG slugfest. That being said it just about gets saved before it gets too over the top.

So, will Sony be doing more work with Marvel regarding Spider-Man? It’s a guarantee. Hey, ho, let’s go!

Verdict
Spider-Man: Homecoming is a delight to watch and feels as much of a joy as it looked to film. The performances are great, and the direction of Jon Watts gives us time for our titular character to breathe and still gives us coherent action set pieces for us to marvel at. The script is funny and zips along at a wonderful pace.
8
Cultured Vultures is a pop culture website established in 2013 covering all things gaming, movies, and more. We eat your words.
All The News On The Biggest Games