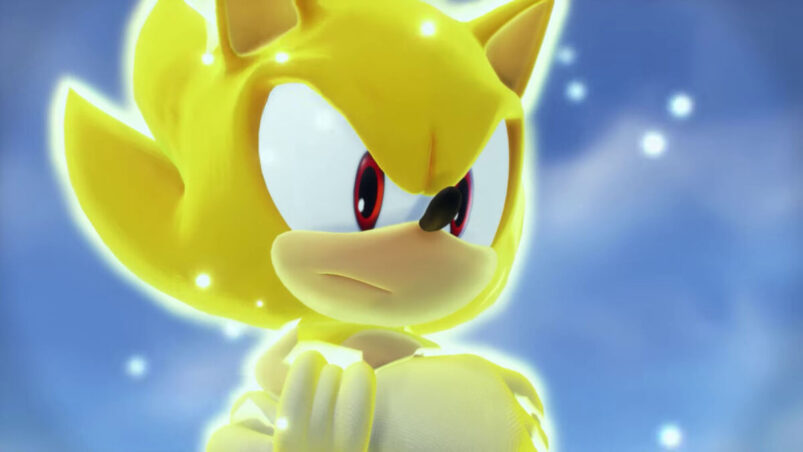 Get ready for a completely new take on the beloved classic Sonic games, as SEGA is shaking things up with its brand new franchise installment, Sonic Frontiers. But can Sonic fans expect Sonic Frontiers to launch on Xbox Game Pass?

Fans of the speedy blue hedgehog know him best by his proverbial saying, “Gotta go fast!”, but there’s more to Sonic than just his incredible speed. He’s a fighter, a hacker, an explorer, and has many solid relationships, and Sonic Frontiers delves right into these fantastic details.

If you haven’t seen a breakdown of the new Sonic game yet, you can watch the overview trailer, which really showcases all of Sonic’s aspects and not just his super speed. Sonic Frontiers is set to release on November 8, 2022, and it’ll be available on PC, PS4, PS5, Xbox One, Xbox Series X & S, and Switch.

With so many fans of the Blue Blur understandably excited for the next iteration in the franchise, some are wondering if the game will be heading to Game Pass. However, considering that it’s a Sonic game published by SEGA, the probability isn’t promising.

Fans of Sonic the Hedgehog will be able to reach top speeds and explore new worlds in the realm of Sonic Frontiers. The game is set in the mystifying Starfall Islands, where Sonic embarks on a quest to collect all of the Chaos Emeralds.

There’ll be several familiar faces in the game, including Sonic’s adorable sidekick, Tails, and the fabulously pink Amy Rose. Sonic Frontiers contains many traditional elements that can be found in classic Sonic games, including platforming, ring collecting, rail grinding, and puzzle solving. Sonic also has a ton of classic abilities he can utilize, like high-speed running and rolling, double jumping, and speed boosts.

There are also a ton of new abilities for Sonic fans to explore, such as combat attacks, using the Cycloop to create a ring of light, and even wall running. This fresh take on the Sonic franchise will adapt the classic concepts that fans have come to know and love to fit an open-world game type. Team leader, Takashi Iizuka, hopes that Sonic Frontiers will ultimately help connect the different Sonic universes for a more unified experience.

Sonic Frontiers is scheduled to make its debut on November 8th, 2022. The game will launch on multiple platforms, including the Nintendo Switch, PS4, PS5, Xbox One, Xbox Series X & S, and PC.

There’s been no official comment from SEGA on whether Sonic Frontiers will be available on Game Pass upon its release, but it doesn’t seem probable. The game most likely won’t head to Game Pass anytime soon, either.

Sonic Frontiers isn’t from Microsoft or any of its affiliated game studios, which means a game day release to Game Pass is incredibly unlikely. This doesn’t necessarily rule out Sonic Frontiers heading to the gaming subscription service later on. If fans are hoping for a cheaper way to play the game, they’ll simply have to wait and see.

READ NEXT: Is Evil West Coming to Xbox Game Pass?