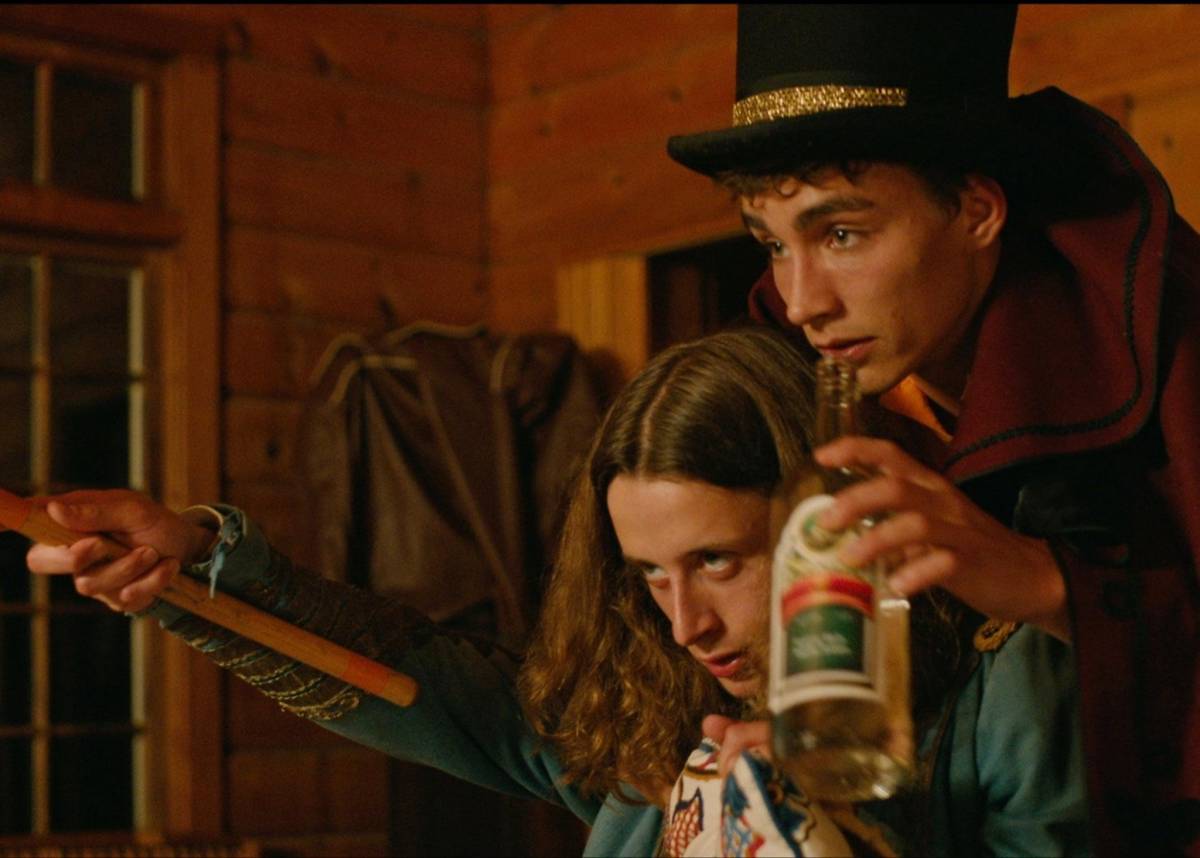 The Song of Sway Lake, written by Elizabeth Bull and Ari Gold and directed by Gold, begins and ends with a simple poetic image: two young lovers in their teens or early twenties jump nude into a lake and embrace each other underwater. All the major themes of the movie are contained within this brief scene. There’s freedom, longing, and perhaps most importantly, impermanence in the act.

The movie takes place in the summer of 1992. Seems modern enough, at least to me, but then I remember that we’re talking about twenty-five years ago, and I really don’t want to admit to myself that we’ve reached the point where we’re looking back on this period with nostalgia. But so it goes, and it’s an interesting period to look back on anyway, since it truly was a different era. We were just on the precipice of the Internet becoming something huge, after all.

But the nostalgia doesn’t end there. The soundtrack of jazz, big band, folk songs and more is almost exclusively from or is in the style of music that came out during World War II or the decade before. This is because while the viewer is looking back at the long-ago era of 1992, the characters in the movie are looking back even further. Song of Sway Lake is about several generations of the Sway family, people who never really had much in common except for their love of old music.

Rory Culkin plays Ollie Sway. His father has recently committed suicide by drowning and, as a tribute to the man, Ollie and his friend Nikolai (Robert Sheehan) are heading to Ollie’s grandmother’s lake house to find an original pressing of “Sway Lake,” a song composed and recorded at that same location. The record is invaluable, but only if it’s unopened and in mint condition. But Ollie doesn’t want to sell the record. He wants to keep it, to preserve it, as his father would have wanted, since he was an amateur archivist and collector, a passion that he passed on to Ollie. Ollie’s grandmother Charlie (Mary Beth Peil) also wants to find the record, but she wants to sell it. And so we have a strange few days in a cabin in which Charlie and Ollie work out a lot of issues while Nikolai, a charismatic bullshit artist, kind of Neal Cassady type, begins to fall for Charlie and imagine himself a part of the Sway family.

One of the more interesting things that the movie asks us to consider is the point in which an obsession with the past becomes unhealthy. Nostalgia is a very powerful force here. Everyone is looking backward, everyone has some sort of deep gap in their soul that they fill with nostalgia. In Ollie’s case, it’s most often nostalgia for things he’s never experienced, like the music of his grandparents’ generation. The dark side of nostalgia, of course, is that it can haunt you, like Ollie’s father haunts him, visiting him in dreams and nightmares throughout the film. And anyway, everyone in Song of Sway Lake is looking backward because of their loneliness and inability to connect with the people around them. They fail to live in the present. If they were to take such a risk, they would see that the people around them are just as lonely as they are.

There’s a dreamy quality about the photography. The colors are mostly warm, welcoming, highlighting the beautiful natural surroundings of the Adirondacks of Upstate New York, creating an ironic environment for melancholy. The editing is surprising, jarring when it needs to be. Sometimes we get brief flashes of a character’s memories or unconscious thought before we’re brought back a few seconds later to the “present.” Dreams and reality, desire and melancholy are all intertwined in a wonderfully impressionistic piece of film making. Of course the music, so prominent in Song of Sway Lake is something that creates its own dream-like world that both heightens reality and helps one drift away from it.

There’s a lot going on here. It’s all substantial, and it makes the movie worth revisiting, if only so that we can reflect on the beauty of imperfection and the painful realization that the more we try to grasp the past, the more it slips away like sand through our fingers. Song of Sway Lake is a wonderful character study, and it’s an experience worth sharing.

The Song of Sway Lake had its LA premiere on June 21st. With any luck, it will be in wide release soon.