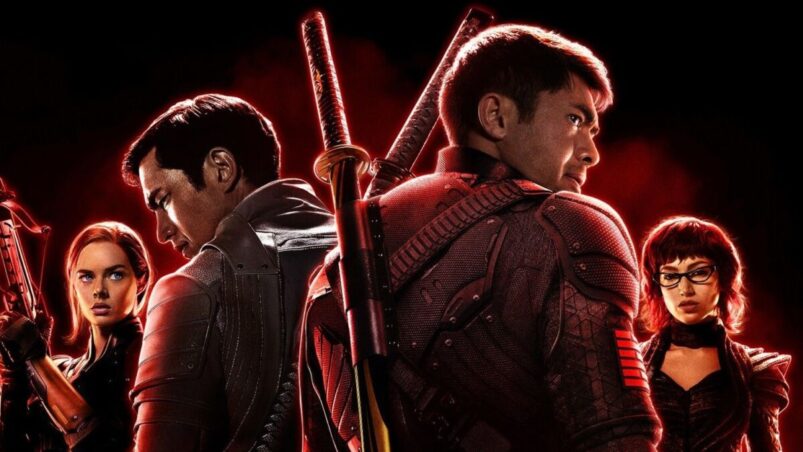 My first IMAX 3D experience was Jon M. Chu’s G.I. Joe: Retaliation, and I fondly remember the sensory overload I had while watching the film on a huge screen with some of the very best 3D displays I’ve ever seen. It didn’t feel like a “proper” G.I. Joe adaptation, but it did feel like one hell of an immersive theme park ride; an out-of-body experience I’ll always cherish and one of the very best theatrical experiences I’ve ever had.

Almost eight years later, it’s only fitting that I see the latest in the G.I. Joe series, Snake Eyes: G.I. Joe Origins (not to be confused with Brian De Palma’s Snake Eyes), on the same IMAX screen I saw Retaliation (while sitting in the exact same seat). And while the film isn’t perfect and suffers from many screenwriting issues, its visual vibrancy allows its action sequences and star power to soar in more ways than one.

If you’re tired of origin story movies in the vein of X-Men Origins: Wolverine or Solo: A Star Wars Story, Snake Eyes might not do much for you. We’re treated to a mind-numbing (and useless) opening scene in which we learn how Snake Eyes (Henry Golding) got his name, before transitioning to a scene where our titular character showcases his brilliant fighting skills (we can’t really see it, though, as the fight is littered with shaky cam).

He gets quickly plucked out of his life by a mysterious man named Kenta (Takehiro Hira), who asks him to infiltrate Clan Arashikage and gain the trust of Tommy (Andrew Koji) to steal the Jewel of the Sun, a MacGuffin which quite literally blows things up and will allow Kenta and The Baroness (Úrsula Corberó) to take control of the clan under Cobra. What follows is a classic origin story destined to set-up multiple sequels and give new life to the G.I. Joe series in the hopes of unleashing a brand-new cinematic universe of films and TV shows, rivaling the likes of the Marvel Cinematic Universe (MCU).

What these movies don’t understand is that the MCU first started to carefully introduce individual characters, before trying to set up everything and everyone at the same time. I have no idea what Scarlett (Samara Weaving) is doing in this film, and the same with Baroness, who’s only there to introduce Cobra and its diverse rogues’ gallery of villains. Both of them have very minimal screen time — they could’ve been cut entirely and we wouldn’t have missed a single important element.

We spend most of the film’s time either needlessly training with Snake Eyes so he can become the Snake Eyes we know and love from the G.I. Joe franchise, with the suit and all, or setting up other G.I. Joe films that may never materialize. And none of it is particularly interesting, nor urgent. Snake Eyes must complete three challenges in order to get accepted into Clan Arashikage, which takes about half of the film’s already hefty 121 minute runtime, and none of the challenges are interesting.

Thankfully, Henry Golding has a magnifying screen presence and wonderfully showcases his action star talents here. Right from the get-go, you can tell that he was born to star in action films, as he exudes a classic sense of confidence Bruce Lee had in films like Enter the Dragon and The Big Boss. And he’s able to fully showcase these talents during the movie’s massive action setpieces, wonderfully shot by Bojan Bazelli.

Aside from its opening fight, Snake Eyes: G.I. Joe Origins contains some of the most dynamic camerawork and craziest setpieces of any film you’ll see all year. Snake Eyes mainly acts as a tribute, through its action, to the great Yakuza films of the past, such as the Battles Without Honor or Humanity series and, strangely enough, Sydney Pollack’s The Yakuza, which blends the gruff-masculine Western flicks of the 60s with the Japanese mob films of the 70s.

Bazelli’s best work was in Michael Bay’s criminally underrated 6 Underground, using the smallest possible camera to create some of the most vertiginous movement possible — and yet it worked. Most don’t like Bay’s rapid editing and hyper stylized action, but you can’t fault the man for having a precise vision. The same can be said for Snake Eyes’ action sequences: it’s way too kinetic for its own good, and yet it’s still terribly entertaining to watch on a gargantuan IMAX screen.

It’s a damn shame that the movie falters due to poor pacing and an overall desire to set up an endless roster of sequels and spin-offs, instead of focusing on building the titular character. Because of this, Snake Eyes can only go so far. I appreciate Schwentke’s cinematic literacy during the film’s action scenes, but his boldest choice was, oddly enough, during its end title sequence: a near-carbon copy of the opening credits from Gaspar Noé’s Enter the Void, font and all, though without the presence of flashing lights. Odd, but completely daring, and something a mainstream blockbuster would likely never attempt. For that, it deserves my complete admiration.

READ NEXT: Ranking the Nightmare on Elm Street Movies From Worst to Best 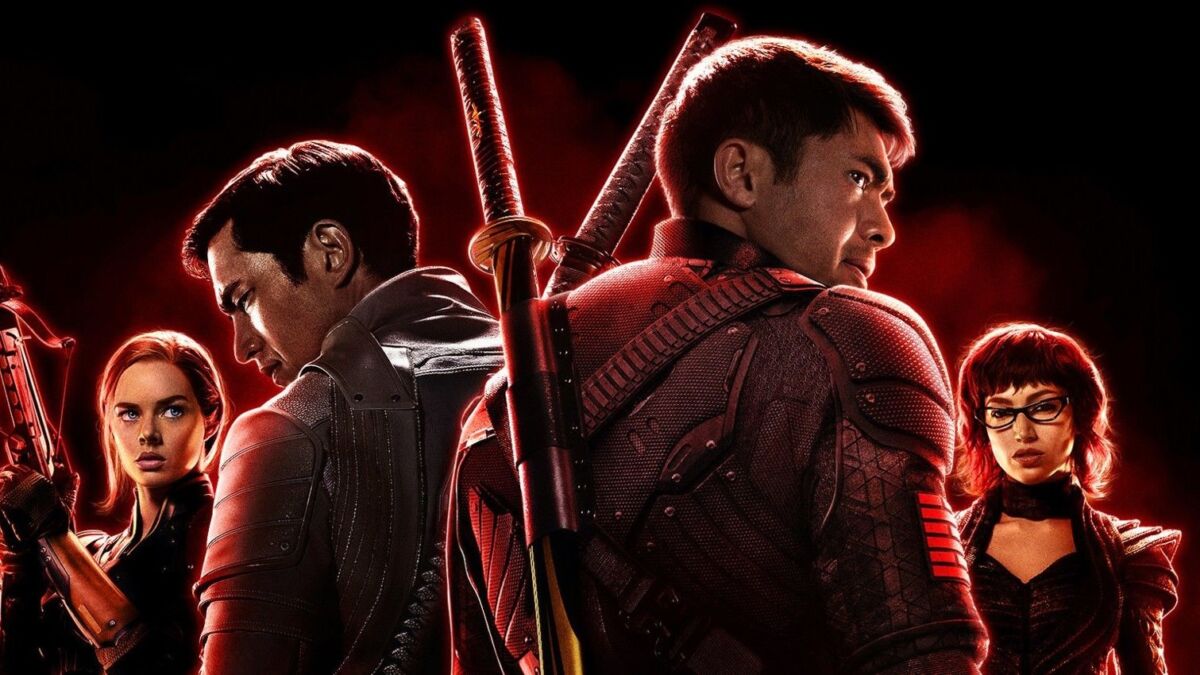 Verdict
While Snake Eyes fails in the story department, it over delivers a fair share of visually vibrant action sequences and a magnifying performance from Henry Golding, a bonafide action star in the making.
6
Cultured Vultures is a pop culture website established in 2013 covering all things gaming, movies, and more. We eat your words.
All The News On Your Favourite Games