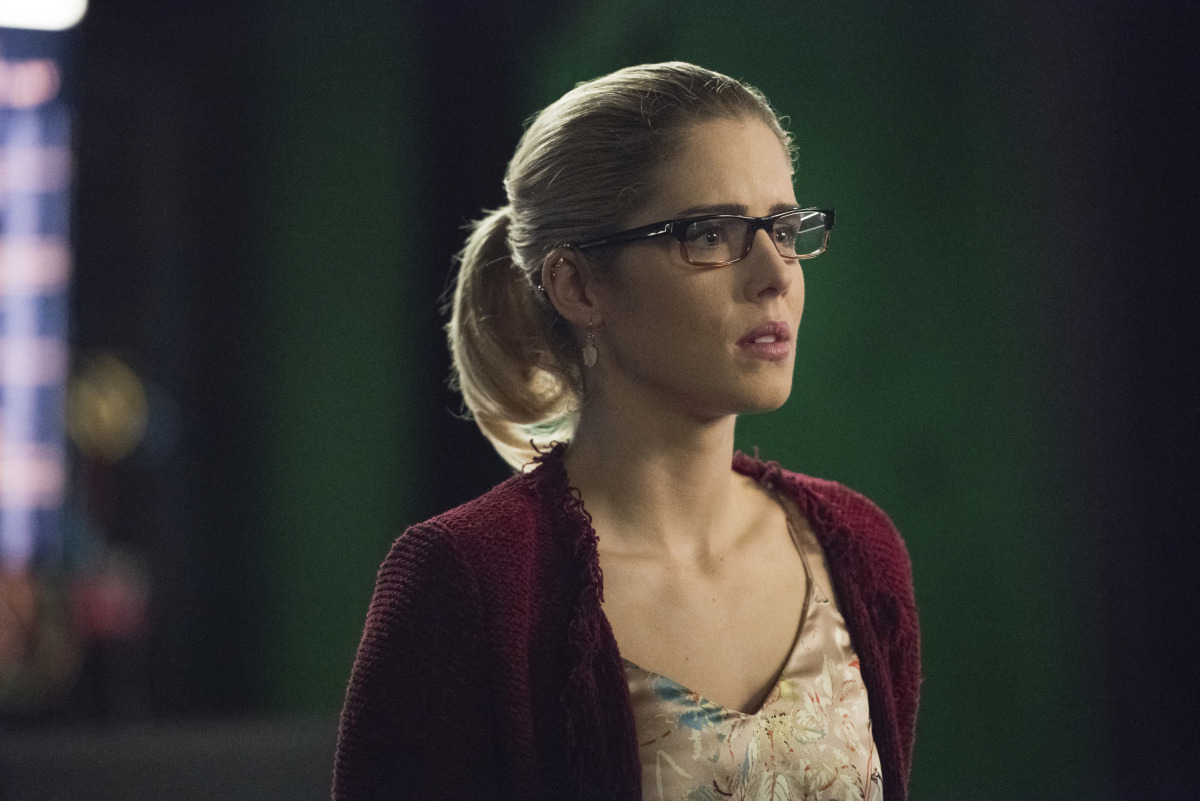 Actress Emily Bett Rickards took some time out of her schedule this week to speak with Cultured Vultures about her new film, Funny Story, premiering at the 2018 Slamdance Film Festival in addition to the hit CW series, Arrow.

Thank you for joining us today. How are things treating you?
Things are pretty good. Thank you for having me!

No problem. You’re starring in a new film, Funny Story, which is having its world premiere on Sunday at the 2018 Slamdance Film Festival. What was it that drew you to the role of Kim in the script?
At first, I had read the script and I thought the script was really beautifully written than just a story about disappointing outcomes. I think there was kind of something that was so different from a role that I play 9 and a half months out of the year. This girl had so many issues and problems entrusted in her life that I think we can all relate to having. She does have some big ones that she really needs to figure out. I liked her even though she was so broken and I think that’s what drew me to her in the first place.

With working on a full season series like Arrow, how often do you have the time to consider taking on roles in other projects and what do you look for in those roles?
I don’t have that much time. We shot this in June. It was the only available time that I had that year. We ended up shooting it pretty quickly, which was super fun. I think what draws me to other characters is characters who have heart and also a contrast — someone different from a character I play on Arrow for nine and a half months out of the year is a specific one for me as well.

I thought you had one of the best performances that I have seen this year. If Funny Story had come out last year, it would have been in my top ten performances for acting leads.
Thank you!

You’re welcome! What did you bring to the character that wasn’t in the script?
We talked a lot about Kim before, sort of as an audition process. We sat down —Michael, Jana, and I— who both did wonderfully in creating this movie and I owe everything to them. We talked a lot sort of about what her background is (sirens play in the background). Pardon the sirens. I’m on a side street here. We sort of talked about how we can make her fall hard…There’s this understanding I think that I have about Kim that Kim doesn’t have in herself. Throughout life, I think that it’s always easier to look at it from the outside looking in. I think honestly what I could have brought to the character is sort of an understanding where she was at, even though she doesn’t know herself and still probably doesn’t.

With the second half of Arrow starting up this month, what can fans look forward to seeing with regard to your character, Felicity Smoak, over these next few months?In Arrow, they can look forward to sort of more relationship-building with her husband, who is the Green Arrow, and seeing where they can build that within sort of a broken alliance. Right now, they used to have a circle and I think right now they have half of it. To relay it back, everyone has problems and these characters do as well. It’s just a different set of problems to distinctively work through it with…purpose.

When you first signed on for Arrow, did you ever consider that you would have such a large following as you do right now?
When I first signed to the series, I thought it was only supposed to be a day role. I don’t think I could have imagined it. I’m from a small town in Canada and obviously watching people sort of like other — we’re Canada. We’re not totally removed from the rest of the world but there wasn’t a sense of -when I was growing up, at least– film and TV presence as there is now. When I signed on, I think that delayed the foundation of what I could actually picture and what my future looked like. No, I don’t think that I could have even imagined this following that I’m so grateful for and it’s a supportive following, too. People are dedicated in the story and the show and to the writers and my friends who work with me, the other actors. It’s really quite fun.

Will this be your first time heading to Park City for either Sundance or Slamdance?It is! I’m very excited. Some of my closest friends are going to be there as well so I’m pumped.

Is there a film that you’re looking forward to seeing?
I’m checking out the lineup right after this conversation believe it or not. That’s my task for the next hour!

The last few months have been very interesting to say the least for the industry. Do you think it will lead to positive change going forward?
I sure hope so. There’s a conversation that’s happening right now. It was definitely needed and a long-time coming. I think hopefully the only good things that can come and I don’t think it’s going to be stopping anytime soon.

Thank you again for your time and congrats on the film!
Thanks so much! Thanks for taking the time!

Funny Story premieres on Sunday, January 21, as a BEYOND feature at the 2018 Slamdance Film Festival. Arrow airs Wednesdays at 8 PM ET on the CW.

Visit here for all our Slamdance 2018 coverage.