Silo REVIEW – A Thriller That Loses Its Spark

While Silo has an interesting premise, it never capitalises on it, descending to more soapish means of storytelling. 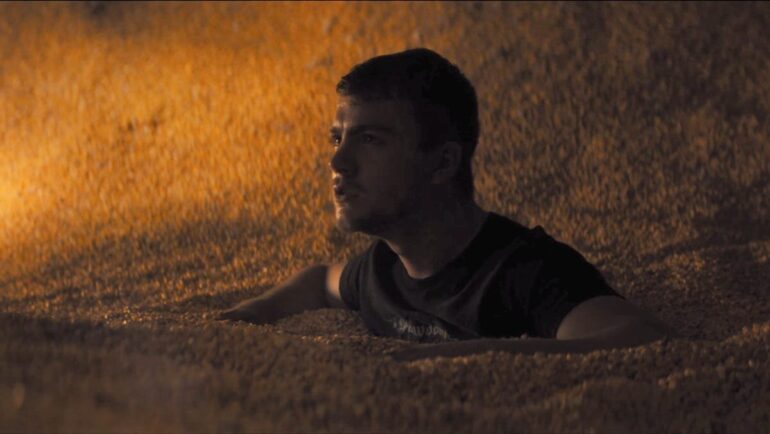 Thrillers don’t necessarily need action and speed to get our hearts racing. Sometimes, all it takes is an unfortunate circumstance to capture our attention — just like in real life.

Marshall Josh Burnette’s Silo is a reminder of the dangers of grain entrapments, which happen pretty frequently. The film mentions that over 1,000 grain entrapments have occurred since 1964, with half resulting in fatalities. The subject is rarely explored through a film medium, and Burnette deserves credit for taking on the topic.

Silo is one of those thrillers where the antagonist is the setting itself. The silo contains tons of corn grains that become rock hard when clustered together. If loosened, the grains can quickly suck anyone down to a suffocating death. The silo is a monster in itself, and the film does an excellent job in driving this fact home.

However, I’m not entirely sure how to feel about this film. While the first half delivers its share of tension, the latter half loses it.

Silo follows Cody (Jack DiFalco), a teenager who works as a farmhand. The child of a deceased father and an overworked mother, Cody has dreams of escaping the Midwest to pursue a career as a rock star. Cody finds himself trying to loosen corn grains in a grain elevator when, from outside, the elevator is activated. Before he’s sucked under, Cody grabs at enough hard grains to hold himself above the line. He’s settled in an upright position, but the slightest bit of movement can result in either a grain avalanche or him sinking to death. As time runs out with every breath, Cody must hold tight and rely on the help of his rescuers until they can deliver him to safety.

Now, this is most definitely a good premise. At 25, Jack DiFalco delivers an excellent performance with an easy character for us to bond with. He’s a dreamer from a humble background, something many of us can relate to. Once the crisis begins, we quickly feel the tension as he’s forced to fight with the limited amount of options at his disposal. Complicating matters even further, Cody has asthma — he’s unable to move and is literally fighting for breath with every passing second. The stakes cannot get any higher in this case, for him or those trying to rescue him.

The remainder of the cast is excellent, with a plethora of characters that are fully rounded. Valerie (Jill Paice) is Cody’s mom who’s overworked, if not oblivious, to her son until she realizes she’s about to lose him. Junior (Jim Parrack) is a hardworking farmer who balances his work life with caring for his father, Mr. Adler (Chris Ellis) who suffers from dementia, and Frank (Jeremy Holm) is the lone firefighter who works diligently to save Cody while revealing how his deceased father was a hero. As the stakes rise for Cody, they grow for everyone else as well, weaving everyone together through the central conflict.

In terms of storytelling, however, Silo takes an unfortunate hit.

The first half introduces us to the characters and allows us to bond with them, as it should. Cody finds himself stuck in the grains, and an emergency force is dispatched to rescue him with only a limited amount of time. Midway into the story, however, Silo becomes cluttered with scenes of sentimental dialogue between random characters.

One questions why fate has to play games with innocent people, another gives expository dialogue about how he almost lost a loved one, and so on. What starts as a nail-biting thriller devolves into an almost-soap opera – two people going back about something dramatic until somebody exits. The tension returns for sure, but we have to endure a lot of exposition before we get there. The addition of what feels like filler hinders the final product.

Thankfully, even with its faults, Burnette succeeds in delivering a film that makes us think about the perils farmers endure every day so that we may eat. A lot of thought went into it, and it deserves credit for this, despite its shortcomings.

READ NEXT: The Best South Korean Movies of All Time 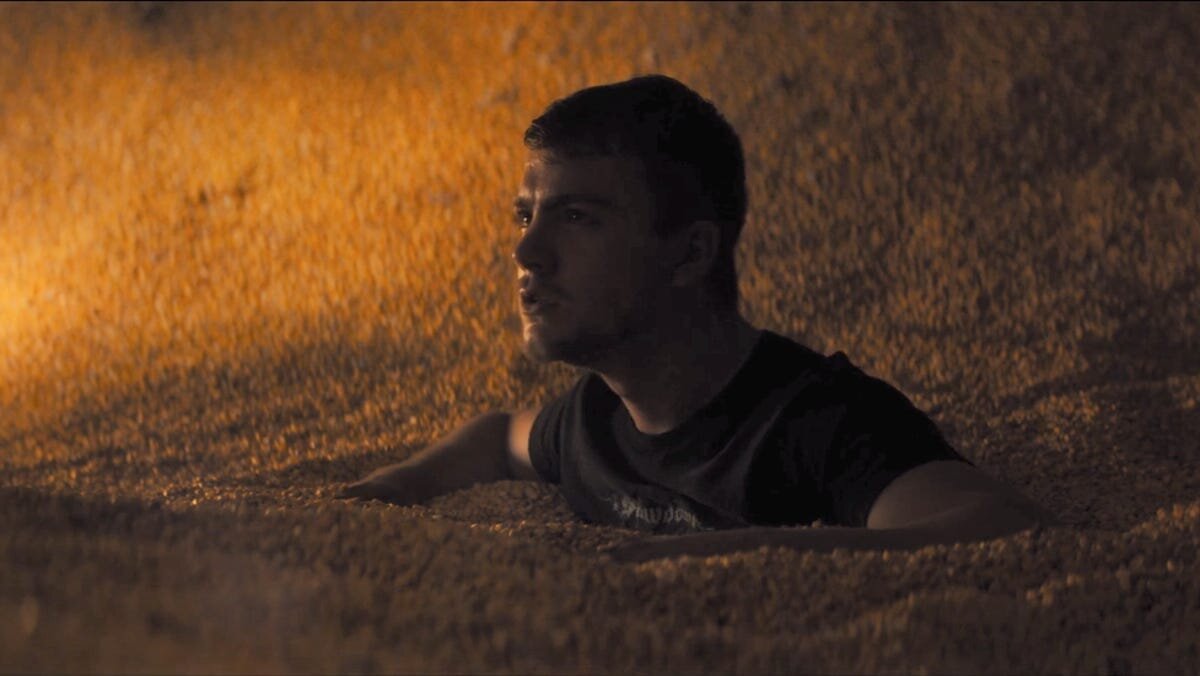 Verdict
Marshall Josh Burnette's Silo is a decent attempt to create a thriller involving a grain silo entrapment, but it appears the writers didn't know where to go midway through. By the time the tension returns, we've already checked our cell phones at least once.
7
Cultured Vultures is a pop culture website established in 2013 covering all things gaming, movies, and more. We eat your words.
All The News On The Biggest Games