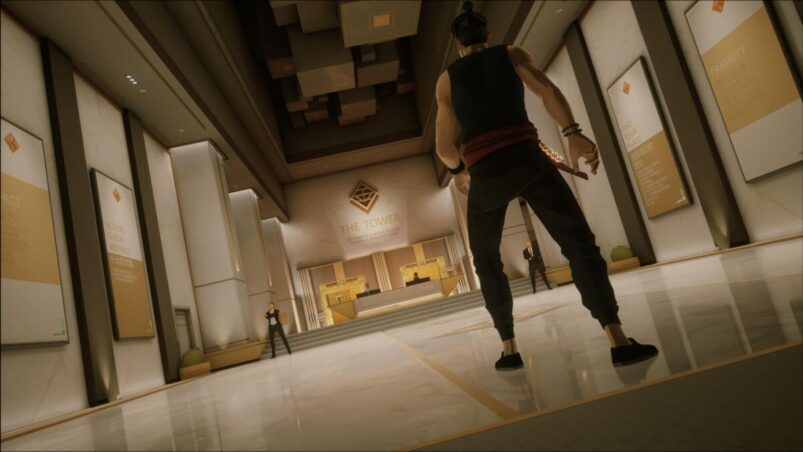 If you’ve reached the fourth level of Sifu, Sloclap’s incredible kung-fu revenge tale, you’ve already seen some of the worst threats this game has to offer, but that doesn’t mean it’s plain sailing from here on out. Sifu’s fourth boss, Jinfeng, is no joke, and you’ll have to stay on your toes if you want to survive. Here’s everything you need to know about defeating Jinfeng.

Where Is Jinfeng Located?

Jinfeng is located at the end of Sifu’s fourth level, The Tower. The CEO of a huge corporation, Jinfeng is your second to last target in avenging the death of your father and master. As you would expect from a martial arts master, Jinfeng refuses to make that job easy for you, forcing you to journey into the depths of the Earth to take her down.

How To Defeat Jinfeng – Preparation

If you’ve followed along from our previous guide of how to defeat Kuroki, you’ll have already retooled your character with shrine upgrades that’ll help you out in this fight and, most importantly, the final boss. If not, have a read of that guide, because it will serve you well when it comes to taking out Jinfeng and putting yourself in a good position for defeating the final boss.

As for the level itself, there are three main bits of information that are worth remembering. First, running through the level normally means you’ll eventually receive an elevator keycard that allows you to travel from the start of the level to the midway point, skipping some difficult fights and only one shrine. While taking the additional risk does yield an upgrade, making it a decent option, skipping that section entirely and heading straight underground is also worthwhile. There’s no shame in taking shortcuts.

Secondly, during this underground section, you’ll fight Jinfeng’s two personal bodyguards, both of whom are incredibly difficult fights that can be made almost trivial with some efficient focus meter management. Before both fights, you’ll take on waves of lower-tier enemies. Make sure you come out of both fights with at least two bars of focus meter.

Once you encounter the bodyguards, open the fight with the vertical strikes focus attack, then use light, light, heavy combos to bounce the enemy off the wall repeatedly. With the right timing, you’ll break their structure before they can even land a hit on you. After beating the second bodyguard, grab their staff. You’ll need it during the boss fight with Jinfeng, though be careful of the goons who’ll try to knock you off the ledge between the second bodyguard and Jinfeng.

Lastly, the chasm that is the entrance to the boss fight has a shrine right at the bottom, which you’ll want to use to purchase the final focus meter upgrade. Purchasing focus upgrades means that the meter is refilled, so you’ll enter the boss fight with three full bars. We’ll be using those to make the boss fight much easier.

How To Defeat Jinfeng – Phase 1

If you liked phase one of Kuroki’s boss fight, then we’ve got some good news for you: this is more of that. Fortunately, Jinfeng isn’t as frustrating to deal with, especially when you’ve finally got her up close. Jinfeng uses a chain whip that boasts a frighteningly long range, which she uses to essentially play keep away with you. She’ll use a series of sweeping attacks, both high and low, along with some straight shots that are a bit more direct and harder to react to.

The staff you picked up before the fight will work wonders at blocking the damage Jinfeng puts out, allowing you to close the distance. Just remember to pick it up again once the fight starts. Once you’ve managed to get in range, unleash a vertical strikes focus attack, follow up with some combos and then when she’s recovered from the stun, throw a focus sweep at her too with a downed attack for good measure.

The saving grace of fighting Jinfeng is that her health and structure are so much weaker in comparison to other bosses, which means that getting in range is typically the beginning of the end for this phase. She can jump away from you, which means blocking, dodging and parrying to close the gap once again, but before you know it, Jinfeng will fall.

How To Defeat Jinfeng – Phase 2

The second phase of this boss fight plays out much the same way as the first phase, only now she has access to a wider range of combos that’ll mix you up. It also feels like she gets a bit of a speed boost, making it harder to defend yourself against her zoning techniques. She also boasts more options when it comes to defending herself at close range, which makes dealing significant damage that little bit harder.

By this point, your weapon has probably been destroyed, but the method remains broadly the same: defend against her attacks, close the distance and batter her when you spot an opening. Dodging and parrying to build focus meter is a completely viable option, as she’ll be defeated after just a couple of vertical strikes. As a boss, Jinfeng is possibly one of the easiest in the game, especially when you consider her position as second to last boss. She’s not a cakewalk by any stretch, but compared to what came before and what’s lying in wait for you, this isn’t too bad.

Once you’ve defeated Jinfeng, only one more challenge lies between you and the completion of your mission, and that’s at The Sanctuary.

READ NEXT: Sifu (PS5) REVIEW – Zen And The Art Of Kicking Ass