SHORT STORIES: A Moonless Night and a Blur of Pink

Daniel Ligotti was turning into a quiet avenue when a blur of pink flew across his windscreen with a dull thud. 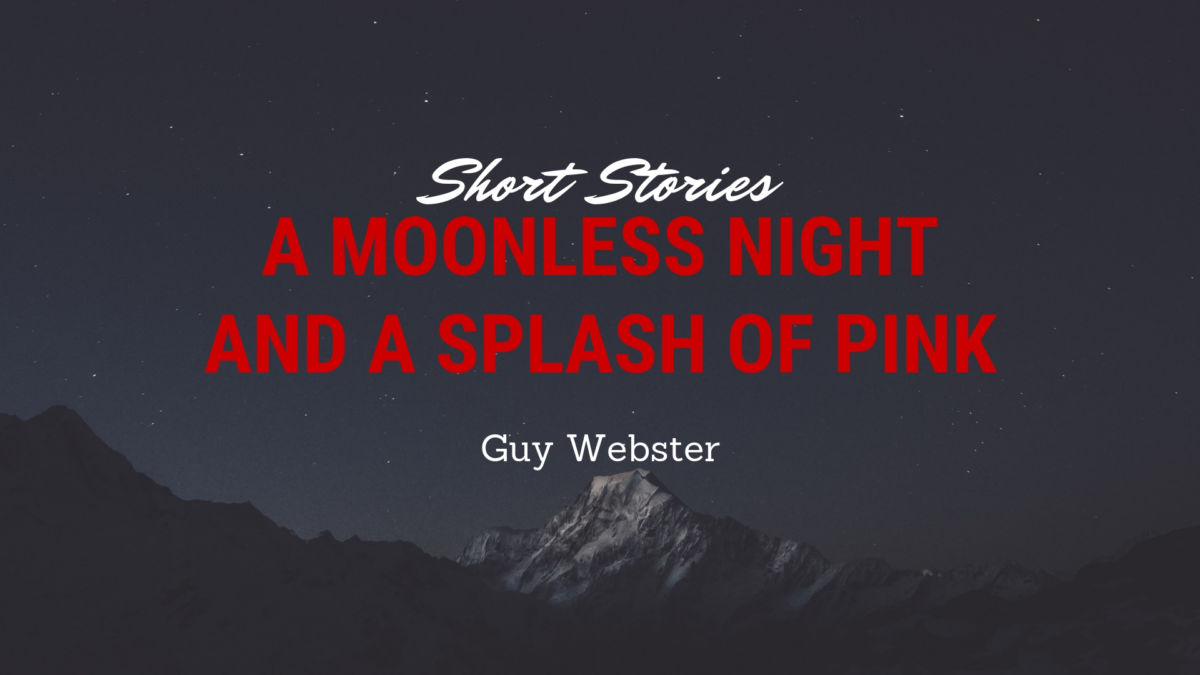 Daniel Ligotti was turning into a quiet avenue when a blur of pink flew across his windscreen with a dull thud, swiftly followed by a high-pitched squeak. Instinctively, Ligotti swerved, touched the brake and came to a surprisingly gentle stop just in time to see, in the rear-view mirror, a fluorescent pink ball roll across the bitumen before settling in a bloodied heap in the grass behind him.

The car radio continued its hour of love song dedications. The night’s silence, disturbed by the squealing interjection, returned like water rushing to fill a suddenly emptied space. The smooth baritone emanating from the radio and the gentle trill of crickets and rushing water did not compromise the night’s silence, but rather seemed, to Ligotti, to be a part of it; silence meaning a state of granite-like stasis more than anything, of stillness that these sounds seemed to confirm. Ligotti kept his hands on the steering wheel and his eyes on the rear-view mirror. After two deep breaths, he flicked the high beams on, opened the door and walked first to the front of the car – where he checked the bonnet for chunks of pink silicon. It was a rental; a splatter of pink would be difficult to explain away. Thankfully, it seemed unscathed.

The street: dark, shadowy, seemingly resentful for the disturbance, urging Ligotti to leave and so return the night to the calm it had achieved so absolutely just seconds earlier. A moonless sky meant that the shadows stretched by the car’s high beams appeared darker, flying forward into the street ahead, coming together somewhere in the black.

The pink ball, after rolling over the car roof with a bounce, had come to rest in the red glow of the car’s brake lights near a stream that seemed impossibly hidden in a tangled mess of grass, fern and lantana. He walked towards it now, forgetting his shoes on the passenger seat and feeling dimly aware of the deep thrum of a Whitney Houston song.

There were a hundred metres between him and this pink ball, now seeped in a deep crimson. As he walked, he counted each step, letting each one stretch out before him while he splayed his bare toes on the damp bitumen. It was all a kind of pageantry made meaningful by the muffled sounds of a ballad swelling to its fully orchestrated climax somewhere in the space behind him. He was sure this night would become the beauteous victim of hindsight, made into a moment worth remembering (splayed toes, swelling ballad, pink ball dripping crimson). The thought helped calm him. So, he continued toward the ball, slow enough to edit each thought and place them in a frame: a cold night beneath a moonless sky.

A pink ball. Here lies: pink ball, spherical bit of silicon covered in velvet-like plush and matted fur now darkening with blood. Standing above it, he watched it light up in flashes of blue and white pulsating outward from some electric bulb nestled within it and made blurry by the thick silicone it had to travel through. In between flashes, it would squeak; a high-pitched, nervous trill like a scream from someone gargling Listerine. He listened to this high-pitched squeal and watched, in each of the pink ball’s pulsing flashes of light, something moving within its surface. It was like a furnace roared beneath the murky layers of pink inside this ball, or an embryo wiggling against its confines. He sat and watched it, crossing his legs like a child. With his hands he traced the thin cracks that lined its surface. His hand came away bloodied and shaking (bloody, shaking, a moment worth remembering).

Tearing his black jumper off, he stooped to the ball, scooped it into the fabric and gripped it quickly to his chest (that Whitney Houston song is over). There was a gentle thud, or something like an artificial click that continued to vibrate through the cotton jumper. It unsettled him, this continuous drumming; he felt as if it were combining with his heartbeat, even slowly drawing it away from him. He made himself uncomfortable with the thought, so he kept his eyes down and apologised to this pink ball, dying in his grasp.

“Please complete a U-turn as soon as possible.”

The squeak started to falter, the high-pitched note breaking and sputtering with the horrible thickness of someone coughing up the saltwater of a near drowning. Then, the blue and white light, too, began to fade. As if knowing that the pink ball would soon be extinguished, the night grew colder and the shadows seemed to thicken. A chill breeze prickled along his arms, raising the hairs to attention (the squeak faltering, the hairs to attention).

Still, he kept his eyes on the pink ball, which was now pulsating only very lightly through the dark fabric of his jumper. He wouldn’t look away, even willing his breath to quieten and so allow the faltering squeak to fill the silent night with its voice (how kind, how romantic). But each squeak grew gentler, coming and going in slow increments like a low breath or a scream pushed into a pillow. And, in parallel to each squeak, the ball’s blue and white light would brighten, then dull, and then brighten again in a steady rhythm.

Although he felt the continued tick of this panicked ball pushed up against his chest and the dampening spot staining his jumper and his skin under it, he was still able to detach himself (the tick, the stain, the dripping down his chest). In his mind, he was watching a dying thing from some high place, some place in the future where he could sit and recall this dead object in flashes of memory just like each flash of its neon light. From there, he would see himself, kneeling on wet bitumen and gravel, with this ball still darkening (darkening, darkening, darkening) his jumper with its crimson excrement.

He must’ve lost himself in selfish musings because the next time he looked down at the pink ball it was silent and cold and dark.

Someone passed by in a white Hyundai. The hour of love song dedications moved on to Andrea Bocelli. Mosquitos gathered around his ankles. He held the pink ball closer and slowly leant his head back, with a damp squelch, into the grassy outcropping in the gutter and looked out into the moonless sky, hoping that the old nursery about the Sandman was true; that if he lay there long enough, looking up into the dark, the Sandman would come and rip his eyes from his head. But only the stars looked back at him.

In his periphery, he noticed a splash of red painted on the right side of his bumper.