Will you go on the record? 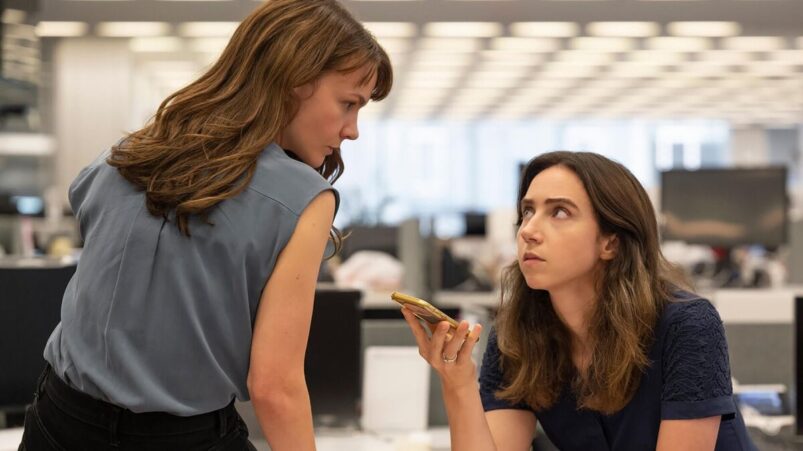 We were all there in 2017, when a series of explosive articles were published on Harvey Weinstein and the sexual misconduct that reaches back all the way into the 90s. Not only was Weinstein’s behaviour exploitive and criminal, he had a whole system that allowed him to get away with it, over and over again. These articles paved the way for the #MeToo movement, with women urged to speak out about their stories of sexual harassment and abuse, so that these perpetrators could be brought to justice. While things are far from perfect, and some men still do get away with their ill conduct, it nonetheless ushered in positive change and helped make it easier for women to speak out.

She Said follows New York Times’ investigative journalists Jodi Kantor (Zoe Kazan) and Megan Twohey (Carey Mulligan) as they gather their sources and follow the breadcrumbs in preparation for their story. What’s fascinating is how director Maria Schrader frames the movie around their regular, normal lives. At the end of a long work day, they head home to their families, but often have to bring their work back them. There are moments of Megan in bed with her husband and new baby, and she’s got her work laptop open, or Jodi dealing with work matters when she’s at home with her daughters.

It allows the viewers to have a rare sense of intimacy with these characters, even before the real momentum kicks in. There’s also a candid conversation between Jodi and Megan about postpartum depression, and even Megan’s editor Rebecca (Patricia Clarkson) asks about her welfare when she starts back at work again. There’s a real sense of women supporting women, and while the men aren’t actively pursuing the story, characters like Andre Braugher’s Dean offers solid, unwavering support.

Schrader resists the urge to play it overly sentimental, and lets the story speak for itself. It doesn’t attempt to glamourise the world of journalism, as so much of the movie is the grunt work the women put into building the story. Most of the movie revolves around Jodi and Megan’s various interviews with the women, and Schrader provides the space for these characters to speak their whole truths.

These moments are so powerful, especially since we know that these characters echo real life women and the difficulties they endured because of Harvey Weinstein. Women who were forced into taking settlements could never speak about their experience, to their families or even a therapist, which meant holding on to truths that burned them from the inside. One of the most poignant moments in the film is when Jodi begins to speak to Rowena’s husband about her time at Miramax, and slowly discovers that he knows nothing about what she went through.

Both Kazan and Mulligan do excellent work as Jodi and Megan, and their performances really allow viewers to sink into the world and feel invested in the story they’re chasing. There are frequent close-up shots of both actresses, and you can always get a sense of what their characters are feeling just from their faces alone. I’m sure both women will get nominations when Oscar season rolls on by.

Ashley Judd also makes an appearance as herself in the film, and while these moments are brief, her decision to go on record and the impact of that will stay with me always. 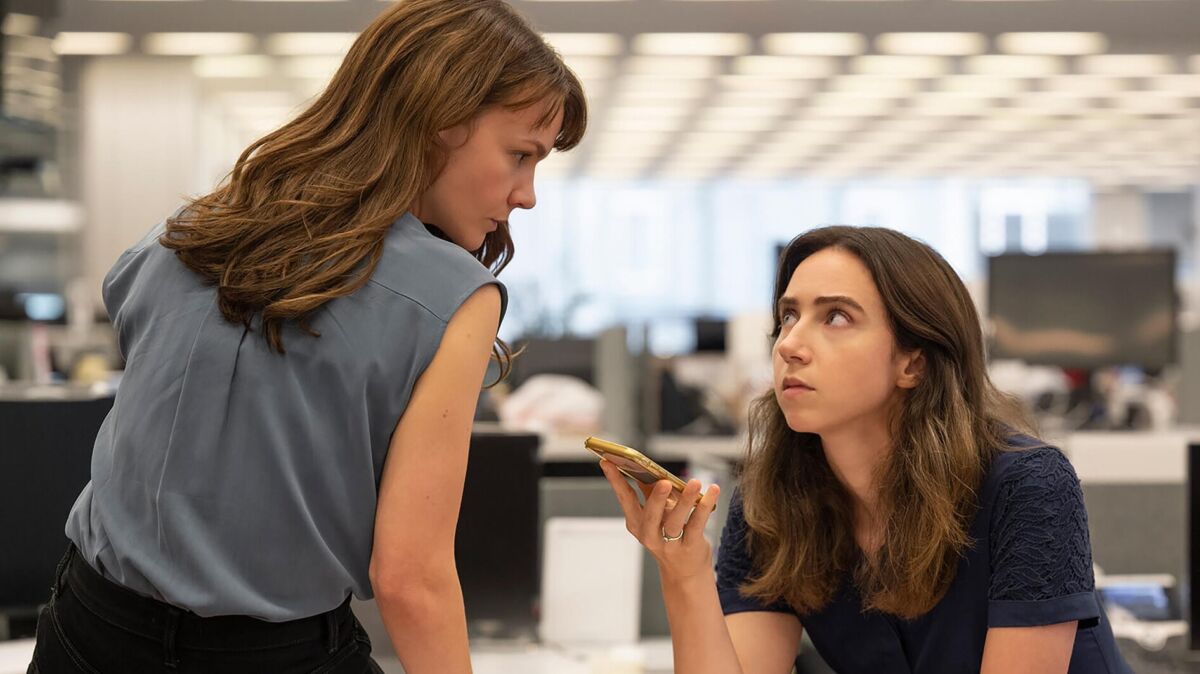 Verdict
Sometimes simple is best. Maria Schrader's She Said is without frills, letting the story and message speak for itself. It's a powerful reminder that good journalism can still have impact.
9
Cultured Vultures is a pop culture website established in 2013 covering all things gaming, movies, and more. We eat your words.
All The News On The Biggest Games