After that official teaser, consider us hyped. 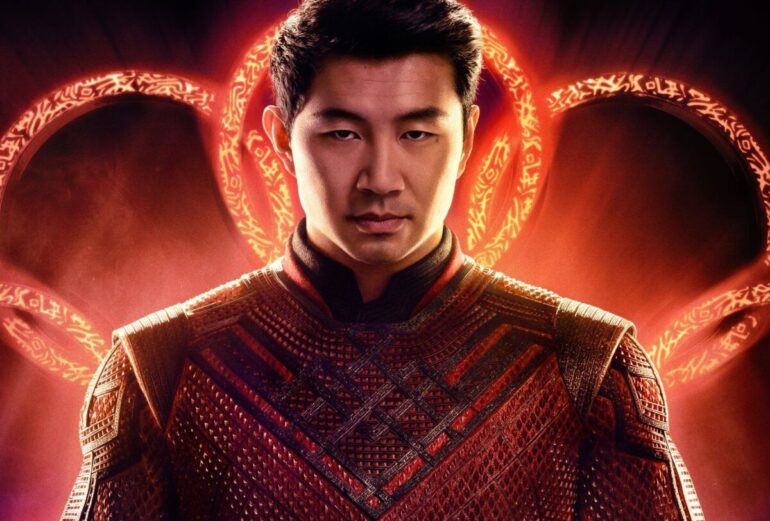 Shang-Chi and The Legend of the Ten Rings

Following a full calendar year without a single big-screen Marvel Studios release, there are currently four of them – that’s right, four – set to come to cinemas before 2021 draws to a close. While two of these include some of the biggest and most popular comic book characters of all time in Spider-Man and Black Widow, it is Shang-Chi and the Legend of the Ten Rings that could prove to be the best of the bunch.

With its importance for boosting representation in the Marvel Cinematic Universe, an incredible amount of talent on and off screen, and a wealth of grounded yet inventive action, Shang-Chi and the Legend of the Ten Rings should be top of your list of most anticipated movies of the year.

Here are five reasons why.

After 13 years, 23 films (only one of which centred around a non-white lead) and heavy criticism for whitewashing characters including Tilda Swinton’s The Ancient One, Marvel is finally ramping up its commitment to properly improving its on-screen diversity.

As Marvel’s first Asian-led superhero movie, Shang-Chi will provide a massive step forward for equal representation in the franchise. Following the release of Avengers: Infinity War, research found just 5% of Marvel’s characters were East Asian – with Benedict Wong’s Wong the only major player around. This is despite the East Asian community making up a vast section of the MCU’s audience, with Avengers: Endgame making an astonishing $629,100,298 in China alone.

With this film, Marvel is taking responsibility for ensuring its characters look more like the people watching them. For too long the MCU has predominantly told the stories of straight, white protagonists – although long overdue, releases like Shang-Chi are starting to do something about it. As star Simu Liu says, this is a landmark event which could pave the way for greater opportunities for Asian talent in the future. Let’s hope that’s the case.

There is a whole host of phenomenal talent within this film, with experienced veterans and exciting up-and-comers teaming up for what promises to be one hell of a cast. Awkwafina has already established herself as one of the most talented actors on the planet right now. Her performances in the likes of Crazy Rich Asians and Jumanji: The Next Level have shown she can be a lot of fun, and the Shang-Chi trailer suggests we can expect more of the same here. Yet her layered, emotional display in The Farewell proves she can do more than just entertain, meaning she should have no trouble nailing the trademark combination of humour and heart that Marvel films are all about.

The New Yorker will also be joined by a legend of Hollywood and beyond in Michelle Yeoh, a consistently dependable force who has won over audiences across generations. From action classics like Crouching Tiger, Hidden Dragon to heartwarming comedies such as Last Christmas, Yeoh has done it all – and it’ll be a treat to see her join the MCU.

Then in Simu Liu there is a relative newcomer to the big screen, but one who has already displayed bags of talent – with his delightful turn in Kim’s Convenience rightfully earning him plaudits. Liu’s genuine pride at being cast in the titular role, and utter elation every time a new teaser for the film is released, is not only a joy to witness but should help to ensure his performance is full of conviction.

3. It Marks the Start of a New Era for Marvel

With Natasha Romanoff (spoiler alert) finding herself splattered on the cold, hard ground in Avengers: Endgame, it’s probably a safe bet to assume July’s Black Widow will not pick up where the second biggest movie of all time left off.

This means Shang-Chi will be the first film in Marvel’s Phase Four to really push the universe forward, and it could head to some incredibly interesting places – not least because of the bad guys involved.

The title’s Ten Rings are a globe-spanning terrorist organisation determined to disrupt the world order, and are a consistent thread throughout the Iron Man movies. However, they were never fully explored in that time, with the series deciding to keep them predominantly ‘in hiding’ while Tony Stark and the Avengers took on other colossal threats like Thanos and the Chitauri.

Iron Man 3 did tease the idea of revealing more about the Ten Rings in 2013 before pulling a controversial fake-out, with Ben Kingsley’s Trevor Slattery – who was initially teased as the Mandarin, leader of the group – turning out to be nothing more than a bumbling, hilariously inadequate actor.

Shang-Chi promises to delve deeper into the organisation and finally unveil the real Mandarin, who should provide a formidable new foe that could become a key player in the future of the MCU. With Thanos having been both beheaded and turned to dust in Endgame, The Ten Rings could well be the new big bad – and with the Mandarin’s powers ranging from enhanced strength to energy manipulation, they will be a force to be reckoned with.

4. Everybody Will Be Kung Fu Fighting 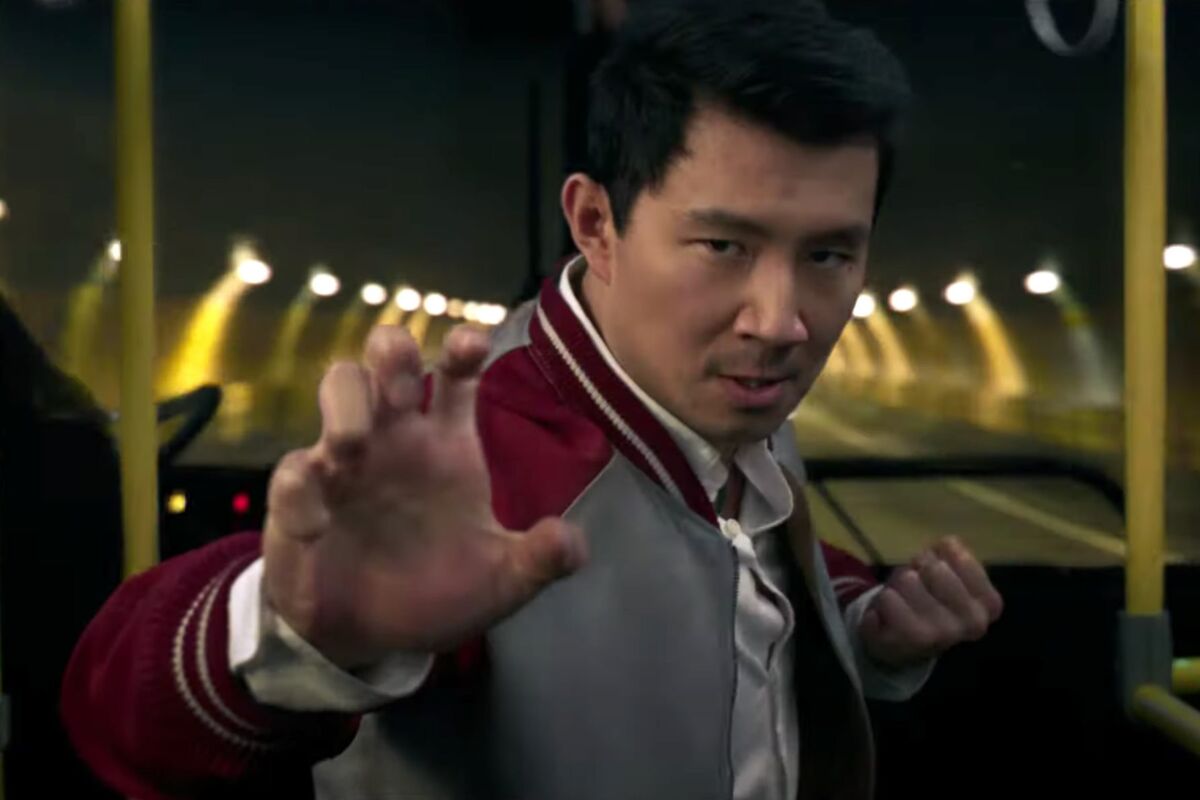 As the action in the MCU continues to get bigger, brighter and more intergalactic, Shang-Chi looks set to bring things back down to earth with a bang. Sure, there will be superpowers, super jumps and, based on the teaser trailer, some sort of super-sized lions, but for the most part the fight scenes in this should be more grounded and intimate than we’ve seen in recent movies.

Taking inspiration from the much-loved classics of Bruce Lee and Jackie Chan, Shang-Chi will see our hero come up against a consistent stream of no-nonsense kung fu experts, setting up plenty of pulse-racing combat and inventive set pieces in the process.

The trailer had an abundance of fly kicks, somersaults and wall punches on display, and the film itself will have plenty more where that came from. Producer Jonathan Schwartz says it has the best action in any MCU movie, and it looks like he could well be right.

5. There Will Be Plenty of Depth

If you’re worried that Shang-Chi will be little more than a big screen beat em’ up, though, don’t be – it’s in very safe hands. In Destin Daniel Cretton, the movie boasts a writer-director with an incredible track record of providing powerful, emotional storytelling in a visually stunning package.

Cretton’s 2013 feature film Short Term 12 is one of the most affecting releases in recent years, demonstrating his ability to get the best out of a large, talented cast. And his work on Just Mercy six years later was magnificent, helping to create a captivating, thought-provoking and beautifully-told biopic that should have been in last year’s awards conversation.

Marvel is at its peak when it combines exciting entertainment with genuinely moving storytelling, and Cretton is proving himself to be one of the best at finding this difficult balance. It’ll be great to see what he comes up with here.

READ NEXT: 15 Best Comedy Movies on Netflix You Should Watch