Is this a tale of things to come? 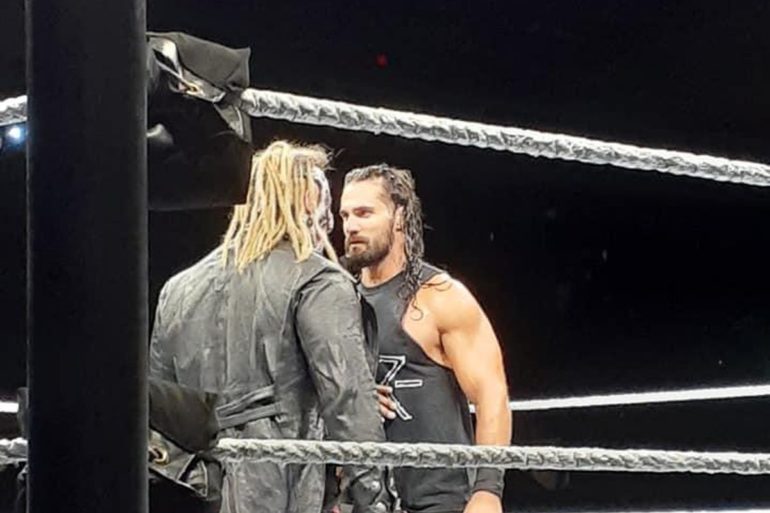 This past Saturday, WWE bought one of their most exciting rivalries to Edmonton, Alberta as part of their weekend house show’s main event. Seth Rollins stood across the ring from the man that will challenge for the Universal Title in a few weeks time at Hell in a Cell, Bray Wyatt, a real treat for the Canadian fans in attendance.

Seeing as ‘The Fiend’ has only competed in the one televised match since his arrival, it must have been a spectacle getting to see Wyatt’s latest character involved in a special appearance before the upcoming pay-per-view.

We assume that this is WWE’s way of giving Wyatt and Rollins time to rehearse some spots and develop some chemistry in time for this highly-anticipated title fight. Rollins walked away with the DQ win, after The Fiend refused to release the champ from the Mandible Claw.

According to reports, Wyatt brutalised Rollins with his vicious neck-snap and shrugged off a total of four curb stomps. This is a huge nod to just how remarkable this new incarnation is. Whether this is telling of the result in two weeks time, we can’t say for sure, but for those fortunate fans who got to see The Fiend in person for the first-time, I’m sure they’re hedging their bets for the challenger.

Were you in attendance on Saturday night? Let us know in the comments below.