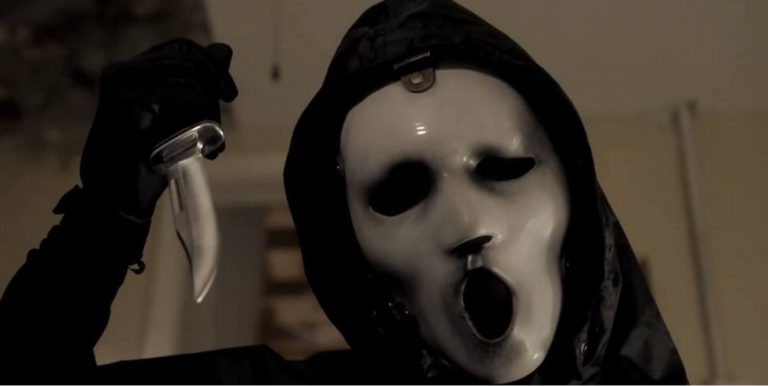 Way back during the short T-shirts and bad haircuts of the mid 90s, Wes Craven, the horror filmmaker behind the Nightmare on Elm Street series, brought us the original snarky slasher movie: Scream.

Scream was different. Its party trick, that most of its characters were at least vaguely aware of horror tropes and tried to navigate them, looked like a stroke of genius when I found the films as a teenager. By horror standards it was a massive hit, spawning three sequels chronicling a series of masked knife wielding killers fixated on Neve Campbell’s survivor girl Sidney Prescott.

The problem though, is that Scream is now old. Gathering dust since 2011’s fourth instalment, the young horror audience probably sees the icon Scream mask the same way I see the hockey mask of Jason Voorhees: part of the past.

Enter MTV’s Scream, which this week popped up in my Netflix recommendations. It’s a ‘fresh take’ telling a ‘new story’ and centring on brand new survivor girl Emma Duval (Neve Campbell has probably done her fair share of running away at this point). Again though, this is 2015. The likes of Saw and Paranormal Activity have both risen and fallen since Scream was really a horror franchise that mattered.

The all-new story, for what it’s worth, goes as follows: twenty some years ago the small town of Lakewood was rocked by a spree of murders. Now a new killer has set up shop, ingeniously using social media and modern technology to taunt and humiliate their targets. Top of this list is Emma, who the killer seems to have a particular interest in.

Exactly how Emma has raised the killer’s ire isn’t immediately apparent in early episodes. On the other hand, veteran viewers of the genre are unlikely to be surprised by the story that gradually emerges. I don’t think it’s a spoiler to say that the new murders are related to the old – if that’s a surprise to you then you’re less cynical and grizzled than I.

We fade in on MTV’s Scream much the same way as in most teen slasher stories. Impeccably photogenic twenty-somethings playing implausibly shallow high schoolers in a world of massive open-plan kitchens and enormous backyard swimming pools.

When we meet our first victim home alone late at night (don’t look at me like that – this is Scream and that’s not a spoiler either), she thinks nothing of taking a dip in the hot tub and voice activating the outdoor speakers with her phone. So many characters have dumb names like Brooke or Noah. If the show wants us to root for these characters it’s going to have to work pretty hard. 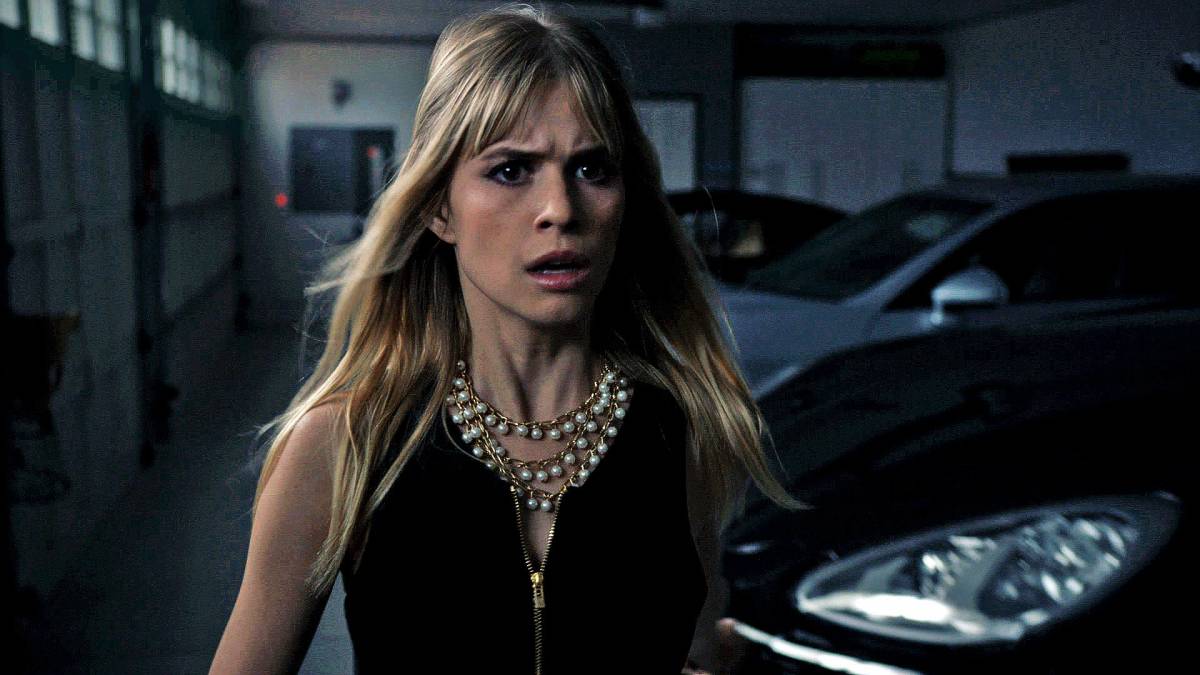 The characters, for their sins, are a broad cross section of stock horror characters. There’s the not-so-squeaky-clean boyfriend, his douchebro best friend, the mean girl and the ‘know it all sidekick’. One of the show’s problems is how long it takes for these archetypes to break out of their genre shackles. Some never achieve depth; the mysterious stubble-chinned new kid was so boring I was actively rooting for his demise by the end. I can’t even remember his name.

Admittedly, once things get going the stand outs turn out to be the very characters whose names I mocked not two paragraphs ago. Carlson Young’s bad girl Brooke delivers far more depth than is apparent at first glance, conveying vulnerability and regret where there initially appeared to be none.  Meanwhile, John Karna as resident horror genre expert Noah is a joy to watch even if we know what his schtick is right from the start.

Because Noah is probably the very embodiment of this series. As much as the early episodes leant on slasher cliches a strange thing began to happen around episode 6. I actually started caring about some of the characters. Was it simply my brain responding to time invested? Or was Scream actually endearing me to these characters?

Modern TV viewers are more genre-savvy than ever. We all basically know how a slasher movie works, even if we’ve never seen one. By Scream’s later episodes though, I was beginning to suspect the show knew all along that we knew every trick it had up its sleeve.

Its solution to this problem is crude but effective: to throw all its tricks out at once and have us try to guess which ones are red herrings. Is it the dodgy teacher having private study sessions with one of his pupils? Or the douche jock who’s got some illegal webcam thing going on? It works perfectly here, obscuring the real killer until the last couple of episodes. Whether it’ll work again in the already commissioned second is another question.

Which brings us back to the characters. For us to care in Scream’s next go around, it needs deep characters we want to care about. Scream’s ensemble are endearing in their own little world, but if you’re watching episodes in between better shows, it’s easy for them to fall flat. Imagine someone like Veronica Mars or Walter White wandering into the show’s leafy small town. How quickly would we realise just how shallow and one note its characters are?

All criticism aside, fans of the movie series will definitely find something to chew on here. As one such fan, I’m not entirely sure whether I’m the intended target audience for this thing, but its self-referential nature holds up nearly twenty years after the original’s release. It knows exactly how clichéd it is, and it’s in on the joke.