As Team RWBY move to complete their missions, the forces of Grimm start to move in. 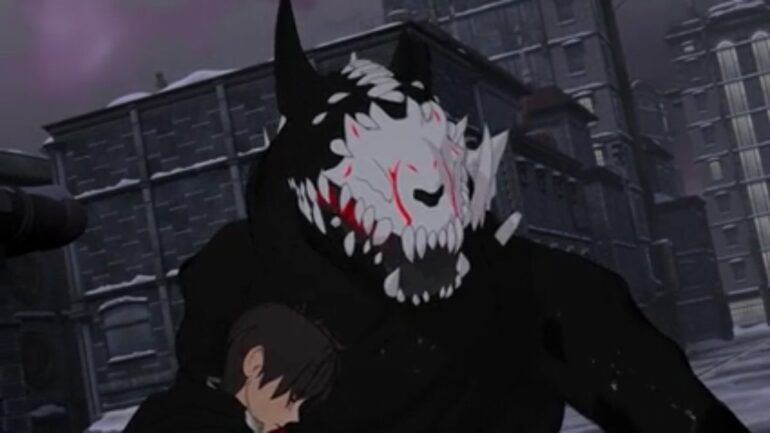 While episode one was a bit of a slow opening to RWBY’s eighth volume, it was also a nice, gentle way of easing fans back into a volume that promises spectacle. And judging by the second episode, ‘Refuge’, the volume certainly seems to be picking up the pace and going into the action.

‘Refuge’ opens up with Robyn and Qrow in prison alongside Jacques Schnee and Doctor Watts. Though this scene is dialogue heavy, it’s an intriguing scene to watch. There’s a bit of clever camera play on the go during this scene e.g. at first, it looks like Robyn is blaming Qrow for them being locked behind bars, when it actually turns out to be Jacques as soon as the camera changes. There’s also some nice lines of dialogue, like where Jacques says, “I am a victim”. It mirrors a line that Weiss says in Volume one, but flips the tone of it: while she was explaining that she suffered from her family being attacked by the White Fang, Jacques is acting the part of the victim for being caught out in his political schemes.

There’s even a few moments of light comedy, like Dr Watts getting smacked by an Atlesian soldier after his sarcastic comment – “did you realise that you had already caught me?” – or an interaction between Robyn and Jacques:“I’m sure Whitley has reached out to my legal team and will have me out of here before you can say-“/“SHUT UP!”

The scene concludes with Qrow – who has been silent throughout the whole scene – saying to Robyn, “we can kill the man who put us here,” which will certainly be intriguing to watch.
‘Refuge’ then moves to a news broadcast covering recent events, and it does answer some questions. Even though it is telling instead of showing, at least it’s now clear that the Atlesian military are drawing out from the kingdom. One of the Happy Huntresses ends up taking over the broadcast and telling the populace to head to the crater in Mantle. Meanwhile, Yang and her group end up recovering the equipment that Pietro has been developing, and it’s admittedly cool to see Yang with a new and improved bike after Bumblebee got trashed in Volume six. Also, there’s a cool little blink-and-you’ll-miss-it moment: on top of one of the buildings, you can just see the form of a Grimm hunched over, seemingly watching them. More on him later.

The group end up rounding up refugees to bring to the crater, all the while using more of Pietro’s gadgets to take out some Grimm. It’s a short but cool piece of action where the audience gets to see a little bit more of Pietro’s tools being used. Another element of this scene is when one of the elderly refugees starts kicking up a fuss about having to ‘shack up with those animals,’ in the crater, something that rubs Yang the wrong way, As the team go to move the refugees to the crater using a combination of Ren and Jaune’s aura, the racist old woman continues to mutter her thoughts, causing Oscar to reflect on the current circumstances with Ozpin, briefly developing the character’s relationship.

As the scene finishes, Ren briefly loses his concentration, almost risking the group’s safety as his aura slips. This scene could have done with being developed a little further: maybe the woman’s mutterings cause Ren to lose focus completely. Maybe the group stumble across one of the Grimm and Ren has to think quickly to help save the group. Otherwise, it’s an alright scene which establishes the growing divide between the protagonists.

‘Refuge’ continues with its dreary tone, as Penny looks out onto crowds of refugees being moved around before her and the rest of her group enter a delivery building owned by the Schnee Dust Company. Weiss points out that, as well as the Dust delivery system being their way into the Atlas Military Command, the SDC’s drones are owned completely by the company and not the general. This could be an interesting plot point that could get developed in the future.

Penny continues to experience a lot of self-doubt, only to be comforted by Ruby. Hopefully, this continues to be developed to the point where Penny has to make a final choice. Despite some of the heavy-handed ideas going on in this scene, it concludes with a nice bit of comedy. As Weiss tries to explain how the delivery system works, she ends up getting sucked up into the pipe, taking her up the Military Command. If the viewer pauses at just the right moment, it’ll give them a bit of a giggle. It’s nice to see the animators having a bit of fun where they could.

Back at the crater, there’s a bit of behind the scenes into the running of the camp just as Yang and her group drop off the refugees. There’s dialogue between Yang’s group and some of the Happy Huntresses – Yang is still a bit antagonistic when her other companions are mentioned, there’s some exposition on how the crater is being adapted for more people. The interaction is broken up when one of the Faunus points out that another fight is breaking out. As with much of the rest of this episode, it will be intriguing to see how this element develops the plot of the volume.

The final scene of ‘Refuge’ follows Yang and the rest of her group as she goes to help clear out Grimm from the city. Upon first watching this scene, it’s assumed that the group are going to deal with a whole horde of them, when really it is just one Teryx. Granted, the series has long established that some Grimm are more dangerous than others, but it would’ve been nice to see a little bit more combat. However, the fighting that is shown is pretty nice. The group creatively use their environment to take the creature down, and it’s a good bit of action.

However, as they take out the Teryx, this is when the episode takes a turn for the sinister. Remember that Grimm that seemed to be silently following the group? It soon makes its presence known. As a group of Sabyrs go to attack our heroes, they suddenly turn tail and run away. As the audience and the rest of the group start to wonder what the heck is going on, a shadow strikes and takes out Oscar. It’s nothing like any of the other Grimm in the series. At first, it looks like a giant attack dog, but can contort its form to suit its needs.

Additionally, it shows a lot more strength and intelligence than other creatures of Grimm – Yang, Ren and Jaune go in to attack the creature, but each time, it uses Oscar as a human shield, and it wipes the floor with them. When Ren cries out “Give him back” in frustration, the Grimm quite scarily replies “No” to him. It’s an interesting turn for the show: all the Grimm in the past had a very animalistic level of intelligence, never mind being able to communicate with humans. As the creature grows wings and flies away with Oscar, the group speed after him.

While ‘Divide’ had a few problems with its slow pace and heavy dialogue, ‘Refuge’ is starting to fulfill the potential of the volume. There’s still some cases of telling instead of showing, but the dialogue flows a bit better in this episode and the action that the audience gets to experience is a good bit of fun, however brief it is. Finally, the introduction of the new Grimm creature will certainly grab the audience’s attention. If ‘Refuge’ is anything to go by, it shows a lot of promise for the future of this volume. 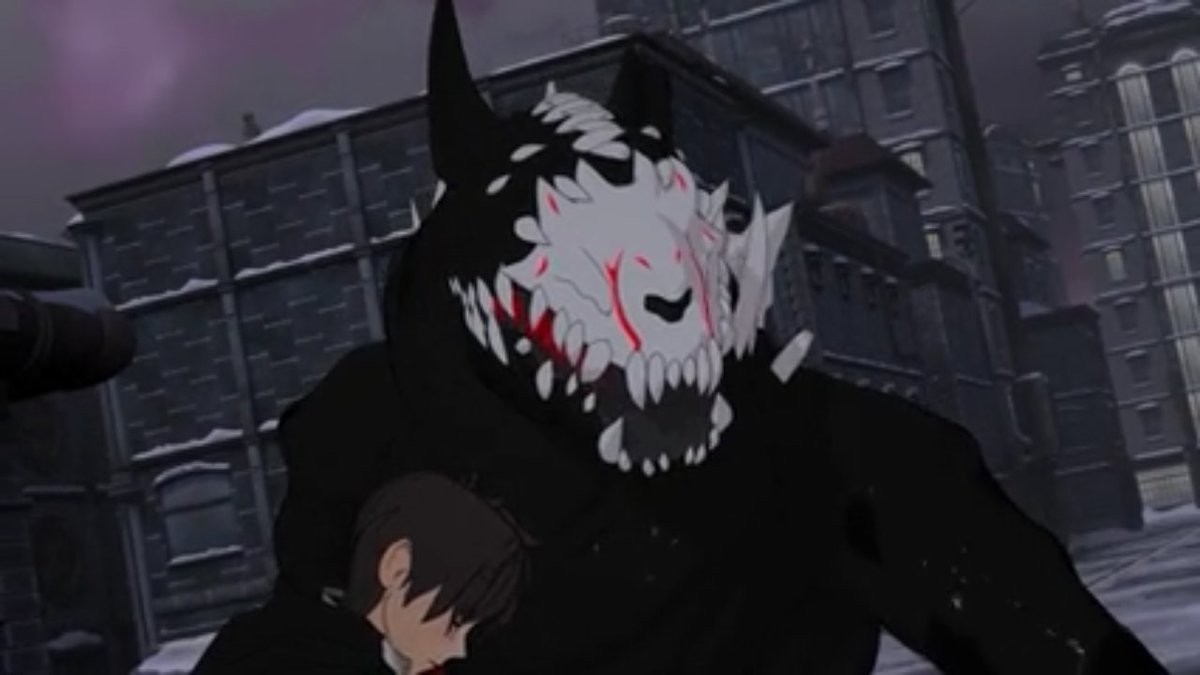 Verdict
The pacing of the volume picks up a bit more in episode 2. Though still a bit heavy handed with the dialogue, Refuge has a bit more action, comedy and intrigue.
7
Cultured Vultures is a pop culture website established in 2013 covering all things gaming, movies, and more. We eat your words.
All The News On The Biggest Games