A fun but no that essential ending.

With the main story arc of Ice Queendom over, Best Day Ever – which has the same name as RWBY: Volume 2’s first episode – essentially bridges the gap between the spinoff and RWBY proper, tying off loose ends in the story.

Ruby writes to her father about her being the leader of team RWBY, Weiss writes to her older sister about how she strives to be the best teammate she can be despite not getting the position of team leader, as well as further establishing the friendships between Ruby and Weiss, and Blake and Yang. The next day, Blake and Weiss settle their issues in a show of friendship – the piano cover of Beyond Selves playing in the background of this scene was a lovely choice – Shion moves on to her next adventure (I wonder if she will show up in the actual show?) and Jaune and Pyrrha continue with their training.

And that is basically where the Ice Queendom part of the show ends, with our heroes wrapping up their story arcs and their own personal journeys. The rest of Best Day Ever is where Volume 2 begins, with Ozpin questioning Blake on her knowledge of the White Fang robbery, before concluding with the massive food fight in Beacon. Admittedly, seeing the animators at SHAFT go all out for this fight scene is something that felt really nice as a fan of the original show.

As for Ice Queendom, what a surprise. Admittedly, when it was first announced, I wasn’t too sure what to think of it. On the one hand, I liked the idea that RWBY, a series inspired by anime, was getting its own anime. On the other, there was a part of me that felt like it was unnecessary fluff, something to pass the time in the lead-up to Wolume 8’s release.

But what an absolute delight this show was. The fight scenes were stunning; the animation gorgeous. Just visually, Ice Queendom was an absolute spectacle. But the main highlight was getting to see the main cast of RWBY develop their interpersonal relationships as well as themselves as characters. While this does happen in the show, RWBY themselves – especially Ruby – don’t get that much development compared to other characters. I am still sore at the fact that Jaune gets his own story arc in the first volume instead of the main team, and was so pleased when Ice Queendom cut that out.

The one thing that is consistently strong throughout both is the soundtracks. While I imagined following up the work of Jeff and Casey Lee Williams was going to be a task in and of itself, Void Chords and L absolutely killed it with their rendition, which felt equal parts original and homage to their predecessors.

Of course, writing a spinoff to help make up for the shortcomings of the original may sound like it shouldn’t work, that the original has failed in its storytelling, but not in the case of RWBY. I will still always have a soft spot for the original show, with all its imperfections, and I really enjoyed Ice Queendom as a spinoff with some additional details that flesh out the original story. Ice Queendom may not be for everyone but it is still worth checking out for this reason. As for Best Day ever, it’s just a sweet conclusion to an actually pretty decent spinoff.

Best Day Ever as an episode is a nice conclusion to a spin-off which felt like a love letter to what Mounty Oum created, and though it doesn’t add much in terms of story – literally just acting as a point, so fans know where it fits into RWBY – getting to see the Beacon food fight in anime form as well as wrapping up the character and relationship arcs make it a lovely little ending.

READ NEXT: 10 Anime Like JoJo’s Bizarre Adventure You Should Check Out 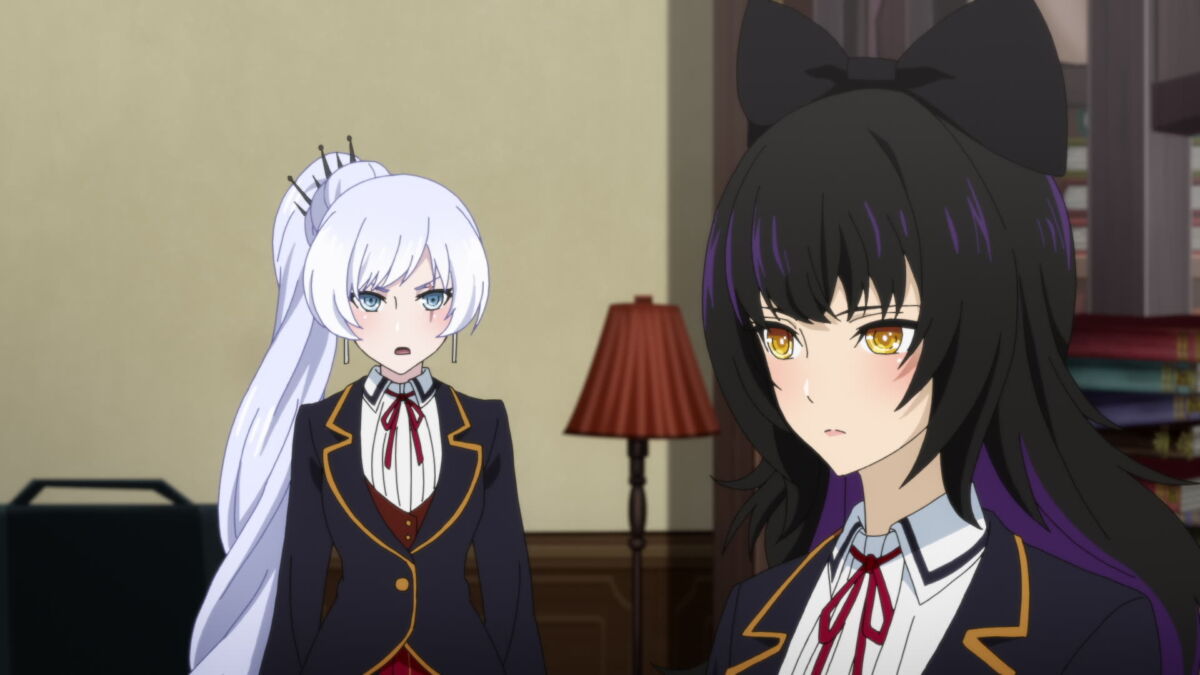 Verdict
Though it's simple in content, Best Day Ever is a nice episode to conclude Ice Queendom.
7
Cultured Vultures is a pop culture website established in 2013 covering all things gaming, movies, and more. We eat your words.
All The News On The Biggest Games