The Room: Why ‘The Citizen Kane of Bad Movies’ Works 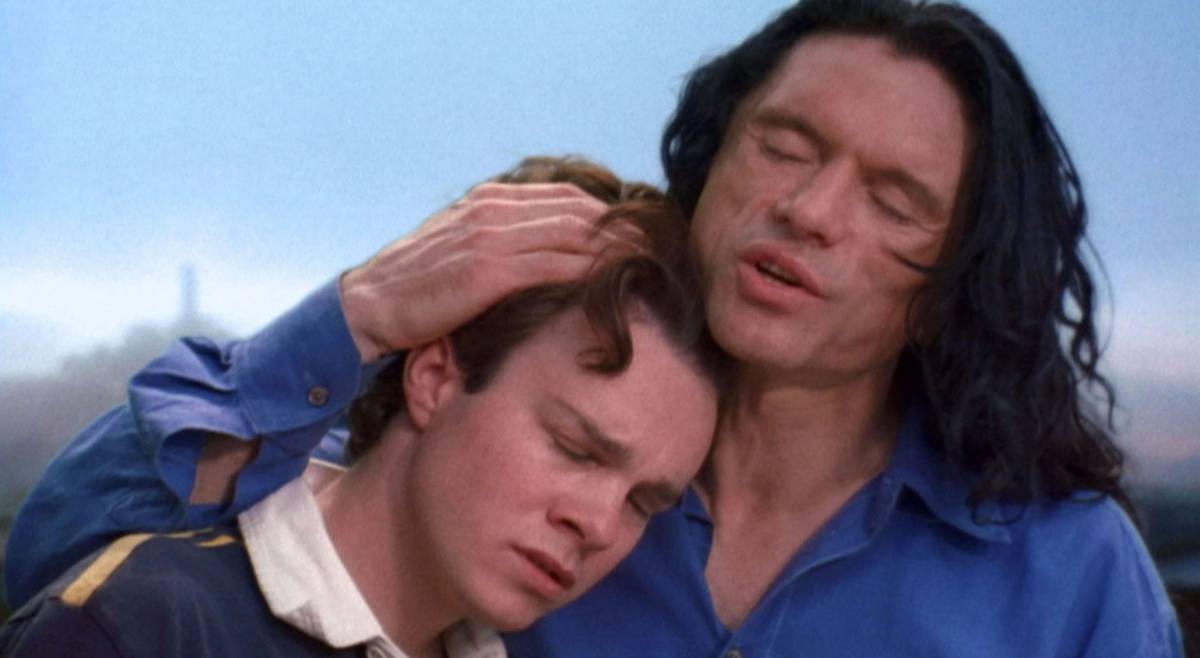 By now, nearly everyone is familiar with what Entertainment Weekly once called the “Citizen Kane of bad movies.” It’s no secret that Tommy Wiseau’s The Room has become one of the greatest cult classics of all time. Since its release in 2003, it has spawned several viral Internet reviews, has received much celebrity praise, and has seen a successful memoir published by one of the actors. With the Franco brothers’ The Masterpiece (based on said memoir) expected to be released this year, The Room may acquire a status of which all filmmakers hope for – a film which is recognized and respected as a milestone in American film culture.

But beyond either praise or ridicule, Tommy Wiseau’s success begs a rather important question. What makes his movie so damn appealing? Make no mistake, it’s bad and it’s bad for all the right reasons. So why the hell do I have such a place for it in my heart?

As with many, I first saw The Room as an online film review a few years ago. After “the critic” said “it has to be seen to be believed,” I went along and saw it for myself. And, like many, I found myself unable to look away. Something about it had me hooked. It didn’t matter how poor the acting or the story were. Something about this movie charmed me to where I stayed with it to the end. I’ve since become hooked to other competing B-movies in the field, be it Fateful Findings or Birdemic. Said films have their strengths (and their weaknesses go without saying), but none match the charm or the re-watchability of The Room.

Years later, I find that there’s something deeper to this film than just the delivery. Something which goes to the heart of our media culture.

If anyone is familiar with your typical day-time soap opera, the formula is quite simple – modelesque yuppies with everything but happiness on their plates. The characters are often middle-class professionals portrayed by actors and actresses so beautiful, it’s unrealistic. Yet, even with all the money and influence in the world, they can’t stop their wives, husbands, or moms from sleeping with each other’s wives, husbands, and moms. They are the American Dream and the American Nightmare rolled into one, and as Cady McClain wrote in a 2012 HLN special, the soap opera industry succeeds because it tells “the story of what it means to be a normal American.” I hate to say it, but Wiseau does just that by telling the melodramatic story of an individual struggling to balance both his home and financial life. Just when life cuts you a break on your birthday, you find out your best friend is sleeping with your fiancé…and then you shoot yourself.

Then there’s a studio factor. We all know there’s no challenging the monster that is Hollywood, and the independent film maker sometimes faces a David and Goliath struggle. I wouldn’t say Tommy Wiseau slew Goliath in this case -far from it- but he most definitely created a monster of which at least ridicules Goliath, albeit unintentionally. The Room takes all the elements of a Hollywood (hell, maybe even a Bollywood) soap opera and simply redoes it with Wiseau’s own vision. The key, however, is Wiseau himself. Tommy Wiseau, the reluctant hero in this case, portrays Johnny, a middle-class banker in classic soap opera fashion. The actor has a chiseled body, which clashes with his droopy face and long, unkempt hair. He tops this off with a voice so void of emotion, it’s amazing he’s even alive to begin with. He has neither the face nor superficial talent of Hollywood. In an industry that is known to suck the life out of anyone trying to succeed, Tommy Wiseau’s portrayal is more than just bad. It’s practically a parody, if not an act of rebellion, of a system that regularly exploits and uses people for profit.

Finally, well, I hate to say it, but the effort shows. There’s not one actor in this movie that makes me cringe, not even Wiseau. I love Denny. I love Mark. I love Lisa. Probably my favorite would have to be Chris R, the drug dealer who forces a gun on Denny. As portrayed, there’s something clearly at stake for his character, and I get the same feeling from everyone on set.

There are a lot of factors to this, the most important of which is the movie’s status as an independent film. As long as the film industry has existed, every film maker, producer, screen writer has had to deal with studio meddling. What may be a masterpiece in the making can easily turn to garbage based on an executive decision. Or, in the case of today’s Michael Bays and Paul W.S. Andersons, some just go for the cash grab and nothing more. The Room, as an independent film, was free of that pressure on some levels and allowed its own space. It had the pains and turmoil of any masterpiece (Greg Sestero’s The Disaster Artist has all the details on that one), but in the final cut, we can see the actors and actresses – most of whom had never been in a full-length film – giving everything they have, even Wiseau. They all had a part in this big project and they went for it with all their energy. It shows. More importantly, it inspires.

Maybe I’m just that traumatized by this movie that I’m forced to say positive things about it to make up for the inner-turmoil. Or maybe I’m just reading too much into this film. Who knows, but in these respects, The Room is more than just the greatest “so bad it’s good” movie of all time. It serves as a (sad) reflection of “a normal American,” an unintentional parody of the soap opera culture, and an inspiring odyssey of a dedicated crew against the Hollywood Machine.

So, if you haven’t seen it, go find The Room on DVD, The Disaster Artist in paperback, and The Masterpiece at the nearest theater upon release. Will they change your life…probably not, but they will definitely affect your day-to-day interaction with others, whether answering phone calls with, “Oh, hi Mark,” or inquiring on someone’s sex life out of nowhere. I guess that’s what makes it a great film. It has an affect on you, for better or worse. Wiseau may have yet to be recognized for any legacy, but if anything, I’d say this to my children: If Tommy Wiseau can do it, then dammit, it’s just a matter of time before you do it as well.