The Rise of the Terrifying Docu-drama Podcast 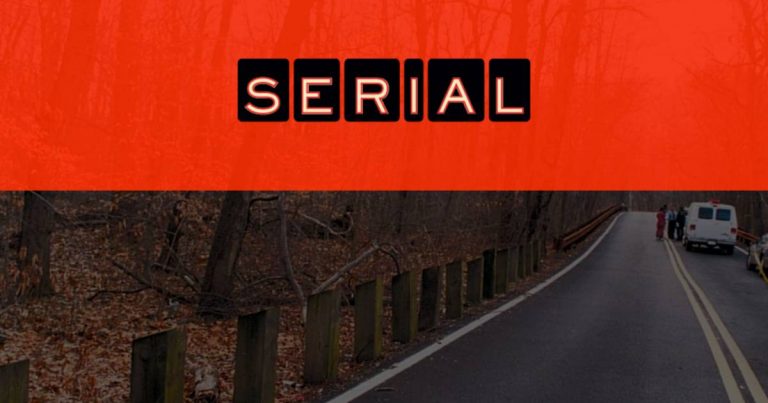 It’s one of the most famous stories in radio history and chances are, you’ve heard of it. In 1938 Orson Welles (later made famous for his directorial debut, Citizen Kane) broadcast a dramatic radio production of alien-invasion novel War of the Worlds

. The performance was almost entirely free of commercials or news or any other pesky piece of material that might indicate to the listener that what they were hearing was in fact a dramatic radio piece, and not a moment by moment account of a Martian invasion of earth. Although the extent to which hysteria held America in a vice grip due to the broadcast is debated, it unquestionably had an effect, as the media with its favourite writing style, outraged hysteria, at the panic the broadcast caused. Of course Orson Welles didn’t mind too much, as the sensational broadcast cemented his career as one of the world’s most respected dramatists.

Today, the spirit of that world-famous broadcast animates a new kind of audio media. Podcasts are a rapidly growing form of entertainment, and anyone who gets unceremoniously blanked by me when I have my headphones glued into my ears will know that I am a big fan. Journalistic podcasts that tell true stories, such as Serial and This American Life, are becoming bonafide cultural juggernauts, while podcasts that use the medium as a means of fictional storytelling, such as Welcome to Nightvale, are seeing growing numbers in their devoted fan base. But lurking in the hazy liminal spaces between fact and fiction, in the borderlands between true stories and hair-raising myths, is a new kind of animal in the podcasting world. Enter the docu-drama podcast. Exemplified by The Black Tapes Podcast and its sister show Tanis, these hour-long audio adventures intelligently ape the style of popular non-fiction investigative podcasts such as Serial, but all the while are growing their own fictional, internal mythology; like a nightmarish coral reef growing on an old, solid sunken ship.

The Black Tapes, which has recently entered its second season, tells the story of intrepid reporter Alex Reagan who investigates paranormal phenomena as recorded by the sceptical expert Dr Richard Strand. Each episode plays like Sarah Koenig investigating the X-Files, as the show explores ‘Cases of the Week’ while also building up a broader web of mythology and conspiracies that haunt the edges of each edition. From the sound design to the format of reporting the entire thing could, to the untrained listener, sound like any other non-fiction storytelling show beaming out of NPR 24 hours a day. Of course it is precisely this format which makes the show’s paranormal moments all the more terrifying. There are moments, as Reagan discusses poltergeists and symphonies with the power to summon demons, that you begin to lose yourself in the world of The Black Tapes. I discovered the podcast in a week where college assignments weighed around my neck like a millstone, and the first season slotted neatly into my ears, replacing NPR favourites of mine like TAL and Snap Judgement. There were times that my study –addled mind, attuned to the nasal voice of Ira Glass delivering factual and witty analysis of real events, began to wonder where there might be some mysterious forces at work in the world.

The Black Tapes spin-off podcast, Tanis, which is just wrapping up its first season, has an even greater propensity for plopping me down in the blurry Badlands between fact and fiction. Little non-fiction asides about actual oddities and horrors, such as the Servant Girl Annihilator or the occult rocket science of L Ron Hubbard’s bestie Jack Parsons, help to cleave together the journalistic and mythological portions of the show. I’ll find myself standing in line to buy coffee and forgetting what it is I was going to order because there’s just been a huge break in the quest to find the mythical place of Tanis.

Although more intermittent in its release schedule than The Black Tapes or Tanis, Limetown is another docu-drama podcast attracting a great deal of attention. It presents the story of American Public Radio reporter (seriously, what is up with this crossover of NPR fans and horror junkies?) Lia Haddock who explores the mysterious circumstances surrounding the disappearance of a place called Limetown, which once housed a controversial research facility. In an interview with the Guardian one of Limetown’s creators Zack Akers explained the amazing potential that a story like this has in the podcasting medium: “If you want to make it feel like a blockbuster film, it’s a lot cheaper to do it in your ears than in your eyeballs. So why not go all out and make it as big and real as possible.”

They say that the clearest images you can give out in broadcasting are on the radio, as the listener melds your sparse soundscape into their own imagination, taking part in the creative process as much as you are. The popularity of podcasts such as Serial is highlighting that audio-based media isn’t dead but experiencing a resurgence. Docu-drama podcasts are the logical extension of this ‘Theatre of the Mind’ idea and fit naturally with the horror genre. When you drift off to sleep, lulled to dreams the smooth NPR tones of these podcasts, you never know when you’ll start awake; suddenly thrust into, as the Tanis opening intones, “a nightmare world of [your] own creation”.