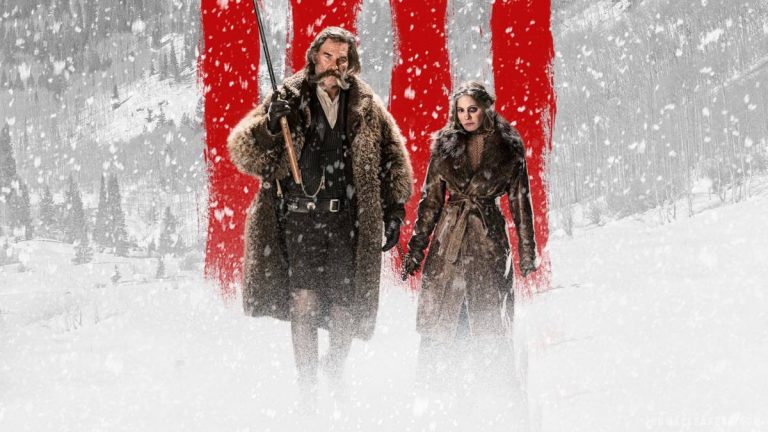 After a script leaked online, a comment about retiring from film-making and fighting the release of a new Star Wars film, The Hateful Eight has certainly been a wild ride to watch from a production standpoint. Three years on from Django Unchained, Quentin Tarantino shows us that he doesn’t have anything to prove by making another film in the Western genre – just that he’s damn good at it.

It is definitely Tarantino’s best film since Pulp Fiction. I know for some fans that’s a big claim, and even for me it is. I loved Kill Bill, Django, even Death Proof, but The Hateful Eight is nothing other than an example of how Tarantino is a cinephile, yet his movies don’t rely on obvious references to other movies, but that he is one of the best filmmakers alive.

Mostly set in one cabin, it pays homage to the iconic and tension building literary techniques of strangers together in a room. A prisoner worth a high bounty, a blizzard keeping them trapped in doors, and people’s stories not quite adding up. Add this with a usual well-cast ensemble of Tarantino regulars and newcomers, and it’s easy to sit down and get lost in the same walls that are so dangerous for the gunslingers.

Samuel L. Jackson is undoubtedly one of the most enjoyable things in The Hateful Eight. He wears his age like a medal, and gives one of the strongest performances of his career, making his role in Pulp Fiction seem like a warm up act. His character displays all the range of emotions that is needed to make us laugh and break our heart. Only rivaled by the unpredictable Jennifer Jason Leigh, who plays the prized bounty that has everyone’s trigger finger feeling itchy. The cast didn’t rest on Tarantino’s script, and instead went 100% to create an amazing film.

Of course, being a Tarantino film, there’s violence. Some gunshots and heads explode but that’s light compared to some of his other works. This film is truly a piece of art, so anyone expecting to see mindless violence or action scenes will instead be left to watch stunning shots and cinematography that shows us why we would never want to walk out into the cold ever again.

The Hateful Eight is a unique cinematic experience that transcends most of the best films of 2015. Instead of solely being a good film, it goes beyond that, resting its roots in the past and its ambition in the future. It may feature eight hateful people, but god damn it if we don’t love every single second of it.