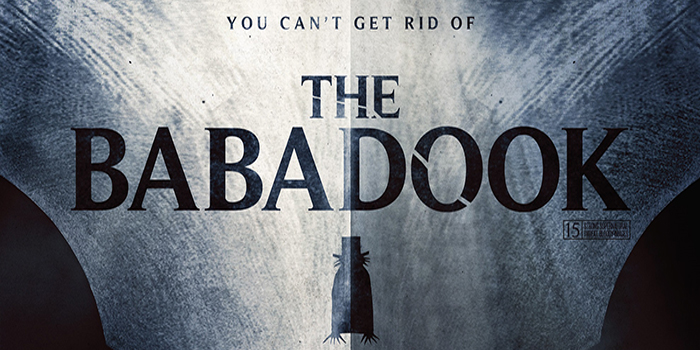 Hailed as the scariest horror this century, The Babadook lives up to this startling declaration. An Australian directed masterpiece who once starred, surprisingly, in Babe: A Pig In The City. Now when I found this out, I couldn’t help but draw parallels. The dark, horrific moments Babe encounters, are not something for our children’s eyes (albeit this century of apathetic robot-children).

Jennifer Kent has written and directed one of the most terrifying films I have seen in years. I tend to rely on the Japanese to scare me, East Europe to shock me, America to bore me and England to unsettle me. Australia, though? I had no predispositions; I went in with nothing to compare it to. Which is great, because we all have opinions and most of them are awful. I was lead solely by the far-away-voice in my mind saying ‘that trailer tho…’, over and over again.

Guys, I think I watched one of the scariest films. Ever. The reason behind my hesitant ‘I think’ is based on the rant I’m about to bestow on you. You lucky people.

My boyfriend bought us VIP seats this time, because as some kind of surreal joke, there’s always some awful person sitting close to me, talking, eating loudly, being obnoxious, thinking they’re witty and/or trying to have sex. So here I was, in my (rightly so) VIP seats, and the trailers begin. I love trailers. Although now I’m pretty sure every trailer screened follows the ‘intro-action-reaction-consequence’ storytelling of a full-length movie which means from now we’ll all have to review trailers instead of spending (usually wasting) money on a full feature length disaster. During this moment, as Nightcrawler comes on-screen and I’m engrossed by Jake Gyllenhaal’s hollow eyes, a group of about 4 teenagers (no adult acts like them) sit in the VIP seats behind me. They come in laughing, talking and making some occasional controversial, uncalled for remark on cinema, which makes me shuffle uncomfortably in my seat.

This is it. This is my movie experience. I feel my heart sink. I was so excited for this film.

After the trailers end, a couple get up and walk out in frustration. I watch them, my eyes following their dark silhouettes, eagerly crying out for them to say something. The film starts and someone a few rows in front screams a hush. That’s no mistake, it sounded like a scream. This guy was obviously a non-smoker; his lungs were at full shushing capacity.

My mind returns to the subject in hand; the reason behind my excited squealing on the train. The Babadook starts and instantly I’m in love with the atmosphere I’ve been sucked into. The colours were beautiful and significant; as a dulling reminder to be unsettled. The actors were nothing far from fucking perfect. The mother, Amelia, played by Essie Davis was loveable, relatable, depressing, realistically subdued and beautifully sweet. She was the worn out mother we all know about. The heavy eye bags, the faltering smile – my mother once got to the point where smiling was no longer a necessity so she stopped altogether. 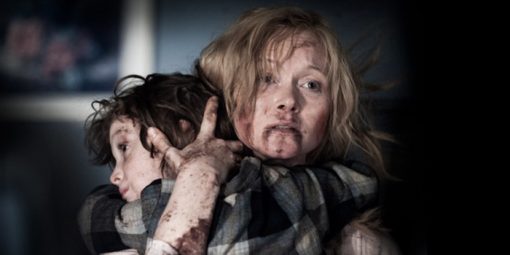 I’m pulled away suddenly by a ‘HAHAHA NO WAY WHAT THE FUCK’ and a bright phone illuminating the cinema around me.

I sighed deeply, trying to go back in. The silence lasted 5 minutes and there was a louder conversation drawing me away. I want to be in this world. I want to feel Amelia’s frustration and her son’s fear. I want to be part of their world, but these inconsiderate fucks aren’t letting me. I felt like apologising to the screen. ‘I’m sorry I can’t be with you’.

Something happens (SPOILER FREE) and everyone falls silent. My heart races and I feel my muscles tighten. I fall into my seat slightly as darkness envelops the screen and my boyfriend’s hand is being crushed; the poor suffering he must be feeling.

I’m sucked out of the world. I concentrate at the screen ‘take me back’ I beg. The Babadook tries, and in a way succeeds. Despite the inane ramblings of the young fools behind me, I still loved the film, I was still suitably scared and most importantly, I still fell in love with the characters.

The film finishes and I look over at my boyfriend, who has now been deflated with pent up rage and a broken squished hand. We sigh, the film is over, and we’re happy. The gaggle of fucks behind me are no longer my problem, and also I’m no longer shitting myself from The Babadook. The lights come on…

‘FUCKIN HELL, IMAGINE PAYING FOR SOMETHING LIKE THAT HAHAHAHHAHA COS WE DIDN’T HAHAHAHAHAHA’

An elongated sigh to signify the final breath of mankind as we tumble down the rabbit hole into hell.