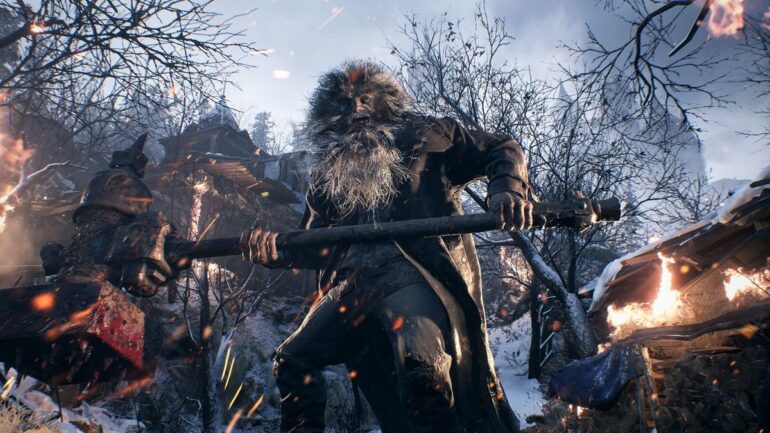 What Is Resident Evil Village All About?

Here’s the synopsis for the game from the official website:

Set a few years after the horrifying events in the critically acclaimed Resident Evil 7 biohazard, the all-new storyline begins with Ethan Winters and his wife Mia living peacefully in a new location, free from their past nightmares. Just as they are building their new life together, tragedy befalls them once again. When BSAA captain Chris Redfield attacks their home, Ethan must once again head into hell to get his kidnapped daughter back.

Any New Features Worth Noting?

Gameplay-wise, Resident Evil Village will play out similarly to Resident Evil 7, with the game taking a first person perspective over the series’ usual third person gameplay. Village will be a bit more action focused though, so expect to be shooting lots of Lycans during the course of the game, especially in the bonus Mercenaries Mode.

Will The Tall Lady Step On Me?