Resident Evil Village: What Is The Crystal Beast? 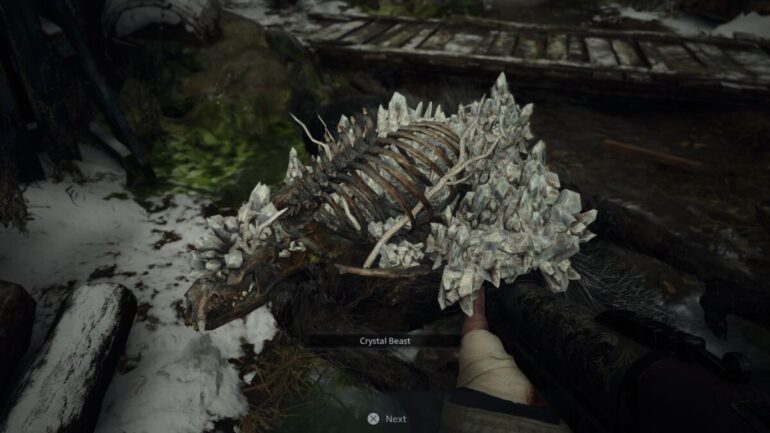 The Crystal Beast is a rare treasurein Resident Evil Village that is dropped by the giant lycans called Varcolac after you defeat them.

First available on your way to take on Moreau, the giant lycans can easily be taken care of as long as you find the GM 79 Grenade Launcher nearby.

The Crystal Beast can then be taken to The Duke and sold for a massive amount of money. The Crystal Beast will give you a pretty hefty 20000 Lei when sold, which is enough for most of the weapon upgrades in the game.

There’s no other purpose to the Crystal Beast, they just exist to be sold. And don’t worry: you will find more than one of them out in the world of Village.

READ NEXT: Resident Evil Village: What Is Vivianite?