Y'all ever wanted to customise water refraction before? 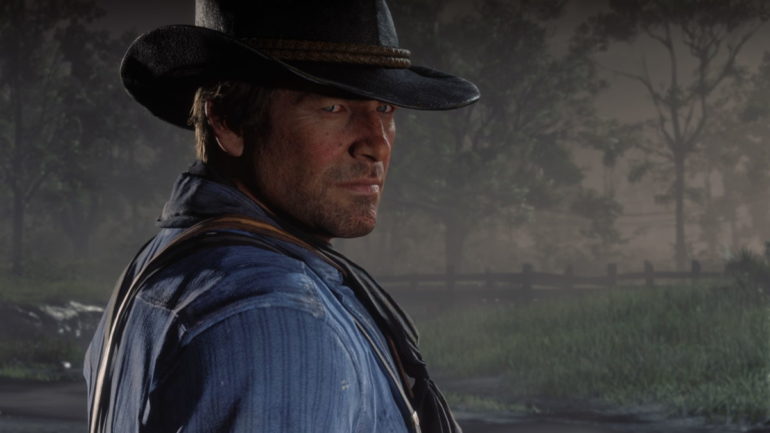 Released today after almost a year of being solely on console, Red Dead Redemption 2 has entered a new frontier with its PC port via the Rockstar Games Launcher. Following a sturdy 109GB installation, a similarly girthy period of decryption from the preload, and then a 3GB day one patch, I finally sat down to play through Arthur’s story again. But not, of course, until I went into its graphics settings in the pursuit of these sweet frames.

I was almost instantly surprised by not only how much freedom Rockstar allow PC players to go into with the game’s graphics settings, but also how little of it I’d ever seen in a game before. 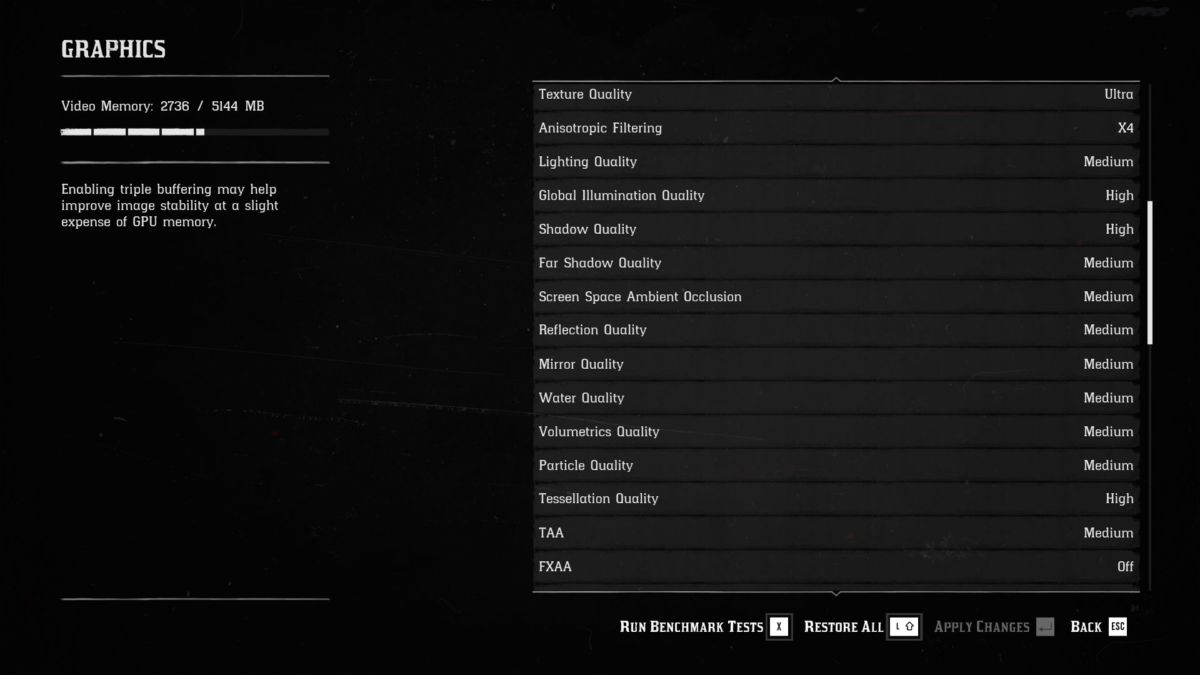 There are the obvious things in here, like texture quality, shadows; all the staples. I’d be lying if I said I knew how much FXAA affected the experience, but it was still familiar to me from other high-end games. I turned off motion blur almost immediately as I am not a monster.

Then I scrolled down to advanced graphics and realised that Rockstar are a little bit mad. 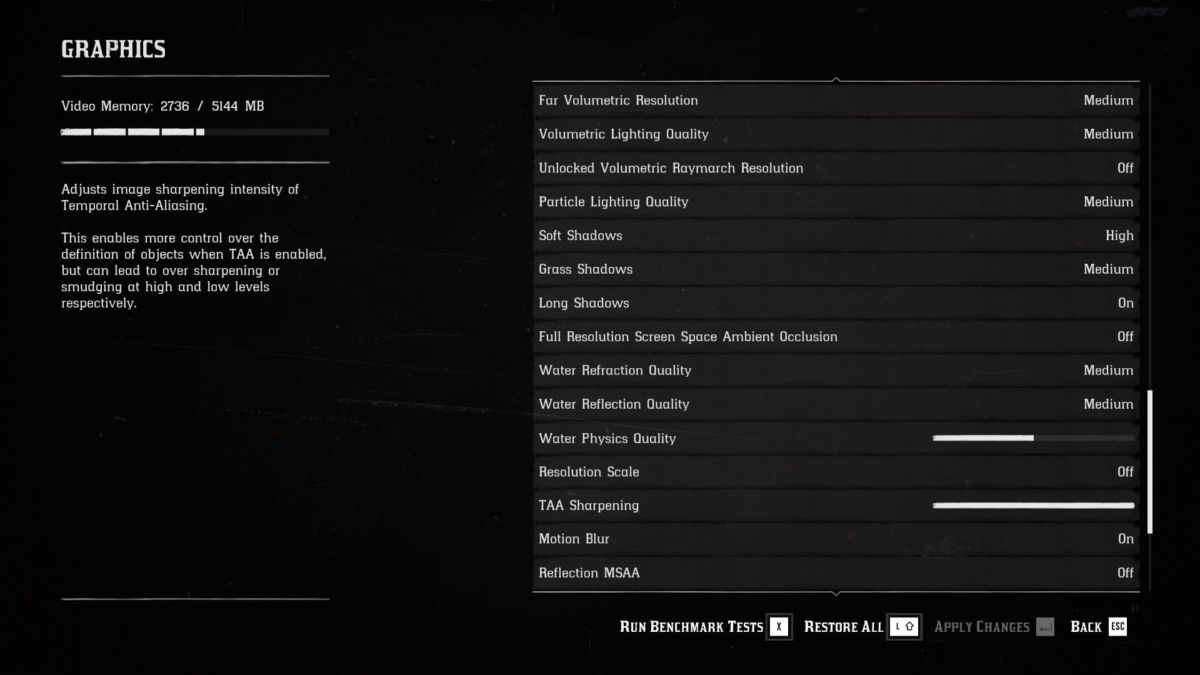 As for how the game performs, it eats the heck out of my VRAM on a 1060, i7, 16GB RAM setup if I turn it up much further than the default setting the game automatically applies.

Judging by the benchmarking, I won’t ever be able to hit 60 frames unless I turn overall quality right down, hitting 27 average frames if I try to take it anywhere above what the game automatically applies. Turning the quality down to the lowest rung of the preset “balanced” setting gives me 49 frames on average, which I can certainly live with.

It will be fascinating to see how Red Dead Redemption 2 on PC looks in a month or two when the modders have run amok with it. Heck, they might even be able to give players yet more grass settings to play around with.