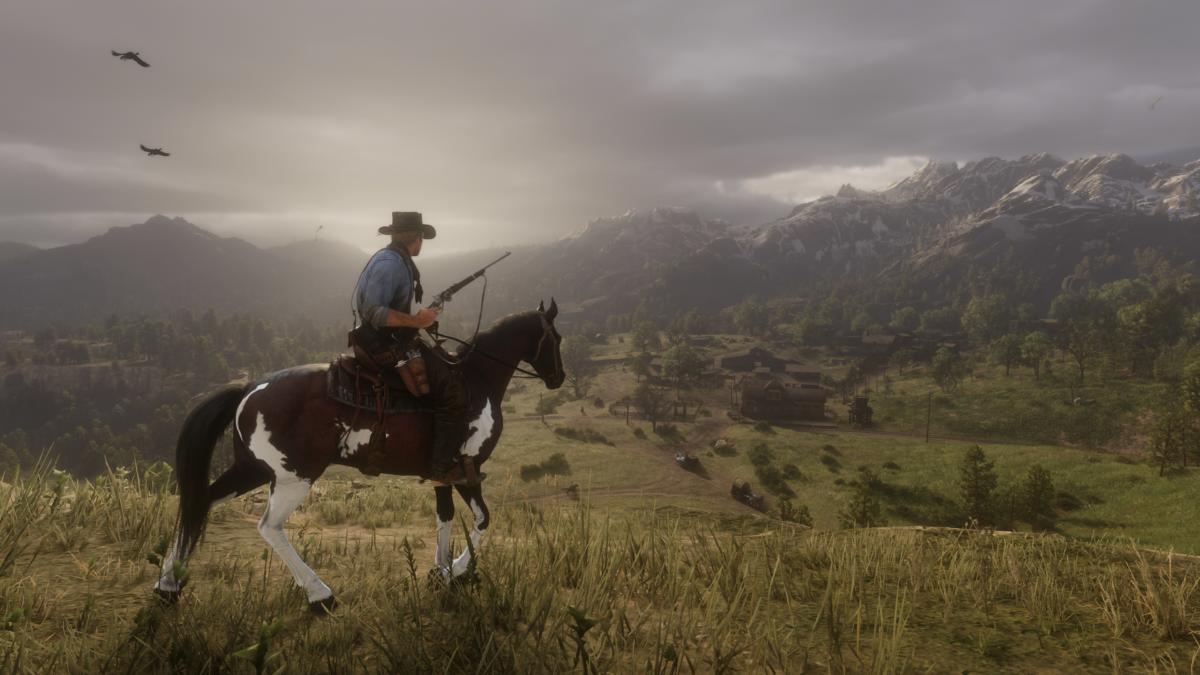 Warning: the below contains mild spoilers for expositional dialogue heard in the second chapter of Red Dead Redemption 2. Click here if you want to skip past it.

Recent history has shown that Rockstar don’t seem all that hot on creating single-player DLC anymore. Five years after the release of GTA V, a game with DLC possibilities coming out of the wazoo, we’re still yet to see anything on that front. It’s a massive shame that they were content to sit on their GTA Online money for such a long time as it would be more than worthwhile to dip back into the misadventures of Franklin, Michael, and Trevor, or maybe even someone completely new.

With the release of Red Dead Redemption 2, their first game since GTA V, players are dipping into the world of the dying West and discovering all there is to discover, which is a goddamn lot. Once every inch of the map has been picked clean and every gold bar has been found, however, where does the game go from there?

The obvious answer is Red Dead Online, the details of which are still very scarce with its beta release due sometime in November. There’s a massive case to be made for Rockstar to go back on the single-player DLC path with Red Dead Redemption 2 though, especially as there are so many tales left to tell in the vanishing age of outlaws. They clearly know how to create fulfilling single-player DLC as well: just look at GTA IV’s The Ballad of Gay Tony and The Lost and Damned as examples of that.

While it’s less than likely with Red Dead Online sure to be a massive money earner for Rockstar, here’s what we would like to see from Red Dead Redemption 2 single-player DLC all the same.

Early on in Red Dead Redemption 2, it’s revealed that John Marston previously took a year away from the gang, leaving his son and wife behind. This disappearance is what causes some of the animosity between Arthur and John, as well as a surprising bit of backstory for everyone’s favourite outlaw. However, this revelation may serve a bigger purpose beyond simply building his character.

A single-player DLC focusing on John would make perfect sense and allow us to take a closer look into his troubled psyche at the time. Perhaps he takes up honest work for a little while or maybe he joins up with another ragtag bunch; there are so many possibilities here. Rockstar may not even need to develop new areas and just keep the map they already have to play in. We’ll take any further excuse to play as John, to be honest. 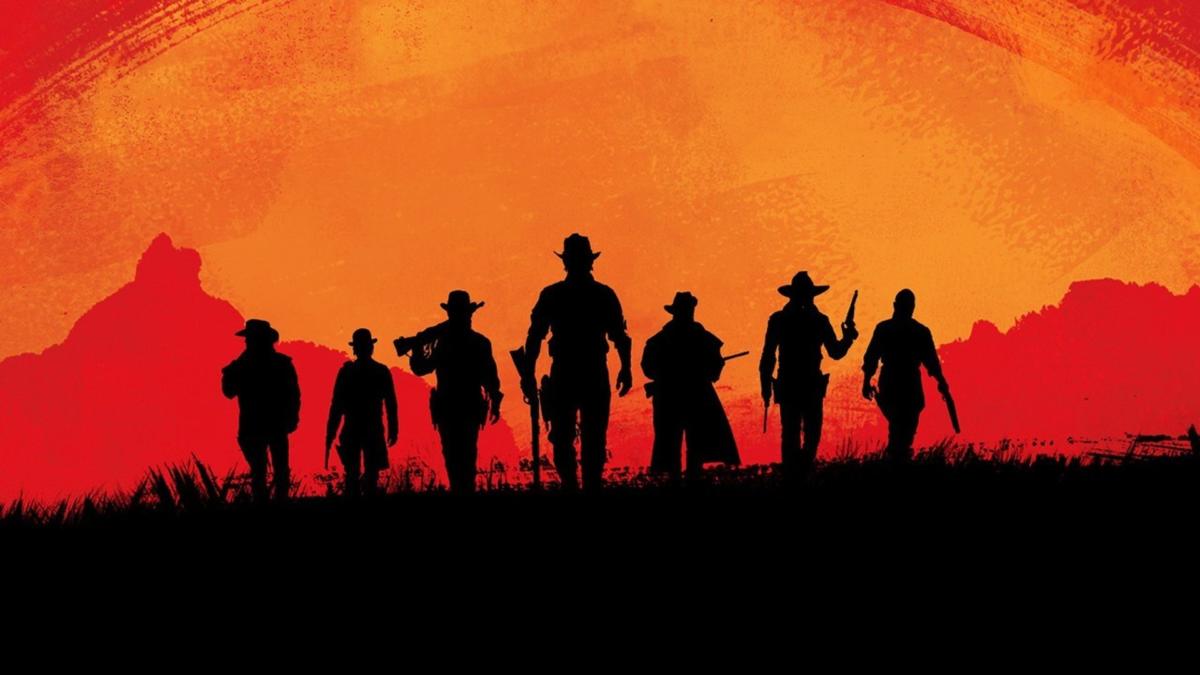 There are so many people in the van der Linde gang that, even though the game tries it absolute best, the game couldn’t possibly cover the ins and outs of every single person’s history, accomplishments and failures and all. That’s where some single-player DLC for Red Dead Redemption 2 could come in handy, to offer contained episodes relating to particular gang members.

In a similar vein to Telltale’s The Walking Dead: 400 Days (but hopefully actually worthwhile), the gang stories should be insular missions set in a specific location during a time in a particular gang member’s life. We could play the circumstances that made many of them end up joining the van der Linde gang, as well as what Pearson was really like when he was in the Navy. 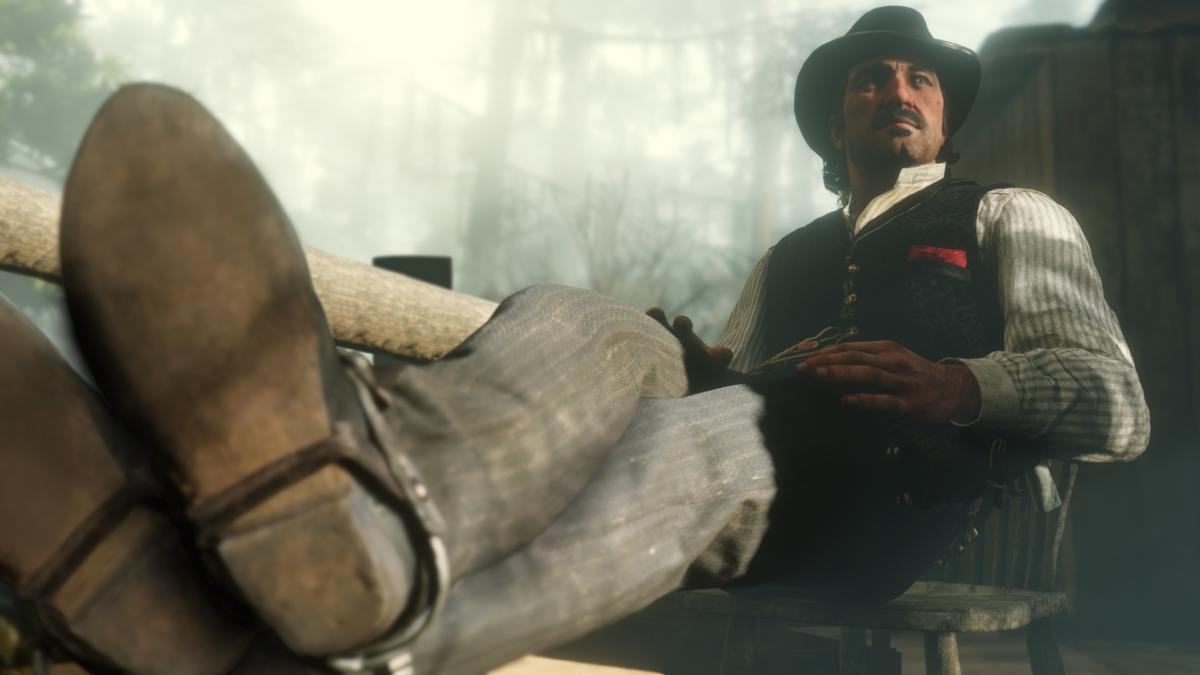 The details of this botched job, which is referred to in the first game as “The Blackwater Massacre”, are as murky as the name itself: what the hell actually went down in Blackwater? It’s the catalyst for the opening chapter in which the gang, sans a few members, make their way up to the mountains to escape, but no matter how many hours you play, Red Dead Redemption 2 never plainly spells out what happened on that damn boat.

Single-player DLC will fill in the gaps and potentially even show the demise of the gang members who died before the game even began. While it may be on the short side and the outcome already obvious, there’s still room to breathe by possibly allowing you to plan the heist in a not too dissimilar way to the way GTA V handles bank robberies. We just need to know what Dutch did. 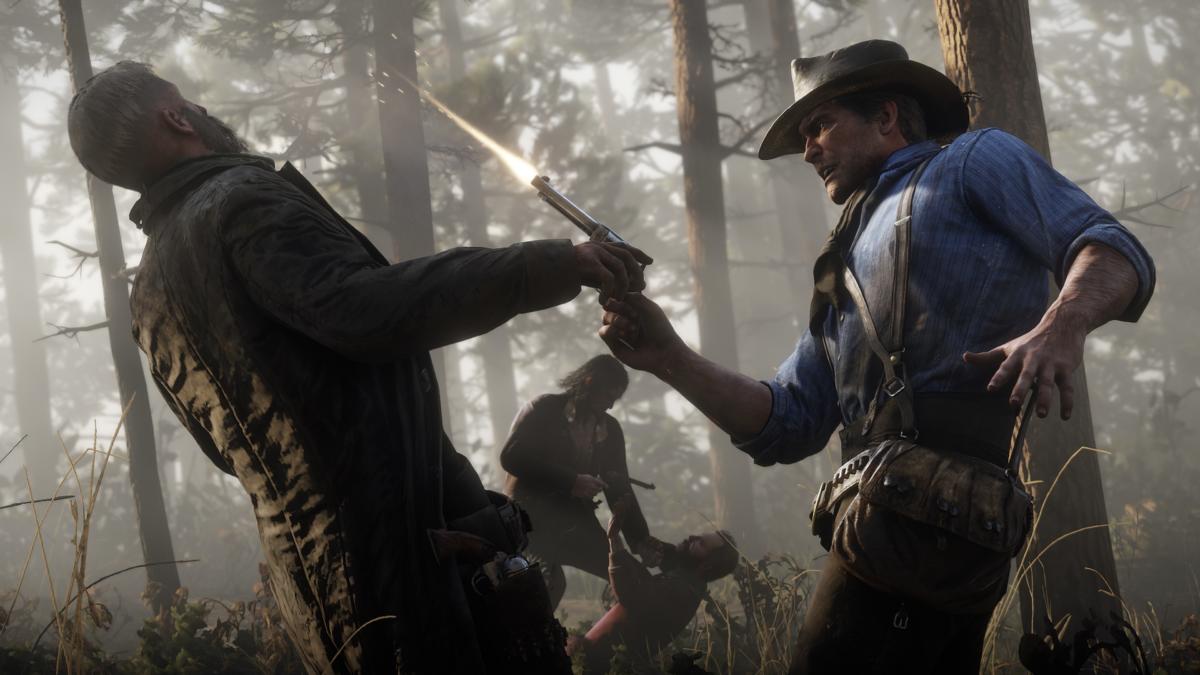 The O’Driscolls are the de facto pains in the ass for Dutch with him sharing a long-standing rivalry with their leader, Colm. There’s plenty of beef between the pair, which is only ever explained through dialogue. A DLC that features a young Dutch could show how the animosity truly began, as well as the chance to explore a still wild wasteland being too good to pass up.

However, Rockstar could also take a similar slant to what they did with GTA IV: The Lost and Damned. The biker gang are antagonists in the base game but made to be more sympathetic in their own expansion. While Red Dead Redemption 2 is quick to remind the player that the O’Driscolls are straight up not great dudes, a chance to play as either Colm or one of his cronies could afford players the chance to really let loose without having to worry about being dishonorable.

If Rockstar are ever going to make single-player DLC for Red Dead Redemption 2, this is probably going to be it. The original Undead Nightmare was a delightfully kooky escapade that saw John taking on the undead with some of the main game’s most beloved characters turning into zombies. He could also unlock some pretty damn sweet horses.

How would you apply this to Red Dead Redemption 2, a game far more expansive and detailed than its predecessor with so many more moving parts to consider? It’s easy: set it in one location, Saint Denis, and make it into a survival sim-like where Arthur has to find supplies in ruined buildings for his gang while fending off the undead using fortifications. Perhaps the DLC can open up the more you play, but one thing we do know is that we want Undead Nightmare 2.